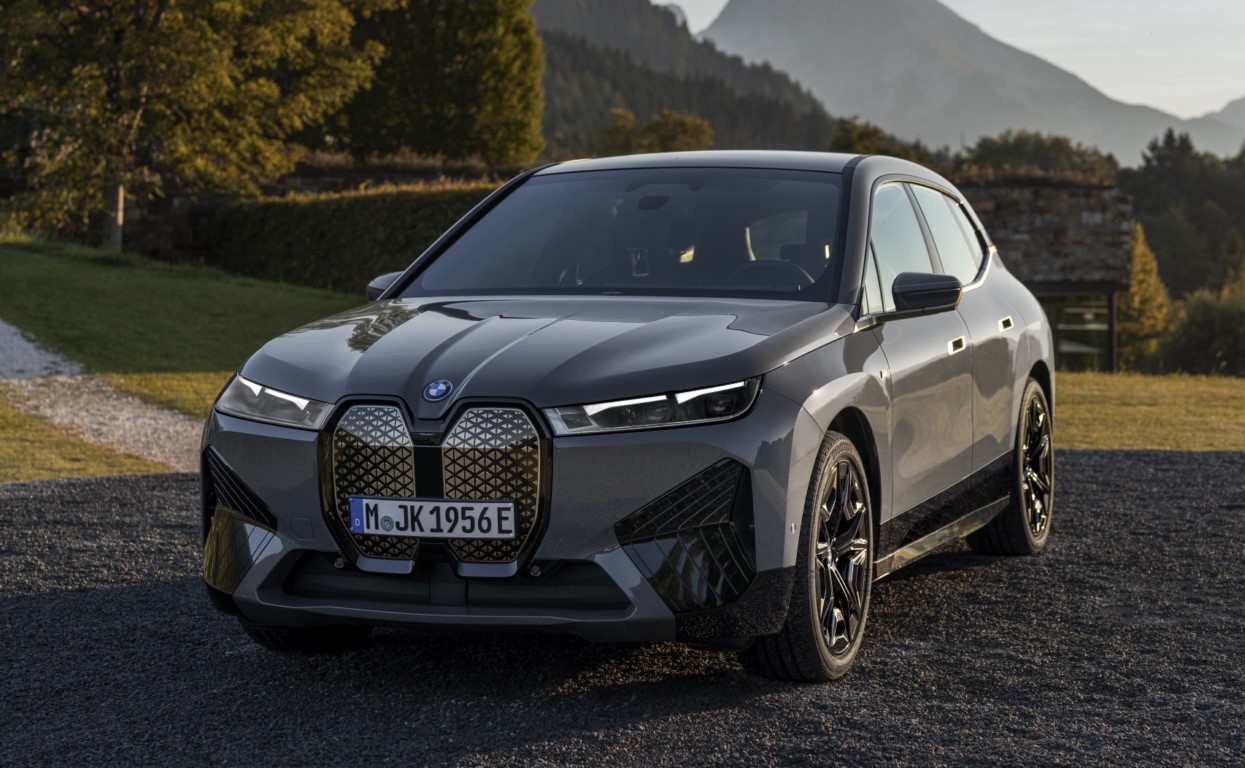 After the leak, comes the official debut of the new BMW iX M60 2022. The first electric SUV from BMW M Performance is now a reality. The manufacturer has presented the top-of-the-range version at CES 2022 in Las Vegas. A variant that will hit the European market at the end of next year, with more than 600 HP of power.

The first units of the new BMW iX They will soon reach dealerships, flooding the streets of the main European roads and capitals. For sale, with prices in the two available versions, one is missing that will arrive at the end of the just released year, putting the icing on the electric SUV range. The new BMW iX M60 has just been unveiled, and can be ordered from next June.

The second model that has left the premises of «M Performance» has been one of the great novelties of CES 2022, the great electronics fair held in Las Vegas. The iX M60 does not present an extra level of aggressiveness as we have seen in other high-performance BMW models, but in this section it is rather discreet. It only stands out for the special details of the “M Performance” sports package, which includes 21-inch alloy wheels as standard -of 22 optional- both painted in black, the bronze details that run through the body, the brake calipers painted in blue or the badges of “M” and “M60” finished in glossy black and titanium.

Index hide
1 The BMW iX M60 is the most powerful electric SUV in the range
1.1 Concept Mercedes-Maybach EQS, the advance of the electric SUV that arrives in 2022

Unlike the i4 M50, the German brand has not bothered to give a new look to the front grill, the bumpers or the exterior rear-view mirrors, the latter a detail that was being imposed on all high-performance electrics but that for cause aerodynamics have not done so on this model. Inside, the most striking detail are the new sports front seats with integrated head restraints and of course the large curved “Live Cockpit Professional” display, the dimensions of which remain intact: 12.3 inches for instrumentation and 14.9 inches for infotainment.

The standard equipment includes special details such as the panoramic roof “Sky Lounge” or the sophisticated surround sound system “Bowers & Wilkins Diamond”, as well as a series of special sounds for the mandatory buzzer “BMW IconicSounds Electric”. The new iX M60 is based on the most powerful version currently, that of the xDrive50, although with a specific tuning of the chassis. The air suspension has been specially tuned, as well as the Electronically adaptive dampers, steering, brakes, anti-roll bars and active rear axle steering, which allows you to exit with more energy from the curves.

Concept Mercedes-Maybach EQS, the advance of the electric SUV that arrives in 2022

Under the body, it equips the fifth generation of «eDrive» technology, with two electric motors that add up to a maximum power of 619 CV and a maximum torque of 1,015 Nm, increasing to 1,100 Nm if the “My Mode Sport” function is activated with “Launch Control” for a few seconds, offering some of the features detailed below.

* In Sport driving mode and for 10 seconds

The German firm has mounted a powerful battery with a net capacity of 111.5 kWh, which produces energy for a maximum range of 566 kilometers. The system is rechargeable in a charging point with a power of 200 kW of direct current, requiring 10 minutes to achieve energy for 150 kilometers.