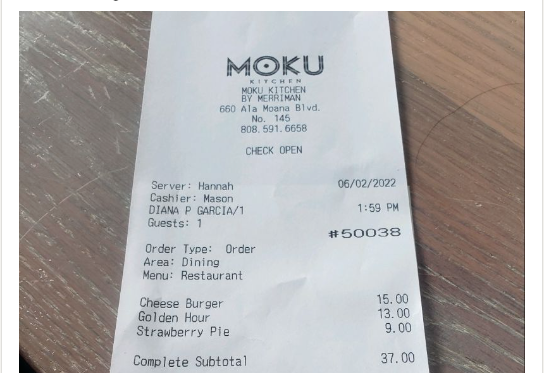 The account of a restaurant could not be paid by card, since, due to a bank error, it was blockedbut the response of the establishment was immediate.

LinkedIn was the social network through which the story of a vacationer who, upon learning that her card had been blocked by the bank, was forced to experience a truly uncomfortable situation was revealed.

Since its inception, LinkedIn has positioned itself as a platform used primarily to create employment networks., a fact that has helped him, in that sense, to become a great recruiter of talent; however, over the years, various users have found a new way to socialize on the platform.

Until April of last year, according to data from the platform itself, more than 720 million users had been registered, and today it is an essential tool for those companies that are looking for talent.

Now, according to what it reveals Statistical, The United States is the country with the most congregated users on LinkedIn, with more than 180 million active registered accounts in 2021.

A little further down the geography, Mexico is a country with a large community of users attached to LinkedIn, currently reaching 17 million registered users.

Read:  Milwaukee is the brand with which they will repair Metro failures

Like any other social network, such as Facebook or Twitter, some LinkedIn users have found an interesting way to interact with each other, without leaving the essence of the social network itself, which is, as we already mentioned, creating and/or establishing networks. of jobs, companies, etc.

A sample of the latter can be found in the conversation that generated the story of a woman named Diana Patricia García Ocampo, who, through a post, recounts the uncomfortable experience she had with her bank in Colombia, while he was in the United States.

According to the user, after a tired day, she decided to go to a restaurant to eat and drink something; However, when she wanted to pay with his card, the unimaginable happened: she was blocked.

Being outside of his country, according to what García Ocampo says, the bank practically cannot do much, in addition to being left without another channel of communication, while the urgency to pay the restaurant bill was greater; however, the response from Moku Kitchen, the restaurant where he was, was unexpected.

“Enjoy your food and your trip, we understand what you may be going through. All your order is courtesy of the house”, was the response of the establishment.

Today, social networks have become a compendium of experiences, between positive and negative, which make clear the great power they have achieved over the years.

Currently, according to official figures, there are nearly five billion Internet users around the world, who are also connected to social networks.

LinkedIn, for a few years, has been very useful in a context in which companies increasingly turn to social networks to keep up with what is happening.