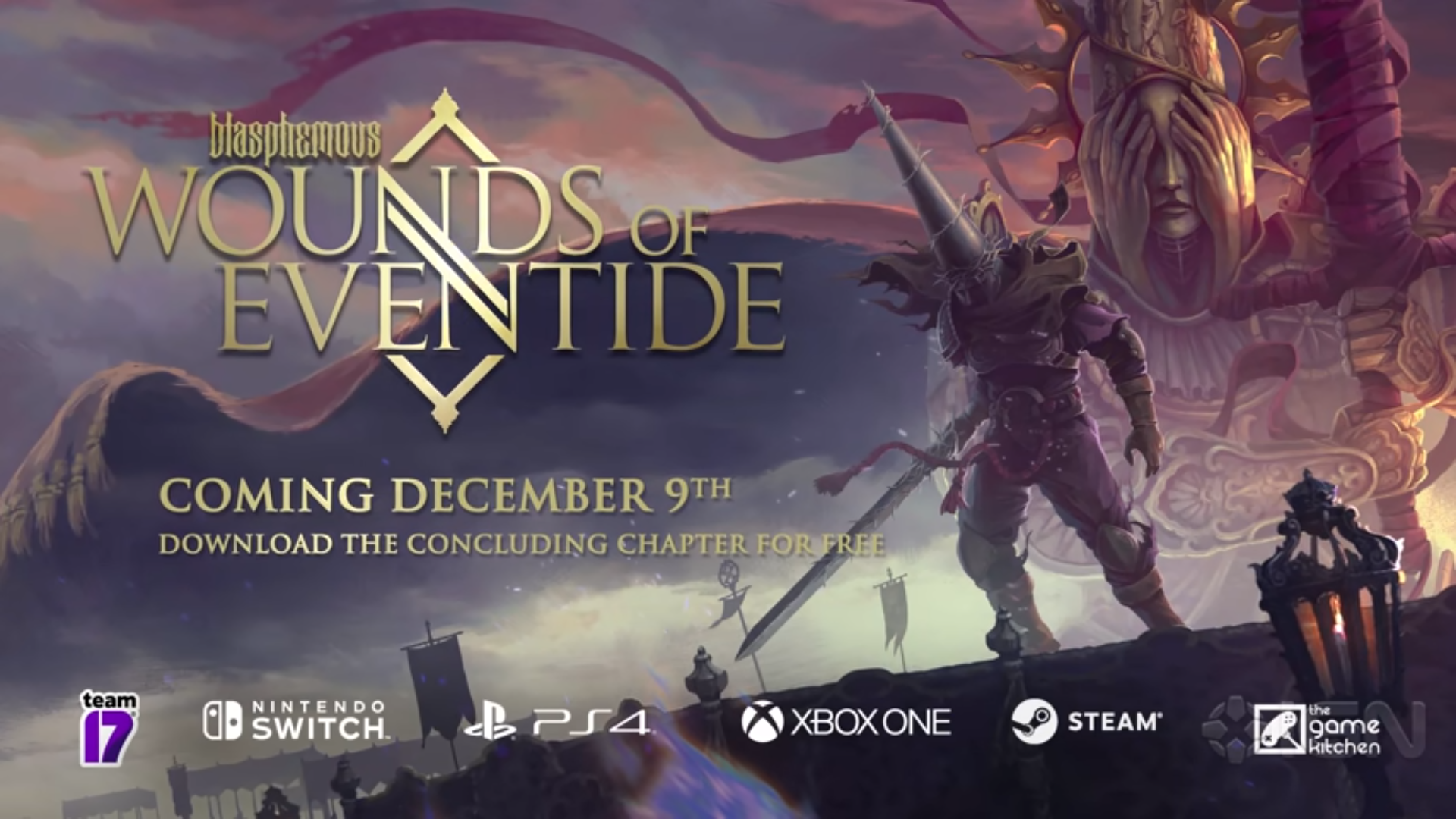 Index hide
1 The Spanish metroidvania Blasphemous from The Game Kitchen, has already set a date for its new free DLC Wounds of Eventide that will be released on consoles and PC on December 09.
1.1 Share it with your friends
1.2 I like this:
1.2.1 Luciano Mezher

The Spanish metroidvania Blasphemous from The Game Kitchen, has already set a date for its new free DLC Wounds of Eventide that will be released on consoles and PC on December 09.

Blasphemous: Wounds of Eventide It is a free DLC that works as the final chapter of the story; while we wait for the launch of the second part of the game announced for 2023.

The DLC will have some hints of what to expect for its continuation.

A terrible curse known as the Miracle has fallen on the land of Custody and its inhabitants.

You are the Penitent, the only survivor of the slaughter of the brotherhood of the Mute Lament.

You are trapped in a penance cycle of constant death and resurrection, and only you can rid the world of this terrible fate and reach the source of your anguish.

Next PostSeasonal sales are coming to Steam

Film critic and founder of the digital magazine visiondelcine.com. Video game lover from the family in the crib to a PC Gamer in the living room. I’m still hoping to see Half-Life 3.

Read:  Tiny Tina's Wonderlands receives a new trailer focused on two of the new classes that we can choose