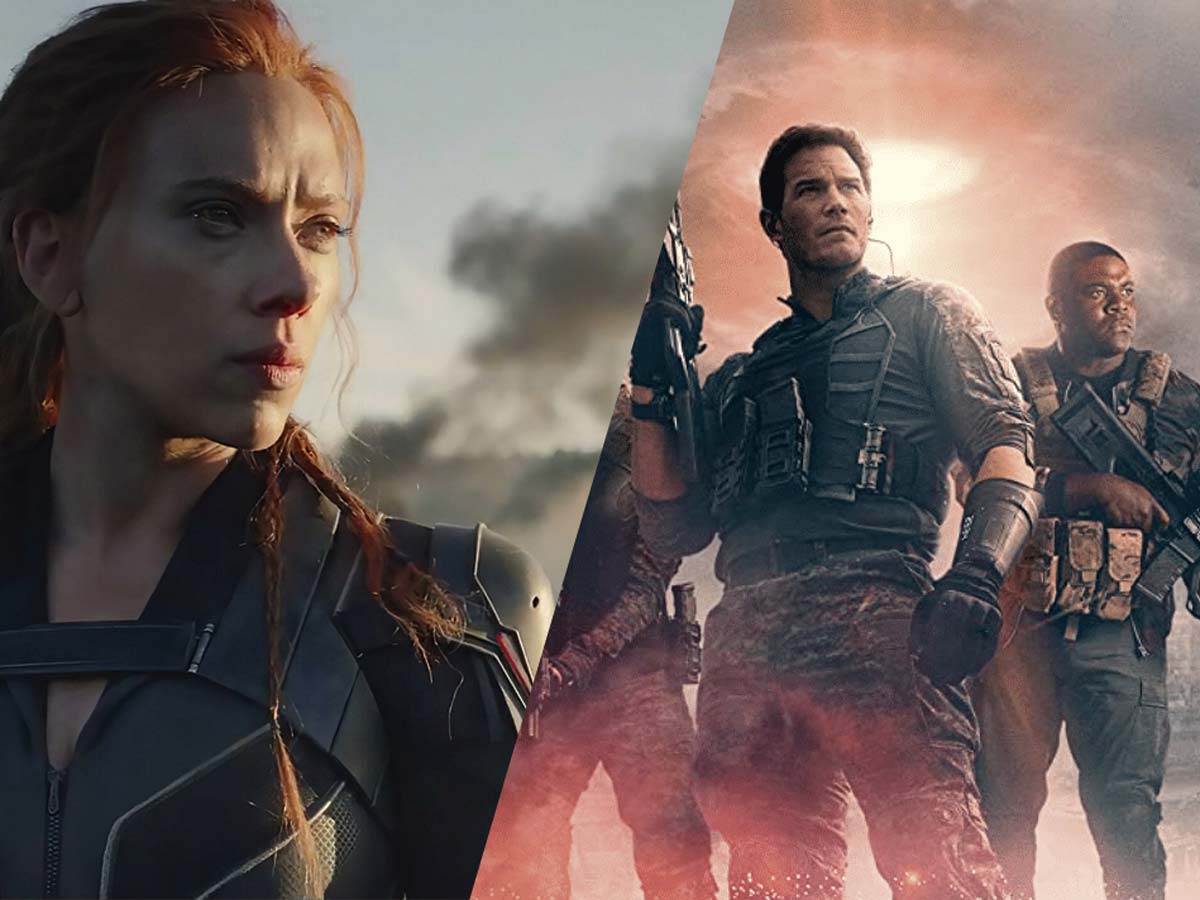 Two Marvel stars would have clashed under normal circumstances to see which of their films reached the box office number, however the pandemic changed the rules of the game and Black widow starring Scarlett Johansson suffered several delays until its premiere simultaneously in cinemas and on the Disney + Streaming platform with a premium subscription and The war of tomorrow with Chhis Pratt at the helm, it was acquired by Amazon to be broadcast directly from its platform.

However Black widow it has the dubious honor of having surpassed Tomorrow’s War as the most pirated film of the pandemic era. Natasha Romanoff’s solo MCU adventure only hit theaters 11 days ago, and received a simultaneous day-and-date release on Disney + for an additional fee. The movie raised $ 60 million from the broadcast alone, this being the first time that Disney has shared its collection figures on the Streaming platform. While the film also topped $ 100 million at the box office in record time, Black widow it also experienced the steepest drop in its second weekend of any Marvel movie.

Another Marvel star saw a huge box office hit in July, the sci-fi movie in which we see Chris Pratt traveling back in time to take on an alien invasion on Amazon Prime Video. The war of tomorrow It was the number one streaming movie in the world after its release despite the criticism and a sequel is already in the works that will feature the return of Pratt and director Chris McKay. The film follows Dan Forrester (Chris Pratt), a veteran who is sent into the future to wage an apocalyptic war against an alien species known as White spikes. There, he and his fellow soldiers must find a way to save both the past and the future.

Now, according to Torrent freak, Black widow has surpassed The war of tomorrow as the most pirated movie of the pandemic era. The MCU film has spent two weeks topping the list, while the film starring Chris Pratt ranks third behind Gunpowder Milkshake from Netflix. The website does not provide specific numbers about how many times each movie has been downloaded.

While many studios have turned to streaming over the last year and a half to release some of their biggest films, streaming poses many problems, especially for movie theaters, already heavily hit by the pandemic. NATO (National Association of Theater Owners) recently issued a statement blaming the MCU movie’s box office crash on the fact that Black widow premiered on Disney +.

“Without a doubt, piracy further affected the performance of ‘Black Widow’ and will affect its future performance in international markets where it has not yet opened. The flawless digital copies were available within minutes of their release on Disney +. ‘Black Widow’ was the movie with the most downloads of the week that ended on July 12 “, NATO said in its statement.

He also pointed out that the same thing happened on HBO Max with his plan to release his films simultaneously in 2021, such as Godzilla vs Kong or Mortal Kombat.

Although it is not known how it would have fared The war of tomorrow in theaters, it’s safe to say that it could have had a good box office thanks to its main star and the simple fact that it is, in many ways, a perfect summer.

Another problem it presents is the accessibility of piracy. With both movies available to stream, it was much easier for people to download high-quality versions of the movies. Studies and networks are not alien to this problem: Game of Thrones was for a long time the most pirated series on the net, but with blockbusters like Black Widow and The War of Tomorrow Available online, it dramatically reduces the profit margins of some of the study’s highest potential earnings. Moving forward, it will be interesting to see how Amazon and Marvel react to this news, if anything is done.

We for our part condemn the downloading of illegal content, and we invite you to enjoy the best cinema and the best series on either of the two platforms, and if you want to try Disney + you can do it here.

Dacia studies eliminating the cheapest version of the Sandero