Bullfrag
Home Entertainment Black Widow adds a new chapter to the history of the Super... 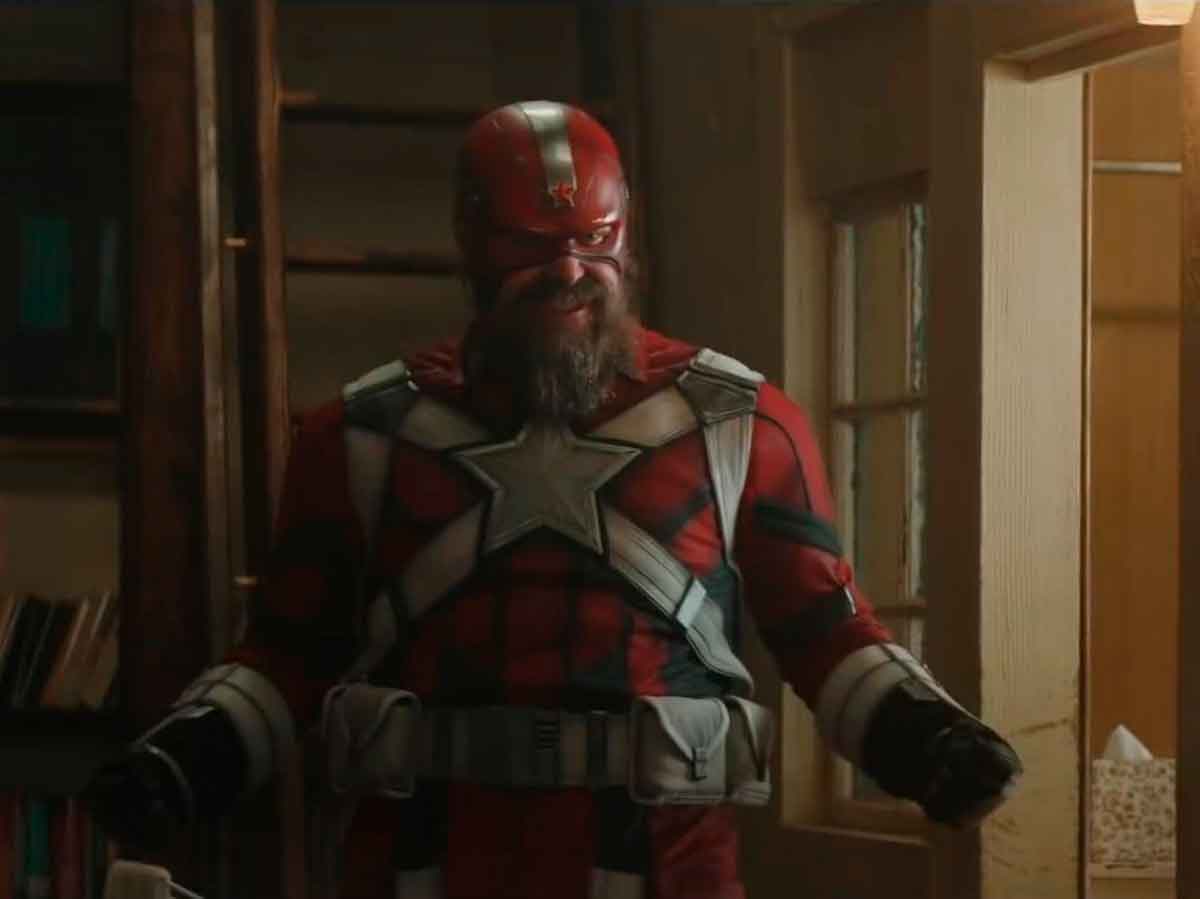 Facebook
Twitter
Pinterest
WhatsApp
Index hide
1 Black Widow’s Red Guardian Was The Soviet Union’s Answer To Captain America
1.1 The history of the Super Soldiers in the MCU
1.2 The Soviet Union also participated in the super soldiers race
1.3 The red guardian
1.4 Behind the scenes

Throughout her many appearances in the Marvel Cinematic Universe, much of Black Widow’s (Scarlett Johansson) past has remained hidden. All that changes in Black widow, the first theatrical release of Marvel Studios since Spider-Man: Far From Home 2019. The film is a triumphant return to the big screen for Marvel, opening the door to the rich world of espionage from which Natasha Romanoff, also known as the Black Widow, comes from. In addition to exploring her training in the Red Room and the infamous Budapest mission mentioned in The Avengers, the film introduces the “family” from Natasha’s childhood.

Having been recruited into the red room when she was still a child, Natasha did not grow up with her biological family. However, the film reveals that she spent three years posing as one of the daughters of Alexei Shostakov (David Harbor) and Melina Vostokoff (Rachel Weisz), both agents of the Red Room supervisor, Dreykov (Ray Winstone). While Melina was a widow like Natasha and her “sister”, Yelena Belova (Florence Pugh), Alexei had spent her youth as the Soviet Union’s answer to Captain America: the Red Guardian. And, like Cap, he was a super soldier.

The history of the Super Soldiers in the MCU

Super soldiers have had a long and legendary history in the MCU. Appearing for the first time in Captain America the First Avenger Back in 2011 when a scrawny Steve Rogers underwent the experimental procedure that transformed him, it initially seemed like the super soldier program had died out with its first hit. Following Steve’s transformation, Dr. Abraham Erskine, creator of the serum, was assassinated. This supposedly resulted in Erskine’s formula being lost forever, leaving Steve and Red Skull, who had used an unfinished version of the serum, as the only super-soldiers in existence until then.

Of course, it was soon revealed that more super soldiers were active in the MCU. Captain America: The Winter Soldier revealed that Hydra had recreated the serum, transforming Steve’s former ally and friend, Bucky Barnes, into his own superhuman assassin. And in Captain America: Civil War, Bucky tells Steve that he was one of the many super soldiers created by Hydra. One more twist occurred in the recent Disney + series, Falcon and the Winter Soldier, when Bucky introduced Sam Wilson to Isaiah Bradley. Isaiah was the only successful test subject when the United States Armed Forces secretly began testing versions of the serum on black soldiers. It was a dark turn in the history of the MCU super soldiers, with Isaiah incarcerated, experimented on, and undercover by the government.

The Soviet Union also participated in the super soldiers race

Beyond the super soldiers created by Hydra and the United States Army, and the black market serum sold for the force of power in Falcon and the Winter Soldier, there was never any indication that other nations had perfected a super soldier serum. But all that changes in Black widow. Alexei becomes the first super soldier sanctioned by the government of another world power. In fact, he refers to himself as the “First and only super soldier” from the Soviet Union, and Natasha regularly refers to him as one, seemingly confirming that he is indeed the result of the Soviets’ own program, presumably deriving his superhuman strength and stamina from a serum similar to the one that created Captain America.

Interestingly, the Red Guardian appears to be even stronger than Captain America, overturning a truck with his bare hands and scaling walls with ease. This would suggest that the Russian super soldier program exceeded the potential of the Americans’ Project Renaissance, at least in Alexei’s case. It is, in particular, the only Russian supersoldier, which may suggest that the Soviets were unable to replicate the success of its creation. The unfavorable failure-to-success ratio on the shows that gave Isaiah Bradley and Bucky Barnes their powers is evidence that the serum is notoriously difficult to perfect. Alternatively, it may be the case that the Soviets only sought to create a single Red Guardian, and he served more as a propaganda response to the creation of Captain America. Since Alexei was still active when the Soviet Union fell,

With the introduction of the Red Guardian, Black Widow has added a new chapter to the MCU Super Soldier mythology. Since Alexei is still alive and well at the end of the film, he is likely to return in future MCU projects, possibly crossing paths with fellow super soldier Bucky Barnes, or even Sam Wilson, the new Captain America. It is not clear where he will appear but surely doing so will deepen the story of his transformation and can reveal even more details about the world of super soldiers in the MCU.

The film is now available in theaters and on Disney + with premium access, if you don’t have a subscription yet you can try the service streaming here.

Mistakes when it comes to healing the baby’s navel