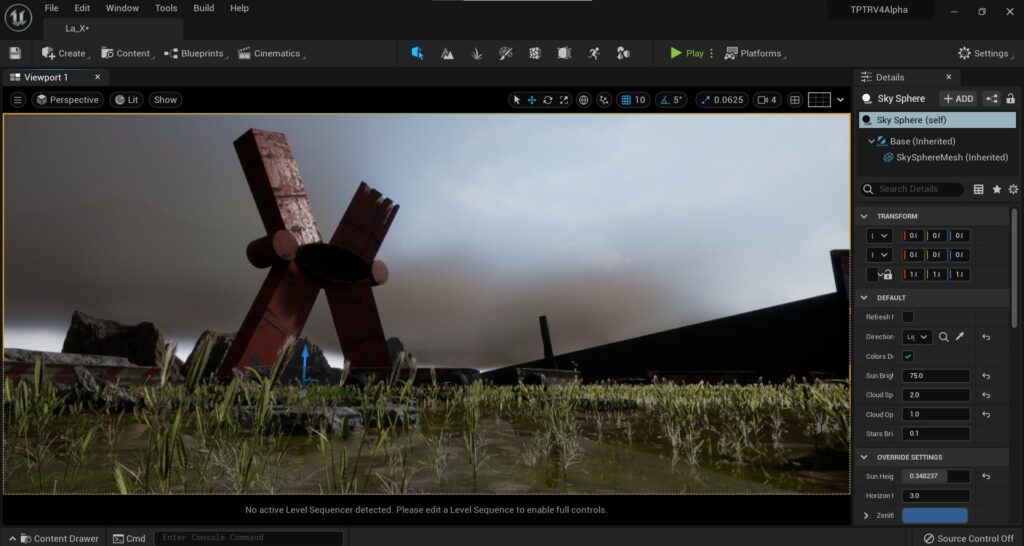 Do you like horror games, survival horror and more if they are set in emblematic places like Ciudad Juárez? Well now, we have an option that will surely delight everyone, which is called Black Noise, a 100% Mexican survival horror title, which has given a lot to talk about in recent days, so we gave ourselves the task of contacting to its creator, Alan Rodríguez, who is the game’s designer, programmer, and lead director (he does pretty much everything).

Index hide
1 Before starting with the interview, let’s first see, what is Black Noise?
2 How would you define your game?
3 How was this idea born and why set it in a city in the Mexican Republic?
4 Where did creating a survival horror project come from and creating a story like this, focused on science fiction and horror?
5 In what phase of the game are you and what do you need to finish it or continue advancing?
6 What are the main challenges you face as a developer?
7 What is the next step now that the project has started with a large exhibition?
8 Questions from fans

Before starting with the interview, let’s first see, what is Black Noise?

It is a survival horror game, which is set in Ciudad Juárez, Chihuahua, which has the vision of showing an apocalyptic world, which is being carried out through Unreal Engine 5, this will show dark and gloomy scenarios, where we will have a protagonist , which will seek to push viewers to the limit, which takes up elements of Evil Within, Resident Evil and other games of the same style.

How would you define your game?

It is a survival horror game, mixed with elements of exploration and terror, set in the city where I live, Ciudad Juárez, it has a third-person view. Black Noise as such, is a phenomenon that occurs in the audiovisual field, it is a type of interference, which, mixed within the video game, entering science fiction, my goal is to “interfere” with the senses of the people in certain areas, with noise, blur, disorientation, all your senses are affected, affecting the health of people or survivors.

This Mexican game features a terrifying version of Ciudad Juárez

How was this idea born and why set it in a city in the Mexican Republic?

Two years ago, this whole idea was born that I wanted to create my own idea of ​​horror, so, from high school I joined all this in the development of video games, within the university, I presented a version that focused only on my faculty , but when presenting it in a conference, it began to generate expectations, many people began to ask me if I would add more things and what would I add; at the same time, I was going to present it as part of my thesis, but it was not accepted, because it did not solve any problem for the community.

Shortly after, leaving it on pause, I decided to resume it, to cover an endless number of elements of Ciudad Juárez, in addition to the fact that, I would love to see a game set in my city, in addition to that it would be easier for me to design one city ​​that I already know to invent it, there were many reasons that led me to create this project in this way.

Where did creating a survival horror project come from and creating a story like this, focused on science fiction and horror?

Mainly, I love Survival Horror games, it could be said that it is my favorite genre, plus I love games like Resident Evil, Silent Hill, The Evil Within, Soma, etc, hence I thought that I could create my own survival game horror, giving my version of events, in addition to wanting to do something more Mexican, with a real aspiration.

In Ciudad Juárez, as we are a border, it is known that the largest source of income is manufacturing, and also, the same government, together with the universities, seek to create an alliance with technology companies, such as Microsoft, Google, etc., in order to do so, turn Ciudad Juárez into a Technological Pole. Thanks to this, I was able to think of an idea that would focus on this, on designing a device that helps people improve their health.

This is how I thought of the idea of ​​NervoLink, which is a device that is implanted in people’s heads, to correct the ills that they presented, from curing cancer, improving their vision, etc., but a natural event occurs, which It is the fall of a meteorite, damaging everything in the city and with it, the NervoLinks.

Read:  Recharge your cell phone from $ 10 at Amazon, discover how this new service works

In what phase of the game are you and what do you need to finish it or continue advancing?

Currently, we are in a very early phase, it is a prototype, it is not an alpha, it is not a beta, it is a prototype of something that I did, to show what is the mission that I have with the game. On the other hand, what I would need are hands, staff to help me do all the things that I really can’t do; As I mentioned, I have done practically everything, so development progresses slowly.

What are the main challenges you face as a developer?

The main challenges is that a video game is a multidisciplinary activity, you have to know many things, I have the advantage that, over the years, I got involved in many of the areas that are required, I know how to edit audio, video, graphic design, 3D design, programming, etc, it is a bit complicated, because I am not an expert in anything, there are many things that I cannot master.

What I am doing is preparing myself in everything I am doing, it is a challenge to try to take it on your own, and also to find people who are willing to do the work, because you can find many enthusiasts who say yes at the beginning, But when they see the workload, they give up and leave the project.

What is the next step now that the project has started with a large exhibition?

Everything that is happening caught me very unprepared, with all the visibility it is having, but it also motivates me, to be able to continue working everything, mainly with conceptual artists, to be much clearer about what is going to be done, the following would be work with designers; later, go to programming, to start polishing everything the game needs, from mechanics and everything that this encompasses, as well as doing it with sound, which is already one of the final parts.

A year from now, we see a more aligned concept and with a long way to go, but already more focused on what we want to do, obviously not finished, but advanced, we hope that with half the work already done, as well as now with a clear and determined path, to advance to the next step.

The game, ready to be released, could be in two years, already with corrections and 100% polished, although we also seek to launch a playable demo, which helps us to visualize what the juice will be about and help people decide to buy it, we want That this is impeccable, since people leave with the first impression that the game gives them, for that reason, we would seek to deliver a quality product, of which they can become fans.

Another thing we were looking for are the questions from the community, some that are important and have not had the visualization they require, here are some that we consider relevant:

Where will the game be released? At the moment it was only considered PC to be able to launch the game, but probably, a negotiation with Xbox will be reached, although only on the last generation console.

Mexican dubbing, is there a probability of hiring Mexican actors? Everything will depend on the budget to be able to see if recognized talents are hired or not, such as Gerardo Reyero, who has already made a video to support the video game, although Alan wants the game to be an intermediate between AAA and Indie, “you are not as simple as to be considered an indie game, but you are not big enough to be an AAA “, comments the developer.

And this is how we see the beginning of a project, which begins to take its first steps, now, it only remains to wait for its Kickstarter campaign to be launched, achieve its goal, hire staff and thus, can continue to do everything that want to do.