By JenniferJoyJanuary 5, 2022No Comments3 Mins Read 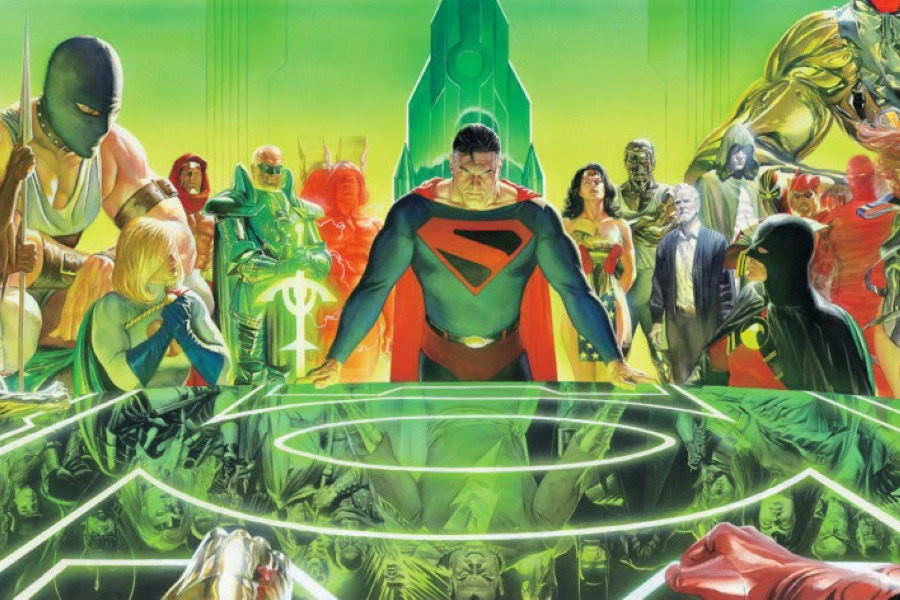 Share
Facebook Twitter LinkedIn Pinterest Email
Index hide
1 One of the most acclaimed Elseworlds in the DC Universe, Kingdom Come, could come to the cinema from the hand of Hiram García, producer of Black Adam.
2 While Kingdom Come is a reality …
3 The New Frontier is upon us.
4 Also being read:

One of the most acclaimed Elseworlds in the DC Universe, Kingdom Come, could come to the cinema from the hand of Hiram García, producer of Black Adam.

In 2022, Black Adam will make his big screen debut, in a film starring Dwayne ‘The Rock’ Johnson, who is the producer of the film alongside Hiram García, who pointed to the following story that he wants to bring to the big screen: Kingdom Come.

In an interview with the Collider site, Hiram Garcia expressed his wish that Seven Bicks, the company that produces Black Adam, can also carry out this epic saga of 2006, cataloged as the best Elseworld in the DC Universe.

“I think the dream project is something that we have always talked about at Seven Bucks, that we would love to do one day, that it is a more difficult ambition due, obviously, to intellectual property and rules etc, but I have always been obsessed with KingdomCome. The Mark Waid / Alex Ross joint they made. it is something very compelling in the great and cataclysmic combination of the old against the new… That is something that in a perfect world, we could do it, I would love to do it.”.

García detailed the characteristics that he was interested in making to take Kingdom Come to one or more films in the future.

“It’s the story of the juxtaposition of old school heroes against new school heroes and how they collide and a world so divided in terms of how they see what justice is now and what was and what should be … The story was always so compelling . We’ve always envisioned it as some kind of epic multi-movie saga. I think that’s something we’ve always dreamed of doing.”.

Read:  In Hawkeye, a post-credits scene with Kingpin would have been removed

While Kingdom Come is a reality …

As Kingdom Come becomes a reality, in June 2022 Black Adam will hit theaters,

“We are so excited for you and the fans to see the movie, because this cast and crew worked exceptionally hard to make this movie feel fresh and really introduce a new group of amazing characters to the world.”.

The cast of Black Adam is made up of Dwayne Johnson ‘The Rock’ as Black Adam, Pierce Brosnan as Kent Nelson / Doctor Fate, Noah Centineo as Atom Smasher, Aldis Hodge as Hawkman, Sarah Shahi as Isis and Quintessa Swindell as Maxine Hunkell / Cyclone.

Jaume Collet-Serra will be the director of Black Adam, a production that will hit theaters on July 29, 2022.

It may interest you: Kingdom Come – review and criticism

The New Frontier is upon us.

Welcome to mid-20th century America and the Silver Age of the DC Universe… a time of promise and paranoia, of glittering cities, segregated neighborhoods, dizzying scientific progress, and a Cold War about to break out.

It is in this environment that a new generation of young and brave adventurers appear who fearlessly accept the challenges of the New Frontier.