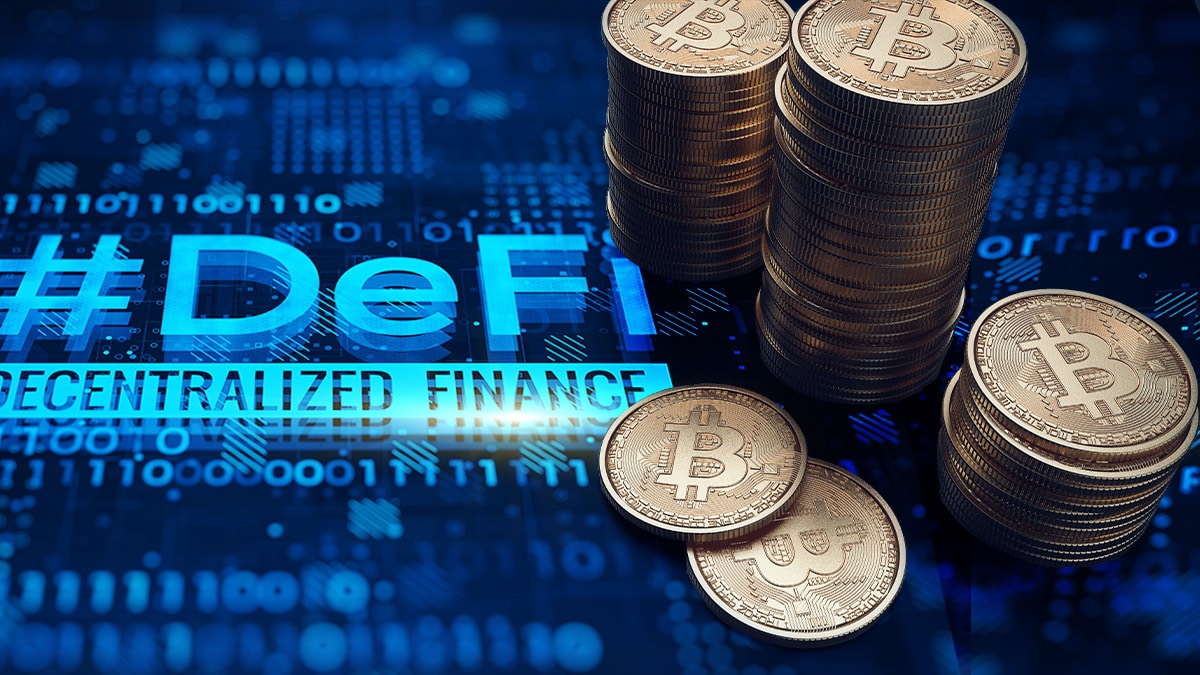 Index hide
1 Key facts:
2 How to use bitcoin in DeFi
3 The current landscape in DeFi

From the beginning of 2021 to date, bitcoins (BTC) locked in decentralized finance (DeFi) protocols have tripled. The data draws attention because this is a field that has always been dominated by Ethereum and, in recent times, other networks that provide greater facilities for the development of smart contracts.

However, the Bitcoin network and its sidechains are making a name for themselves in this arena. Information portal data defillama.com show that value locked on Bitcoin sidenets RSK, Stacks and DeFiChain exceeds $1.35 billion.

Although this is a smaller portion of the total funds deposited in DeFi, which at the end of 2021 reached USD 234 billion, it represents a threefold increase compared to the beginning of 2021. This can be seen in the following graph produced by CoinGecko at February of this year, based on information provided by defillama.com:

To delve further into this statistic, Accurate CoinGecko that most of the funds are on decentralized exchanges. In addition, of all the sidechains and second layer solutions, DeFiChain is the one with the largest TVL, with approximately 77% of the total assets.

How to use bitcoin in DeFi

To introduce bitcoin to the world of DeFi, a tokenized version of the crypto asset is used on side networks, for example, RSK. These bitcoin “emulations” follow the price of the cryptocurrency in real time, that is, they always maintain parity with its market price.

For the creation of these tokenized bitcoins, what is done is block a cryptocurrency deposit on the sidechain to get the token in return. Later, this process can be reversed, so that the locked BTC is recovered and the issued tokens are destroyed.

Read:  Fed FOMC Comments and Bitcoin “Bear Channel” Could Start a Decline to $28,000

Some of the DeFi platforms on Bitcoin side networks are Stacks, Money on Chain, Tropykus and Sovryn, among others.

There are also tokenized bitcoins on other networks, for example Ethereum or the BNB Chain. In the case of Ethereum, the token wrapped bitcoin (WBTC) “wraps” units of the cryptocurrency created by Satoshi Nakamoto in order to use it “covertly”.

With this and similar methods for creating related tokens, bitcoin can be used as if it were any other ERC-20 token native to the Ethereum network. Currently, there is $15.408 million on deposit for the creation of 335,249 tokenized bitcoins on Ethereum, according to data from btconthereum.com.

The current landscape in DeFi

Decentralized finance protocols offer services such as decentralized exchanges, stablecoins, loans, oracles, and derivatives trading. The difference with traditional finance is that they are based on automated methods through smart contracts and that they run on distributed networks.

The world of decentralized finance is increasingly diversified. As CriptoNoticias reported in January, little by little Ethereum is losing the dominance it used to have in this field. Other networks such as Terra, BNB Chain (ex Binance Smart Chain) and Avalanche are beginning to position themselves better and better to compete with it.

The advantage for Bitcoin, they highlight in the CoinGecko report cited, is that it can take advantage of the information available on what works and what does not according to what has happened in other chains. In this way, it is possible that the growth achieved during 2021 and part of 2022 will continue to strengthen.