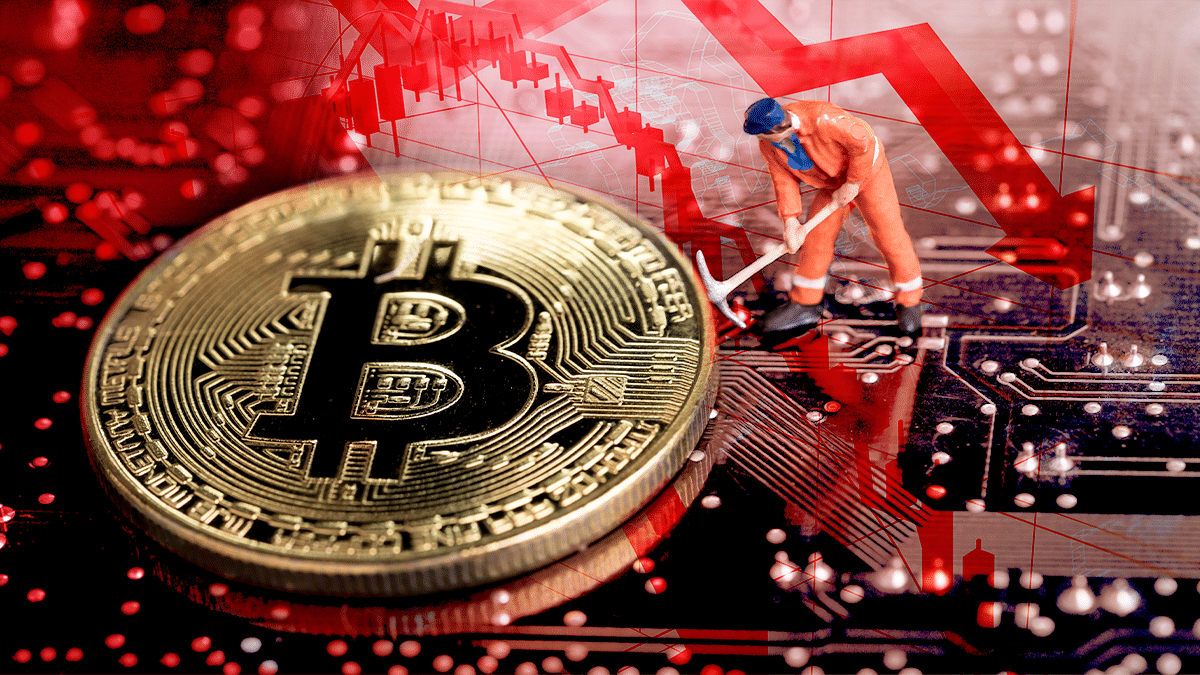 It has been a year since Bitcoin suffered a considerable difficulty reversal. Yesterday’s difficulty adjustment saw a 4% drop, something not seen since mining was banned in China in June 2021. At the time, the largest hashrate drop in recent times was experienced.

According to Brains, bitcoin hashrate decreased 12 EH/s in the period of the last 15 days, this is a significant percentage of the sum of all the computing power invested in the network. That figure places the measurement at 207 EH/s, far from the record reached on May 5. Confirmation comes with the network difficulty adjustment, which occurs every time 2016 blocks of transactions are added to the history (approximately 2 weeks).

Difficulty is a parameter that adjusts automatically and depends on the amount of computing power of the teams that carry out the Proof of Work to mine Bitcoin. This contributes to maintaining a controlled issuance of new coins, avoiding market inflation.

To get an idea of ​​the magnitude of this pullback, let’s imagine how much hashrate a large Bitcoin mining farm contributes to the network. According to recent reports from several major mining companies in the United States, we can calculate what Bitcoin’s 12 EH/s drop equals.

Riot Blockchain currently contributes 4.7 EH/s; Marathon about 3.9 EH/S; Hut 8 provides 2.54 and Bitfarms 2.7 EH/s. This gives a total of 13.84 EH/s. In other words, the hashrate decrease of the last 15 days is almost equivalent to these four companies turning off all their equipment they keep in the United States.

Despite the fact that during the first two months of the decline in the bitcoin price, miners, who rowed against the difficulties, seemed unaffected, the landscape could be changing. A) Yes, the main reason for the hashrate drop may be related to a low profitability outlook.

Read:  "What do I do with this?"; Waitress receives Bitcoin and rethinks the future of the tip

In CriptoNotcias we have reported the opinions of miners who agree on the perception that mining is profitable in the long term.

Nevertheless, those miners who rely heavily on immediate profitability to pay their electricity and maintenance bills could be in trouble. Either because they have no savings or because their savings are in BTC that they mined when the price was 30% higher and using it now would represent a loss.

Another possible reason, perhaps less likely, could be related to the recent disclosure of the clandestine activity of miners in China, which it represents a total of 21.11% of the global hashrate. This fact could have increased the nervousness of the people who still own equipment in China, without authorization from the State. It is no secret to anyone that China has persecuted Bitcoin miners for years, with or without legal restrictions.