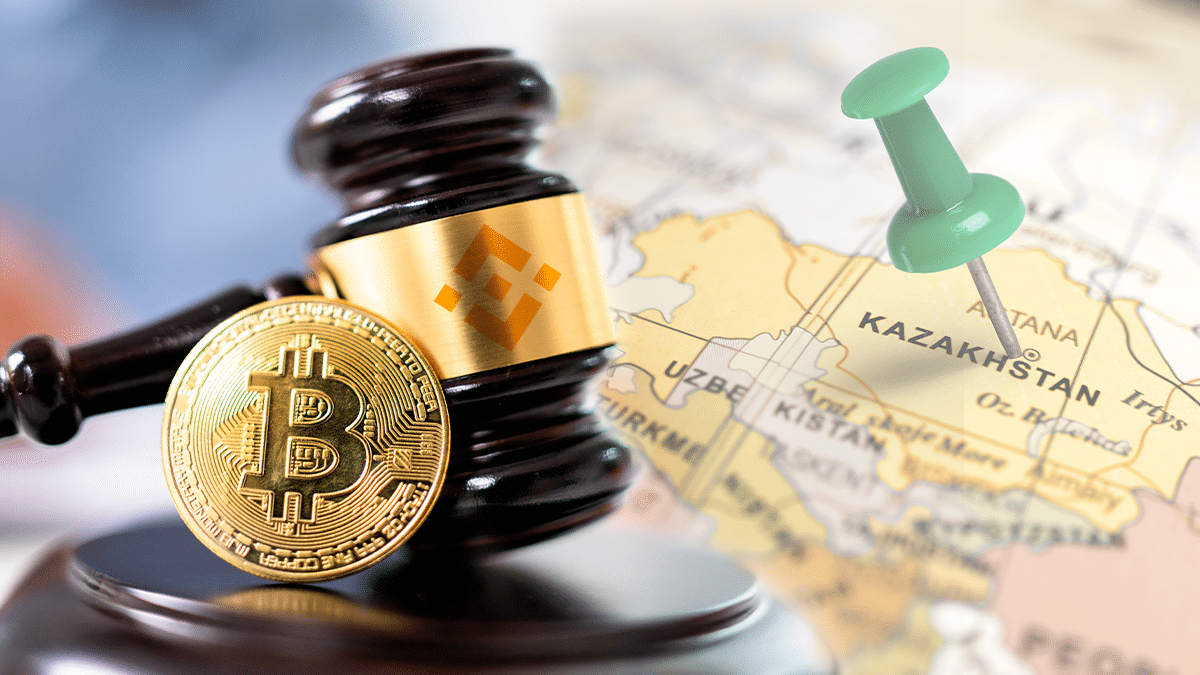 Binance, in addition to being one of the largest bitcoin (BTC) and cryptocurrency exchanges in the world, is also willing to develop regulations with the countries that require it. This after suffering several run-ins with regulators in various countries in previous years.

In this sense, the company directed by Changpeng Zhao announced that it will collaborate with the authorities of Kazakhstan to the development of the legislative framework and regulatory policy for crypto assets in that territory.

On this occasion, the exchange publicly announces its contribution to establish laws that regulate the cryptocurrency sector. Although Changpeng has met before with leaders and government representatives from other countries, it had not transpired whether the dialogue included any regulatory advisory agreement.

In addition to advice, the exchange will also seek the way to integrate into the banking infrastructure within the cryptocurrency market of Kazakhstan and facilitate the development and implementation of distributed ledger technology, according to a release from Binance.

They are also going to work on developing a “regional blockchain hub.” As well as creating a blockchain-oriented academy and venture capital fund to help local talent go global.

Zhao held a meeting with several ministers and the president of Kazakhstan himself, Kassym-Jomart Tokayev, where he stated that “the growing adoption of cryptocurrencies around the world is going to have a positive impact on society as a whole and that is one of our main objectives.

Since China began the persecution against Bitcoin mining, many companies have been forced to closeand leave that territory, in some cases, moving to neighboring countries as is the case of Kazakhstan.

Read:  Trader Points to 5 Cryptocurrencies That Could Rise Over 70% and Follow Bitcoin Toward $ 87,000

In that territory of Central Asia the companies were well received. In fact, in 2021 Kazakhstan was the second country in the world with the highest mining activity, with 18% of computing power behind the United States, a fact reported by CriptoNoticias.

However, not everything was rosy for Bitcoin mining in Kazakhstan. Earlier this year, power supply problems and political instability put the industry in that country at risk .

The serious difficulties in Kazakhstan made several mining operators consider leaving the country and migrating, at least part of their operation, to destinations such as the United States and Russia..

Despite this, Bitcoin mining continues to be developed in the Asian country, although with stricter rules. Earlier this month, Kazakhstan’s digital development minister, Baghdad Musin, issued an order that expands registration and reporting requirements for Bitcoin minersand other cryptocurrencies before regulators.

Given this scenario, Binance probably saw the possibility of boosting the industry in Kazakhstan, which would include the creation of regulatory frameworks adjusted to that sector. It is not surprising that the exchange bends to the legislations, after it faced the restriction of its operations in several nations.

The most recent achievement for Binance was scored when France allowed it to operate within your jurisdictionas well as becoming the first major cryptocurrency platform to receive a license as a digital asset service provider in that country.