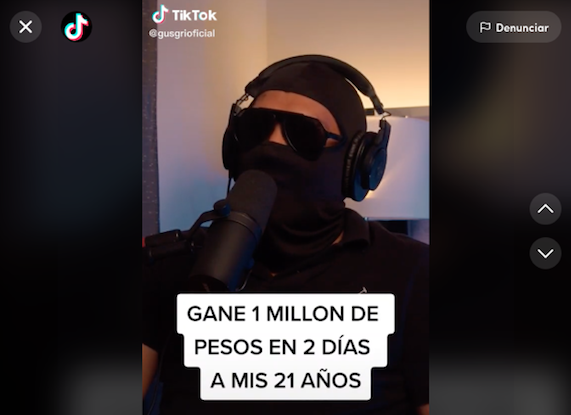 Gusgri, one of the podcasters most recognized today, interviewed a bettor, who revealed how, in just two days and by “mistake”, he won a million pesos.

In the so-called era of digitization, although it sounds like a hackneyed concept, one of the contents that has gained the most popularity is that of podcasts, a format that was born at the beginning of the millennium and has been consolidated in recent years.

In Mexico, the consumption of audio content continues to grow, as revealed by data from the Global Entertainment & Media Outlook 2021–2025 revealed that there was a community of 22 million “polisteners”, a figure that, by 2025, is estimated to reach 35 millionwhich is why the trend towards audio content, far from slowing down, will continue to grow.

Similarly, according to data from PwC, it is estimated that by 2025 there will be a community of 974 million people who will listen to podcasts around the world.

Faced with this boom, various platforms have begun to devise strategies to join the podcast boom, with Twitter being one of the most recent to announce the arrival of audio content for paid users.

Nowadays, thanks to the popularity that podcasts are reaching, one of the creators of this type of content is Gusgri, who, as part of his content grid, conducts interviews with all kinds of digital creators and personalities, a space where has revealed viral information.

In one of his recent videos, shared through his TikTok account, Gusgri interviewed a bettor, who revealed how, due to an alleged “mistake”, he won up to a million pesos in just two days.

So far, the video has already collected more than four million views and more than 260 thousand likes, also generating a great conversation among Internet users.

Over time, social networks are becoming more and more consolidated and, in fact, they continue to transform in such a way that they are already an essential tool for content creators who, today, are a great reinforcement for brands and their strategies.

On the other hand, we are also talking about one of the most common practices among consumers. In fact, betting on sporting events is already very common.

A survey conducted by the European Football Benchmark Statista and Sportfive mention that, in this context, Italy is the country where sports betting is most popular. Of a total of 2,600 football fans surveyed, 48 percent of Italians said they bet on matches, although only 17 percent manage to make a profit.