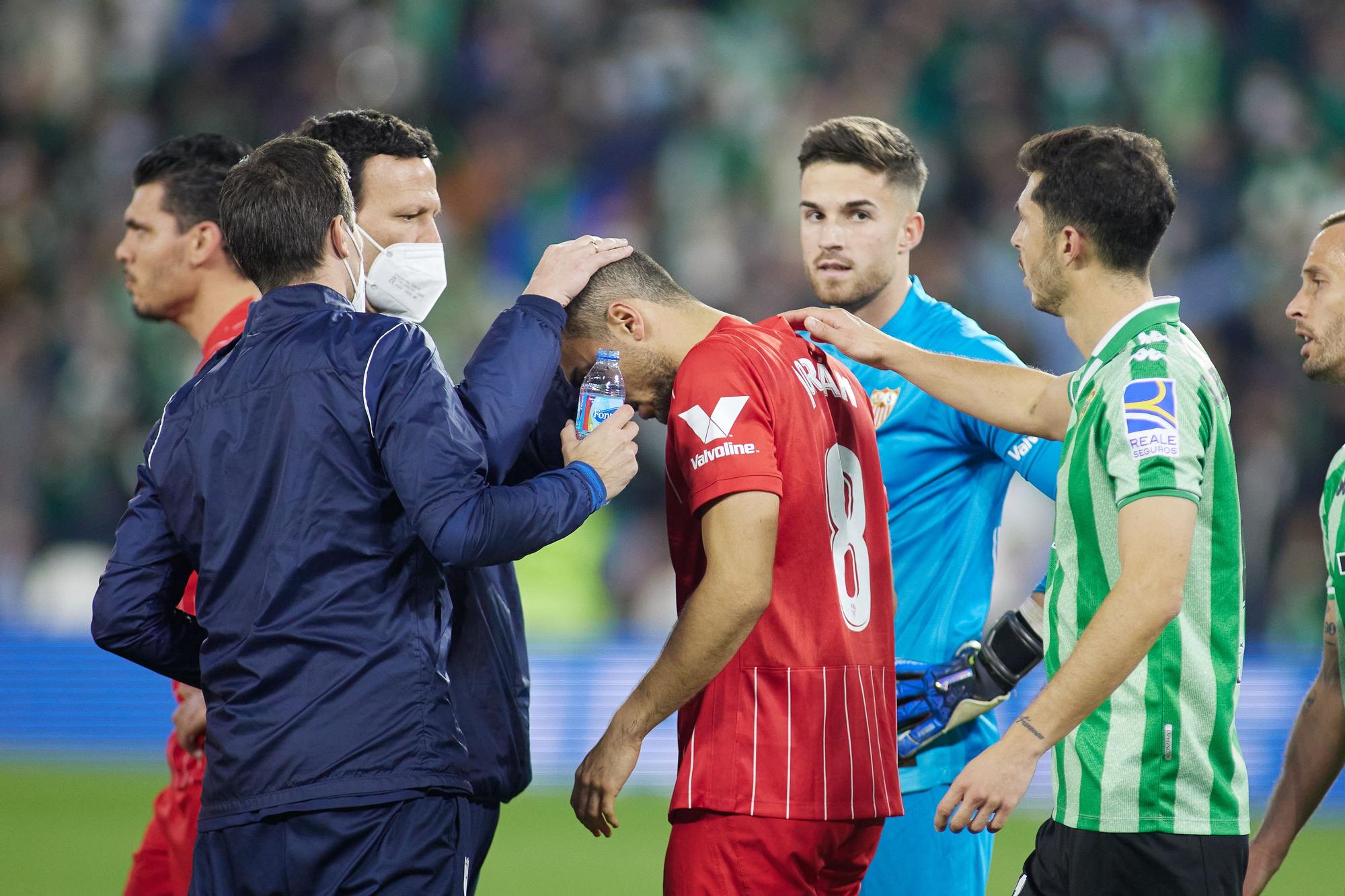 The Real Betis has made public this Saturday night a statement in which “strongly condemns the throwing of an object onto the field of play during the Copa del Rey match” who played at the Benito Villamarín stadium against Seville and highlights that the club “has immediately collaborated with the National Police to identify the alleged author of the launch.”

Betis adds in its letter that this fan “The entity’s Disciplinary Regulations would be applied with the utmost rigor” and that the club’s intention has been “at all times to resume the match and hopes to conclude it as soon as possible.”

The derby, from the round of 16 of the Copa del Rey, was suspended by the referee after 39 minutes into the first half, Sevilla player Joan Jordán received the impact of a PVC bar on the head just after tying the game at one. local team.

The incident occurred as soon as Betis equalized with an ‘Olympic goal’ by Frenchman Nabil Fekir and, in celebration of the goal by the local fans, a stick thrown from the stands of Gol Sur del Benito Villamarín hit the head of Jordan, who at first fell on the grass, somewhat stunned.

Real Betis Balompié strongly condemns the throwing of an object onto the pitch during the Copa del Rey match. The Club has immediately collaborated with the National Police to identify the alleged perpetrator of the launch, (1/2) pic.twitter.com/fp42yoOL6X

The National Police, a member of the security device activated to this rivalry match that had been declared high risk, has been working since the events occurred to identify the alleged perpetrators of the altercations, although at the moment there are no detainees, according to police sources.

Read:  The iPhone also suffers from the resurgence of COVID-19 in China