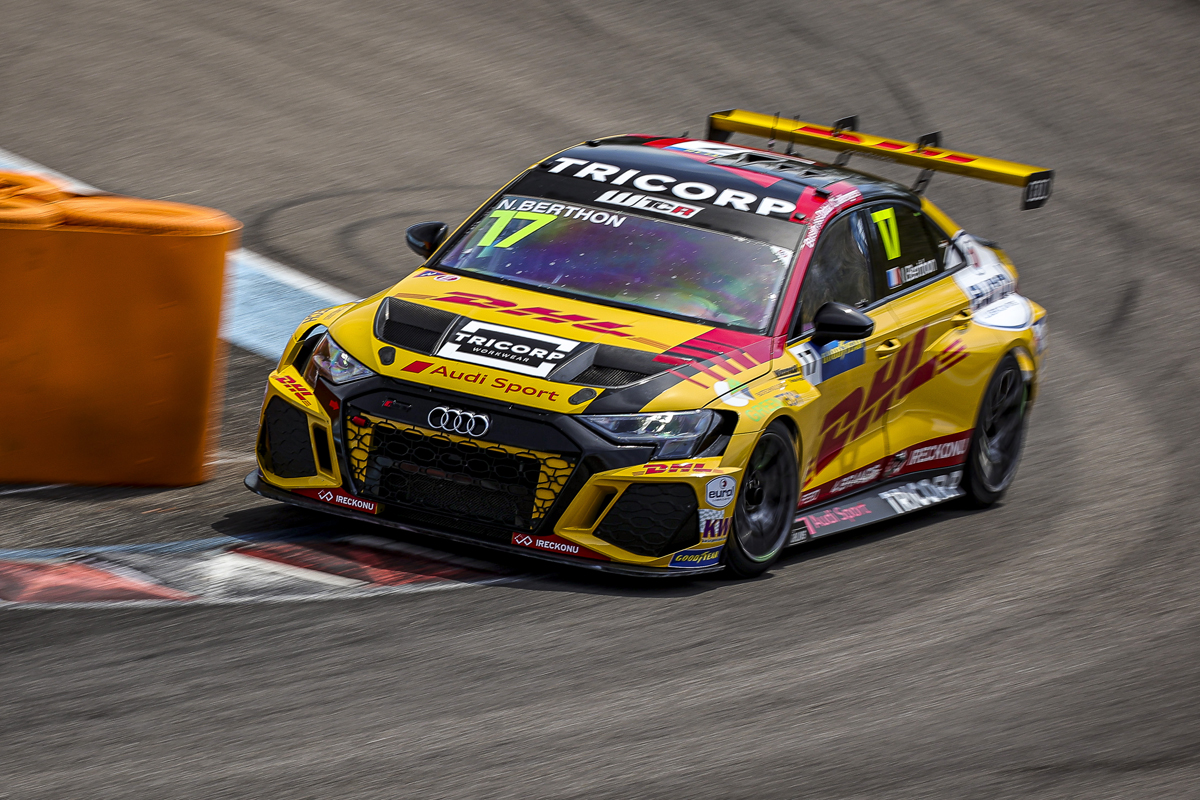 The two free sessions of the WTCR at the Anneau du Rhin have ended with the same result as the one experienced a few weeks ago in Vallelunga. Nathanaël Berthon has set the fastest time in FP1, while Norbert Michelisz has managed to lead FP2 after overcoming his teammate Mikel Azcona in the last moments. Of course, the development of both sessions has been much less close and even in the first free practice there was a red flag caused by Tom Coronel. With only twelve drivers, the classification will lose part of its essence.

The first session of the event in Anneau du Rhin proper, leaving aside the two previous tests due to the tire crisis, finished with Nathanaël Berthon as the most outstanding driver by signing a time of 1:26.566. This record has been more than enough to beat Norbert Michelisz by 151 thousandths, although it is true that the only local driver has counted with the indirect help of Tom Coronel when going off track just one minute after Berthon’s best time. This red flag gave a hasty end to the session.

The leader Mikel Azcona had to settle for third position, while Belgian Gilles Magnus took fourth place after beating Attila Tassi. Medhi Bennani was the sixth fastest driver in the session, just ahead of Tom Coronel. Despite his going off the track, the Dutch driver was faster than Rob Huff who started the weekend with a discreet pace at the controls of his CUPRA León Competición. Lhe two Argentine Honda riders, Néstor Girolami and Esteban Guerrieri, have completed the ‘top 10’.

Read:  McLaren pays tribute to F1 GTR victories at Le Mans with a special edition of the 720S

In the second practice session the Hyundai drivers took a step forward to take the first two positions. Norbert Michelisz took the fastest time after stopping the clock in 1:26.769all after beating his teammate Mikel Azcona by three thousandths in the last lap launched, already with the checkered flag shown. Attila Tassi finished very close to both, with Nathanaël Berthon finishing fourth, all in the same tenth. A little further away, Néstor Girolami finished to close the ‘top 5’.

WTCR vehicles receive a reduction of 20 kilos in their weight

If in the first session the Honda riders had more problems, in the second they also took a step forward. In fact, third place for Tassi and fifth for Girolami we must add the eighth place of Esteban Guerrieri after finishing behind the Audis of Gilles Magnus and Tom Coronel. As opposed, Daniel Nagy and Rob Huff have finished in the last two positions with the CUPRAalthough both have had some kind of problem during FP2.

Microsoft talks about making a Call of Duty exclusive