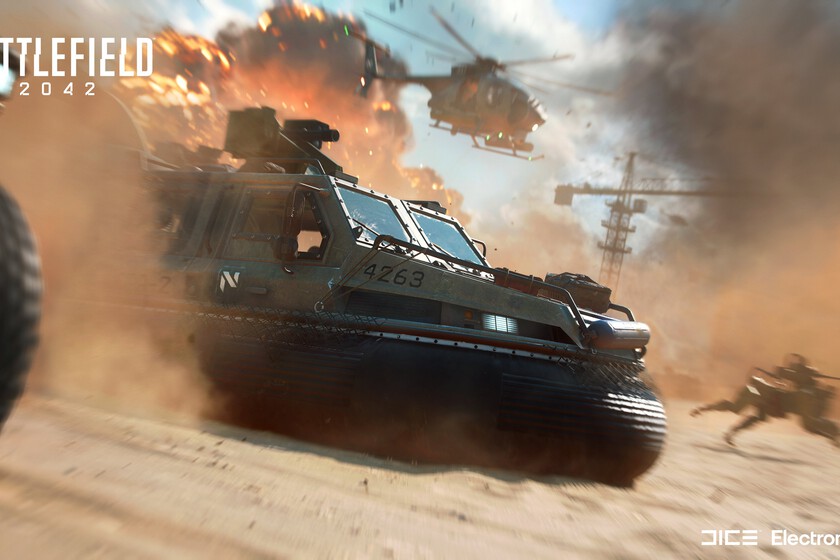 Those who have a copy of Battlefield 2042 can now start downloading the first of the two big updates that DICE has prepared for these days. As the company announced yesterday, the purpose of this new version is to improve game performance, quality and fix numerous bugs that were pending to be fixed, as you can read in the patch notes.

For example, thanks to her, numerous adjustments on a few vehicles so that they are more in line with their characteristics and in line with the rest of the cars, helicopters, boats, etc., that can be piloted. Specifically this has affected the LCAA Hovercraft, the MD540 Nightbird, the KA-520 Super Hokum and the AH-64GX Apache Warchief.

In this sense, in all of them the radius in which the bullets do damage when impacting with their respective cannons has been reduced, as well as their damage and overall range have been reduced so that they are more balanced. In addition, the submachine guns of all ground vehicles will do less damage.

Regarding weapons, precision of all weapons has been perfected by reducing the spread of bullets in all weapons except shotguns. In the case of the PP-29 it now features greater vertical recoil so that it does not over-perform when used outside of its intended combat range.

On the other hand, another of the most important bugs that has been fixed is that previously players who died near obstacles, such as walls or water, could not revive and now they can. What will not happen is that someone cannot respawn or move due to being trapped, in which case a 30-second counter will be activated that will move the player to another place on the stage if necessary.

As for the next big update, DICE intends to publish it sometime next week and ensures that it will be the largest you have received Battlefield 2042 to date, so we’ll wait until then to find out exactly what it will include.