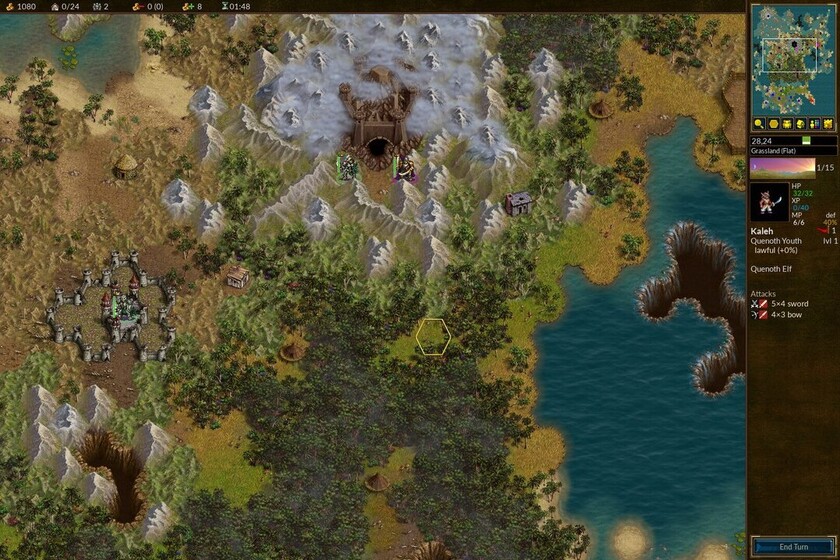 The truth is that we can spend dozens of hours in front of the screen without spending a single penny. The options that circulate on the network are very wide and varied, especially if we add the temporary offers from Steam or Epic Games Store. However, the most interesting works come from the dedication and effort of the community itself.

This is the case with Battle for Wesnoth, a turn-based strategy title. Completely free and open source, the game was created in 2003 by David White and since then he has done nothing more than add collaborators to the project. The ultimate result of this community work is the patch 1.16 that adds a multitude of content and is integrated into the game code. You can download it through this link.


In the official notes you will find all the information, but the truth is that there has been an improvement in the quality of life in the game. Now, Battle for Wesnoth allows you to use files from previous versions from the title itself. AI has undergone a revolution and we are allowed to better handle healers, poisoning or withdrawal.

The Barján faction has been restructured and rebalanced completely, so now we have different lines, descriptions and animations for the units. The Descent Into Darkness, Freedom, and Scepter of Fire campaigns have been heavily overhauled, affecting key points such as the inclusion of role-playing elements, story rewriting, and visual updates.

The best thing about Battle for Wesnoth is that it also allows us to enjoy multiplayer modes, which are also affected by patch 1.16. The Island of Mist is a new cooperative survival scenario that comes as a novelty, in the same way as World Conquest, a campaign for up to three players with RPG elements.

Read:  This curved monitor of 27 "and 240 Hz is the best for your Xbox Series S and is on sale Black Friday for 199 euros

To all this must be added the existing content, consisting of 17 solo campaigns and countless multiplayer maps. The structure of the Battle for Wesnoth developers is that a director is democratically chosen who oversees the work over different cycles.