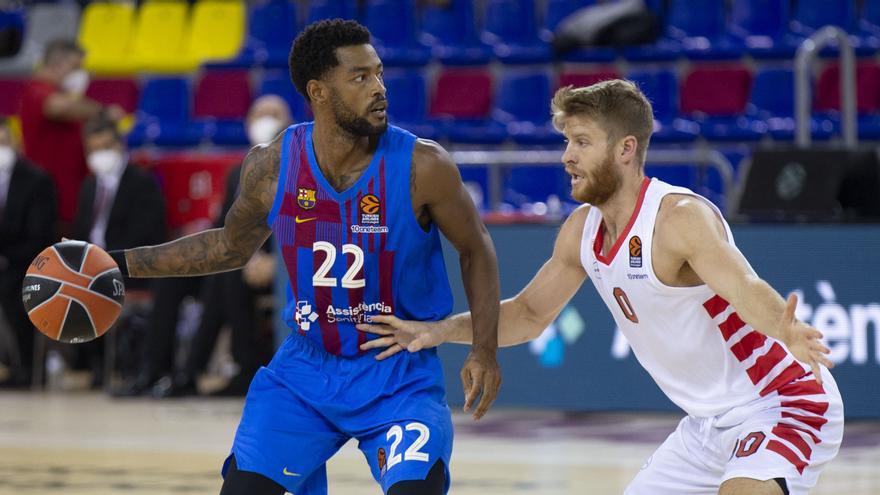 Barça suffered until the last breath and after an extension to the dog’s face, was able to take the victory against Olympiacos (79-78) with a decisive Mirotic in the second half (22 points) and especially in the minutes of extra time, which Oriola culminated with two decisive free throws, to remain unbeaten in the Euroleague (3 -0).

Match corresponding to the 3rd round of the Euroleague, played at the Palau Blaugrana, before XXXX spectators

Olympiacos arrived at the Palau with the task of entangling the Barça game with a strong defense and imposing a slow pace, quite the opposite that Barça likes. And the tactic of the former Barça coach, Giorgios Bartzokas came out perfectly & mldr; for Barça demerit.

The Catalans, very unfortunate in the first offensive actions, were unable to set the pace that the Greek team led, with Moustafa Fall commanding inside, in addition to scoring with a little more ease than Barça, totally denied.

A triple by Sloukas gave Olympiacos 7 points (6-13) against a Barça that did not react Despite Jasikevicius’s changes, he couldn’t find a way to break the Greek game. Without success in the triple (0/7), Olympiakos dominated the duel in the first 10 minutes (10-17) with Mirotic missing, too.

Faced with an unfortunate night in shooting, Barça opted to harden its defense, trying to put a very disciplined Greek team in defense, closing very well in the post, low and assuming minimal risks in attack. But it was working for him.

McKissic put a maximum of 8 for the visitors (12-20) and Barça lived their best minutes with a couple of steals that allowed him to run and finish the actions. A 6-0 run brought them closer again, but there was no way to change the pace or the score.

At rest, without a single triple

Without a single triple scored in the first half (0/12) the task was too comfortable for Olympiacos that he was going to rest five points up (27-32) and the feeling that Barça were starting to run and score or victory could fly to Athens.

Saras needed offensive gunpowder and put Kuric at the start. And it worked for him. He achieved the first triple and the Catalans woke up, especially Mirotic, who also achieved his triple and received in the low post. The Blaugrana game changed its sign completely, scoring fluently and Bartzokas had to stop the game after a 14-2 in a jiffy (41-34).

Mirotic woke up definitively receiving good balls inside (11 points in the quarter) and the Barça caught air with their points and with a triple at the end of the quarter from Laprovittola that allowed to dream about him win at the end of the third quarter (55-47) although there was still work left.

Oriola, with a triple, gave the maximum Barça (58-49) although Olympiacos never lost the face to the duel arriving to put itself of again with Sloukas and Vezenkov (59-58) yuLarentzakis’ triple tied the duel (61-61).

Vezenkov put Olympiacos ahead after many minutes in tow (65-67) and Kuric tied with 33 seconds remaining. No one could score in the final two actions, and the game was going into extra time (67-67).

Free throws were key in the final minutes where every action ended on the line. and Oriola was key there, scoring the final two free throws with 7 seconds remaining and Olympiacos could no longer score. Barça, with much suffering, added their third consecutive victory against Olympiacos that pushed Jasikevicius’s team to the limit (79-78).

Superman is only afraid to fight a Justice League hero