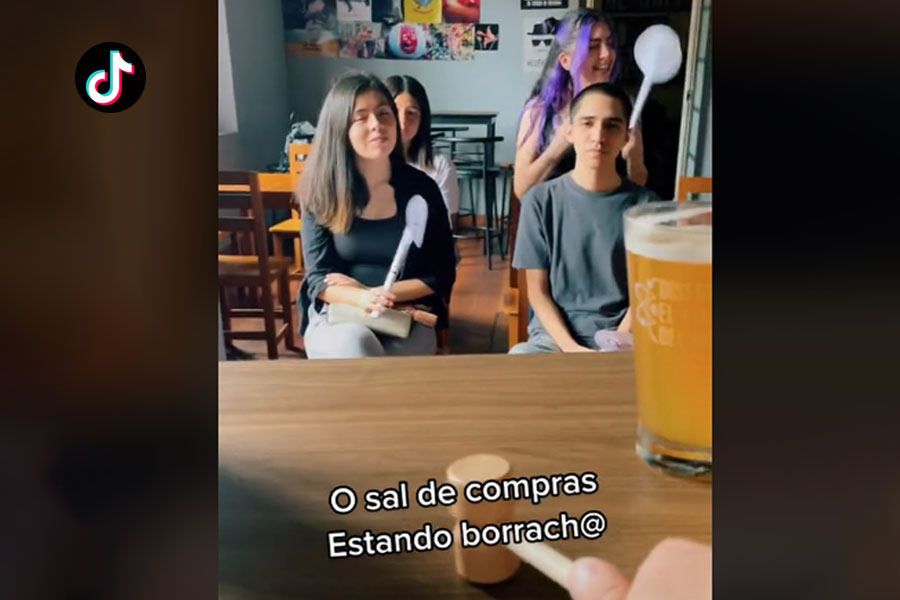 Art houses institutionalized the dynamics of auctions, which have since been replicated under different conditions. A bar in Peru has managed to win over its public by implementing a “drunk auction” for entrepreneurs.

In fact, Peru is considered in 2022 as the head of restaurants in Latin America. According to a list made by Statista, restaurants such as Central and Maido are placed in first and second place on the list, while Astrid y Gastón is in fourth place. For its part, Mexico has Pujol and Quintonil on the list in fifth and eighth place respectively, both in CDMX. Brazil, Argentina and Chile complete the list.

This fact is due to the fact that, in part, its establishments are constantly innovating. Small businesses and restaurants also learn from this and in the same way, they consider the use of social networks as opportunity to growth in the market.

The brewery account shared a video where he promotes his new strategy. According to what he mentions, the innovative cause consists of opening a space where an auction of various items can be held, where small entrepreneurs can offer their items taking advantage of the “enthusiasm” or drunkenness of customers.

In this way, the drunken auction for entrepreneurs is implemented as an innovative idea that, although it may seem unethical, for many others it has been a great success, since it seems that the popularity of the place and its TikToks has made its establishment win the love of his fans.

In said video, the user explains the rules of how the dynamics of auction Thursdays will work, commenting in a funny way that it can be sold from “the Funko that your ex gave you” until “art by independent artists on the verge of bankruptcy“.

This is the video he shared about the auction:

After the publication of the video, users shared how they received this innovative idea, highlighting above all the skill of the “advertising agency” they have hired, since several of their videos manage to have a good reception.

Users have received this new dynamic in the best way:

Mafer🌸 The best way to auction off your ex’s gifts 😂

Arthur Go. Ba. “everything to take advantage of people’s enthusiasm”… honesty above all 😂😂😂

These are some of the videos that the account has shared on the TikTok social network:

@beertempo I hope they live to use it. #fyp #future ♬ Blade Runner 2049 – Synthwave Goose

What do you think? Do you like the idea of ​​a bar where there are classes, auctions and where you can get a free beer for a drawing? Would you like to visit it?

“Uber, get your batteries”; they find an enterprising taxi driver and congratulate his service

Companies and entrepreneurs, the most benefited from Telegram streaming

Entrepreneur shows what it’s like to start your own business