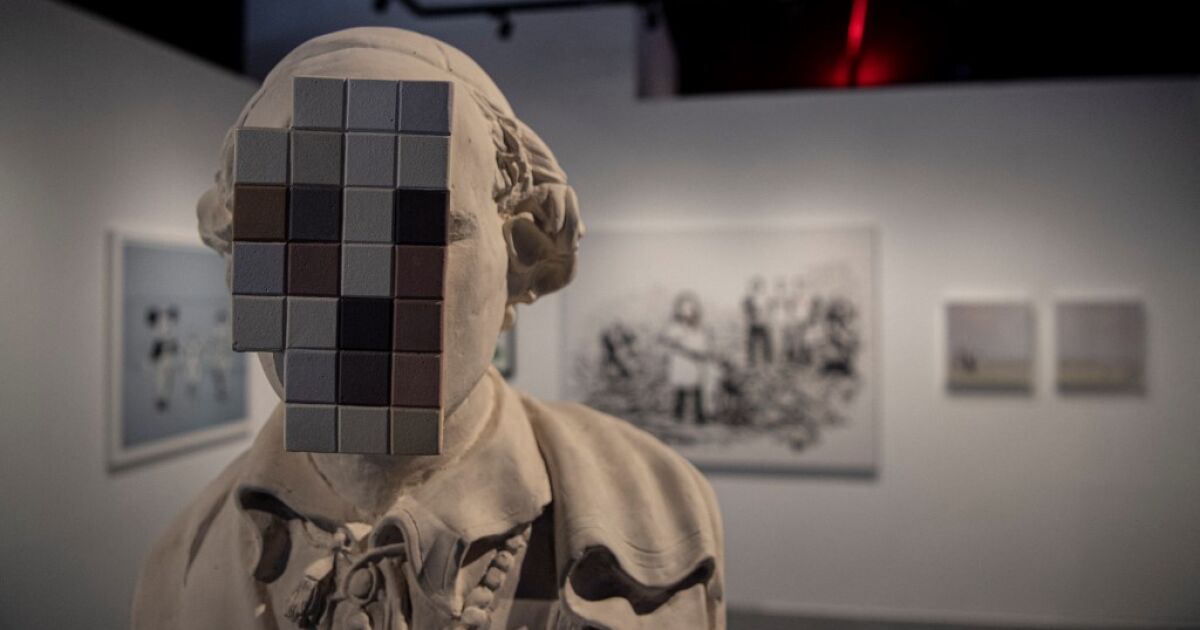 “I am interested in how people leave (the exhibition). If after seeing more than 160 works of his there is a change of chip in your brain. If you become more human, if you become more empathicif you break that bubble of individualism in which our contemporary society lives,” he told the AFP Guillermo Quintana, curator and organizer of the exhibition for four years.

Compared to artists of the stature of Pablo Picasso or Andy WarholBanksy captures in his works themes such as animal rights, migration, politics, criticism of the English crown, and lately about the coronavirus and the confinement that the world experienced during the pandemic.

I think that it doesn’t matter if you’re Chilean, Mexican, German, Japanese, we all understand Banksy’s message

The exhibit will feature original Banksy paintings, including a “Welcome” rugand also replicas of famous murals, such as that of a group of pigeons with anti-immigration messages or the protester throwing flowers.

For the replicas, he had the collaboration of the artists Desastre from Mexico and Brookesia from Spain, and also recruited the Chilean Maida K and Antiza.“seeking gender equity,” says Quintana.

“I think it doesn’t matter if you’re Chilean, Mexican, German, Japanese, we all understand Banksy’s message,” said the curator.

The show also features a reproduction of a London Underground station, immersing visitors in the world of Banksy’s street art, “Pulp Fiction,” portraying film stars Samuel L. Jackson and John Travolta pointing bananas instead of guns, and still footage from “Dismaland,” a tongue-in-cheek critique of Disneyland.