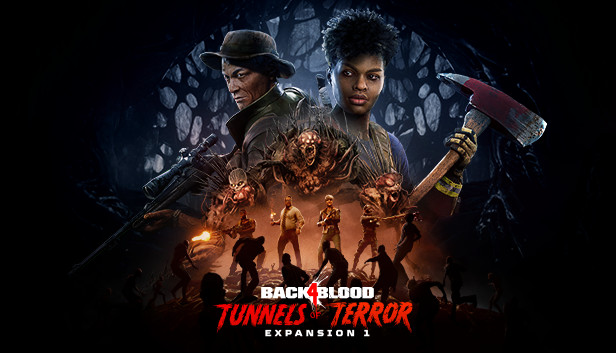 Index hide
1 The Back 4 Blood DLC, Tunnels of Terror, includes new characters, new zombies, a new PvE mission, and lots of bonus content. Receive all in this note!
2 Share it with whoever you want
3 Related Posts

The Back 4 Blood DLC, Tunnels of Terror, includes new characters, new zombies, a new PvE mission, and lots of bonus content. Receive all in this note!

As we had already told you at the time of its presentation, Back 4 Blood received a DLC called Tunnels of Terror. this expansion It arrived on April 12 for PC, PS5, PS4, Xbox Series X | S and Xbox One. Now, with the new update of the shooter of zombies, we can enjoy more and new content.

The new update of Back 4 Blood also introduces new playable characters, giving us a total of 10 available. heng he is a restaurateur, former restaurant owner always carries his knife. For his part, Sharice she is a former firefighter who will carry an axe, both characters with unique abilities.

The expansion of Tunnels of Terror also introduces us to 12 new cardsamong which stands out weaponsmith, which allows you to remove weapon attachments outside of the security room. The card bodyguardfor its part, allows player to take hits instead of other team members. Undoubtedly two very interesting mechanics of this new update.

Lastly, this update of Back 4 Blood It includes 12 new achievements for collectors. We will also have new PvE content called “Ridden Hives”where the teams must explore seven different tunnels under the streets of Evansburgh. Not everything will be so easy, since these tunnels will be infested with Ridden’s, although a lot of effort also brings a big reward, so this mode is worth trying. If you want to know more about Tunnels of Terrorwe recommend that you read the patch note on their website.