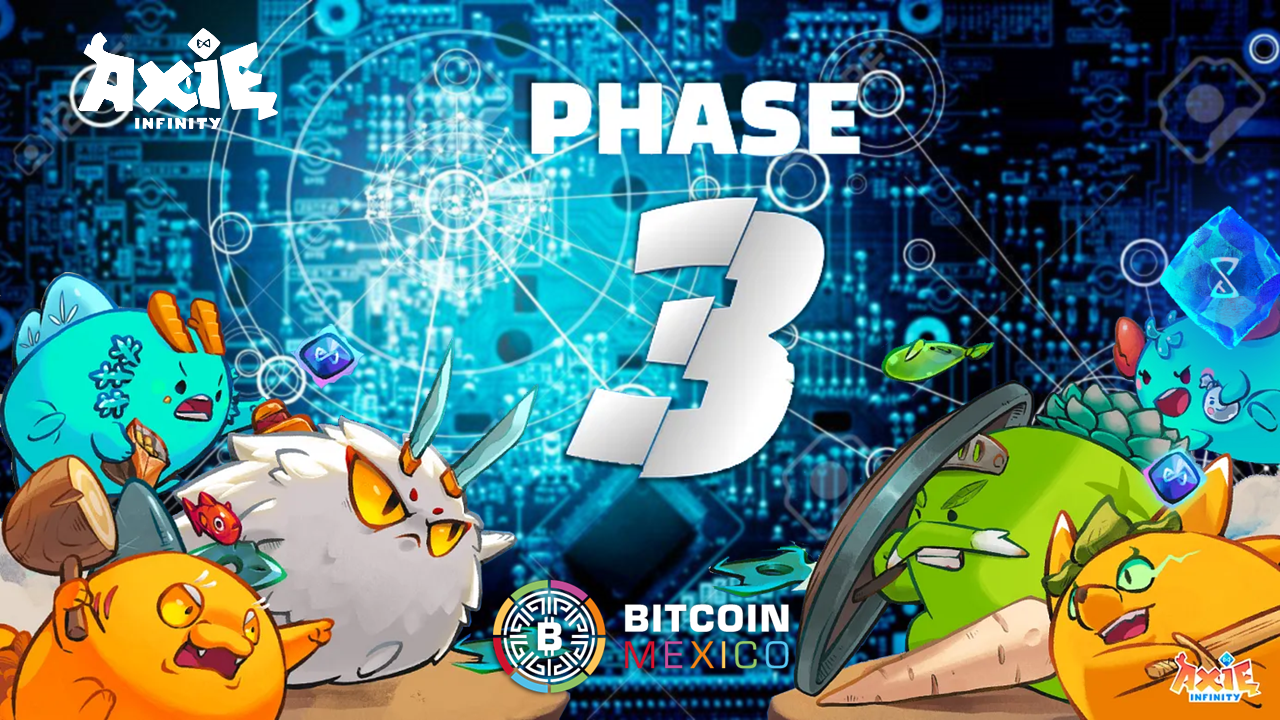 As the crypto market began to experience a downtrend, Play to Earn (P2E) games began to lose relevance, especially after experiencing a myriad of issues. This has included Axie Infinity, one of the projects with the most potential.

Let us remember that Axie Infinity became for many people in the world a supplement to their income in the midst of the COVID-19 pandemic. Neverthelessthe unsustainable structure in a P2E model, together with the ronin hackhave led users to simply decide to quit the game.

According to an article in Time, only 760,000 users are still active on the platform. Consider that, in November 2021, there were 2.7 million people active daily.

In fact, referring to the drop in active users, Jeffrey Zirlin, co-founder of Axie Infinity, commented on Twitter that they had been in a situation like this in the past and knew what to do and Much of Axie’s continued existence has been his ability to restructure and continue to grow, and this implies the arrival of his Phase 3.

Index hide
1 Changing the incentive system
2 Why do they make these changes?

With the arrival of Phase 3 of Season 0 of Originthe team announced that, As of today, Smooth Love Potions (SLP) will no longer be minted in the classic game mode. That is, players will no longer receive rewards in this game mode.

Why? Well, because the team wants users to migrate to the new game mode called Axie Infinity Origin, therefore, now the SLP rewards will be awarded exclusively in this game mode.

A fundamental aspect is that During the next 30 days, it will also not be possible to mint SLP in said game mode because it will be the time in which the team carries out a monitoring phase to look for errors, abuses and vulnerabilities..

Why do they make these changes?

According to the team’s statement, Origin’s transition from Classic is a critical step in balancing the SLP economy.

Just like in the classic game mode, SLP will be awarded in PvP Ranked mode when players win battles and obviously, the higher you are in the ranking, the greater the rewards for victory.

The fundamental difference between the classic mode and the Origin mode will be that Players will now need to spend SLP to craft charms and runes that function as in-game buffs. Each rune and amulets will cost a fee to mint on the blockchain which is paid in AXS.

It is in this difference between both game modes that you can understand why the team behind Axie Infinity believes that it will help balance the economy of the token. Origin’s gameplay adds utility to the SLP and thus can help prevent the token from further declining in value.

This is not the first time that Axie Infinity has made major changes to the incentive system. It is worth remembering that it was in February of this year that they removed the SLP rewards for the adventure minigame and daily missions precisely to balance the token economy. However, despite this, the token still has a long way to go.