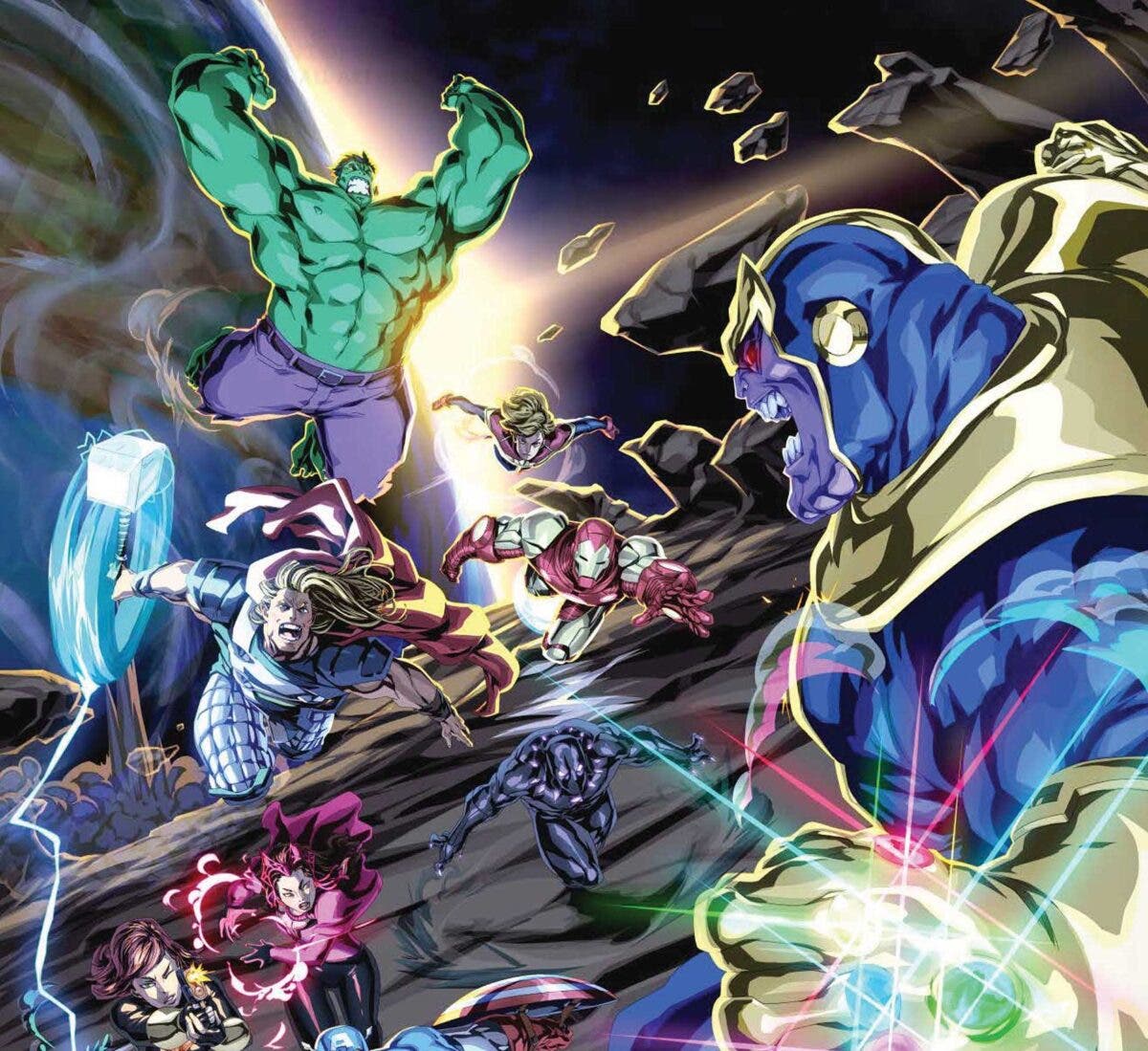 Facebook
Twitter
Pinterest
WhatsApp
Index hide
1 The Tech-On Avengers miniseries is a collaboration between Bandai Spirits and Marvel Comics. A limited series of Marvel Comics partnered to design the high-tech combat suits that will be used by the most powerful superheroes on Earth.
1.1 You can see a small preview below:

The Tech-On Avengers miniseries is a collaboration between Bandai Spirits and Marvel Comics. A limited series of Marvel Comics partnered to design the high-tech combat suits that will be used by the most powerful superheroes on Earth.

When Red Skull wields a strange new power that strips heroes of their powers and threatens the entire world, the Avengers turn to Tony Stark’s new experimental technology to save us all. Here comes Avengers: Tech-On!

The plot goes back to the character Red Skull, who manages to strip superheroes of their powers. The Avengers They decide to turn to the technology and skill of Tony Stark, to save the world and themselves. The series will show elegant high-tech suits, with increased combat power and that will face the supervillains, at the same time improved to match the conditions of the fight. It’s chaos and robots in style Marvel Mighty.

It is an action-adventure series inspired by the feel, produced in collaboration with Bandai Namco of Japan, written by Jim Zub and illustrated by Jeff “Chamba” Cruz. Japanese manga artist Eiichi Shimizu has been the designer of the new costumes. He is known for being the creator of Ultraman, work that proceeds to the son of the original while occupying the position of his father. Bandai Spirits also plans to release a new line of SHFiguarts action figures based on the mini-series this year.

READ:  WandaVision could be a good excuse to subscribe to Disney +

“I grew up with a constant stream of Japanese animation and tokusatsu-centric stories, so bringing that same sensitivity to Earth’s mightiest heroes is a real race.”Zub said. “The BANDAI SPIRITS team completely smashed the hero and villain designs and Chamba is the perfect artist to bring this world to life, with dynamic action art that feels like it comes off the screen and onto the page. TECH-ON AVENGERS is bombastic and kinetic, full of color and energy. I can’t wait for readers and retailers to jump on this wild ride! ”

You can see a small preview below:

Avengers: Tech-On # 1 will not be available for the moment in Spain.

It turns a GameBoy into an Apple TV remote control