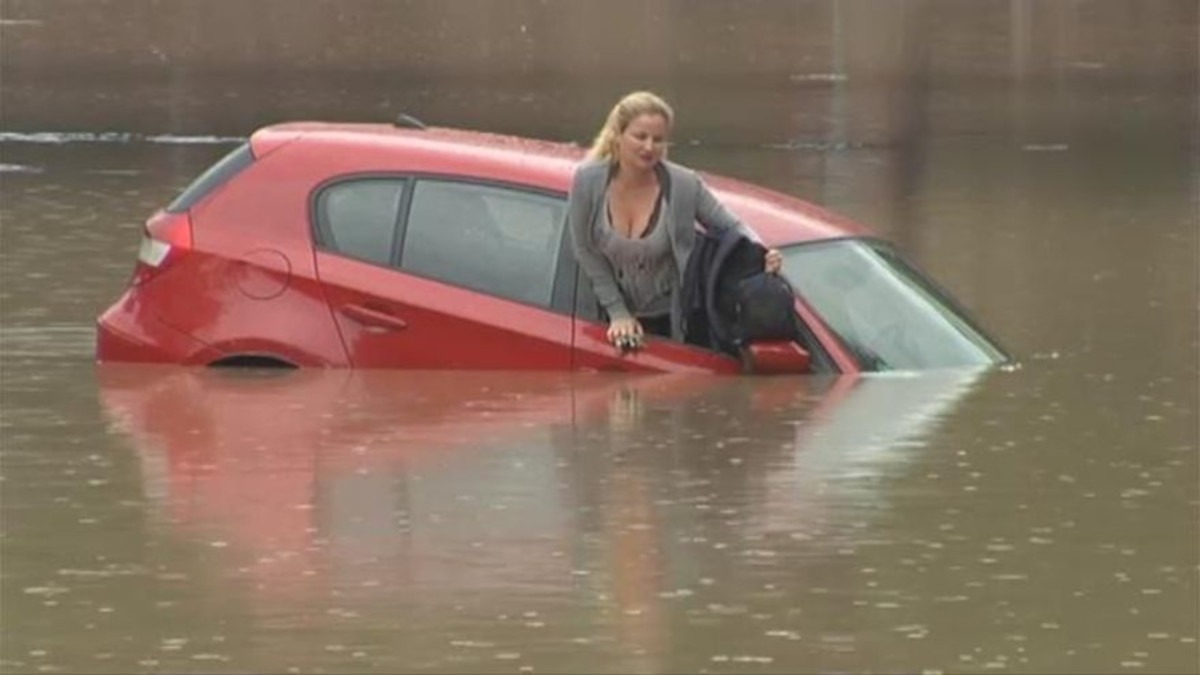 This image is much more common than it seems. Floods have significant consequences on cars, mainly material damage affecting the engine, running gear, components and interior. The body that analyzes the safety of new cars in Australia has taken this special situation into consideration, forcing the inclusion of new safety measures.

The high level of danger generated by DANAS and cold drops cause real material and human damage, with significant flooded and flooded areas that drag drivers inside their own cars. This special situation has not gone unnoticed by experts in new car safety programs, the famous NCAP.

In this case, it was the Australian body ANCAP which has considered a series of mandatory measures for new cars to save the lives of those trapped on board in a flood, and which will be subject to review from 2023. Believe it or not, the Australians reproduce special flood situations to check that the required measures work. And it is not enough to be able to break the windows, but the electric windows must work until 10 minutes after the vehicle sinks in water.

Index hide
1 Severe flooding in Australia key to new measures
1.1 Do you have an SUV? Beware, activist groups have emerged against them

Even with the cabin completely filled with the liquid element. The same requirement is required for central locking, which must allow all doors to be opened 10 minutes after the dive or release the electrical mechanism so that the doors can be opened manually from the inside, so the occupants can get out. One more obstacle that forces manufacturers to invest in an extra item to solve this issue, although the body that watches over the safety of its fellow citizens foresees that there are manufacturers that cannot meet these requirements.

For these very specific ones, those of ANCAP will demand a label that tell occupants where they can escape, perfectly legible and as quickly as possible. Even indicating if there is an on-board tool such as emergency hammers that are found on buses to be able to break the glass of the windows. Of course, the fact of not complying with these requirements will suppose a loss of points in the general qualification.

Do you have an SUV? Beware, activist groups have emerged against them

And it is that Australia has suffered major natural disasters in recent years, suffering significant torrential rains that cause dams to overflow and floods so severe that they surprise drivers in traffic. Scenarios so special that they raise the flow of rivers to the point of flooding some bridges and roads, causing significant numbers of fatalities. This is the real key by which the nation’s government seeks ways to avoid these situations and facilitate rescue efforts.