Bullfrag
Home Technology Automobiles Australia will be the first market to enjoy a 100% electric Toyota... 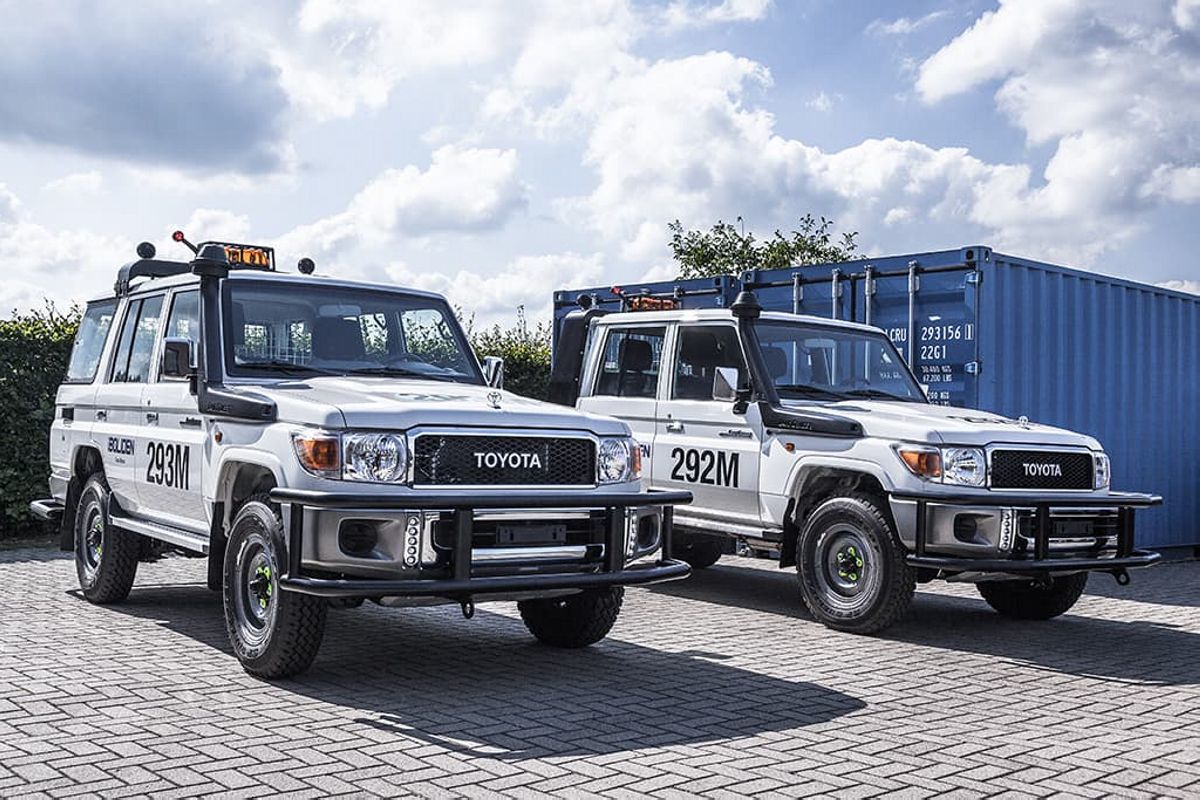 Toyota Australia has signed a collaboration agreement with the company Vivopower to develop a new 100% electric variant of the Toyota Land Cruiser 70 series, a variant of the Japanese SUV derived from the J70 generation launched in 1984 and which is still sold in some markets.

Although it is expected that sooner or later the Toyota Land Cruiser will receive some kind of electrified mechanics, for the moment the only thing we know for sure is that the new generation of the popular Japanese off-road vehicle has kicked off with the presentation of the new Toyota Land Cruiser. 300 series. The largest variant of the model and that in Europe was sold under the name Land Cruiser V8.

Precisely due to the success of the Land Cruiser, in some regions we can still find derivatives of old generations of the 4×4 for sale, as is the case in the regions of Africa or Asia-Pacific, where We can still find variants of the old Toyota Land Cruiser 70 series, whose manufacture has continued uninterrupted to this day.

Although these versions have been conveniently modernized and refreshed in recent years, they still have an aesthetic and technical configuration practically identical to the original. What is a real advantage for those clients who need an extremely simple and robust model to be used as a work vehicle in very rough areas. This will be the variant that is going to be converted to electric in Australia, since not only does this market enjoy a lot of acceptance but it is one of the favorite vehicles used by many companies.

READ:  We advance the design of the future BMW 2 Series Convertible that will not reach the market

To develop this battery-powered variant, for now, Toyota’s Australian division has signed a memorandum of understanding with Vivopower, a multinational that has experience in solar energy and electric vehicles thanks to the fact that they have different companies in these sectors.

This collaboration agreement will be for 5 years with the possibility of extending it 2 more and its sole purpose is to develop a pure electric variant of the Toyota Land Cruiser 70. Of the model itself, no details or characteristics have been revealed at the moment, so we do not know its performance figures and possible design novelties. The truth is 100% electric versions of the same Land Cruiser already exist and are also found in Australia, although only as vehicles for mining use and as part of development programs in collaboration with mining companies, as is the case of the prototypes developed by Voltra for the mining company BHP or those of Tembo, a company belonging precisely to Vivopower and whose work will be the basis of the development of the new electric conversion kit created in collaboration with Toyota Australia. Both prototypes are the ones that appear in these images.

What is the URL and what is it for and what are its parts? – Examples