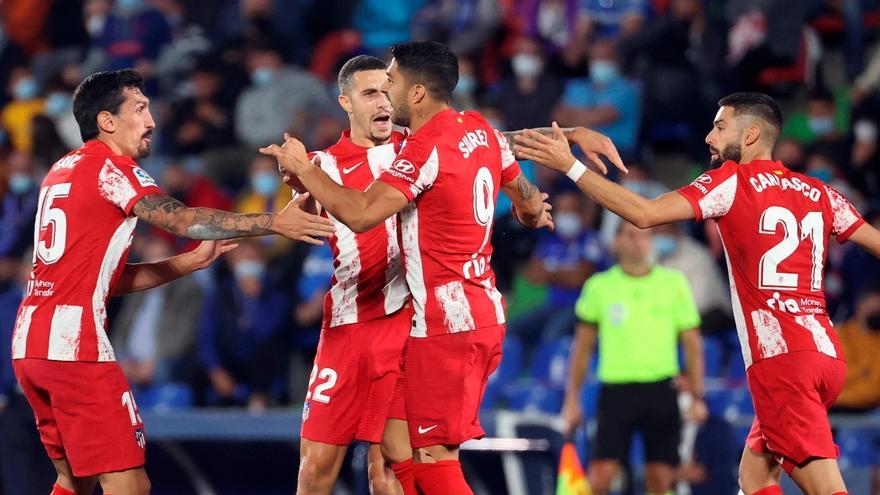 Neither Atlético de Madrid, much more productive than lucid, much higher on the table than decisive on the ground, nor Antoine Griezmann not even Alavés, the last with zero points, have started at the level they expect in LaLiga Santander, all with a pending reaction this Saturday in Mendizorroza, with no margin for error, pressured by doubts and expectations. Because the Vitoria block did not intuit being where it is now, at the bottom of the table, just as the last championship ended under the orders of Javi calleja, with only two defeats in nine games to save the category, in contrast to the five games he has lost in this category, the most recent four without any goals in his favor. And because Atlético aims for the maximum, as the current champion of the League and with the squad that it has formed around Diego Simeone, even in the gearing process, although there are only two new pieces that are most visible from one campaign to another: one up front, the aforementioned Griezmann, and another in the middle, Rodrigo de Paul.

The ‘new’ Atlético has not yet found the long-awaited French attacker upon his return from Barcelona. Not even the story he wrote in his previous five years in the team, his knowledge of the mechanisms of the Argentine coach’s scheme or his 133 goals in 257 duels have accelerated the process that each player who comes to the club must follow and that, in this case , was not expected as complex as it is being: neither goals nor anything that recalls his incontestable version.

A puzzle and a challenge still without solution for Simeone after four encounters, of which Griezmann he participated in all of them and started in three. Of the four, the team won two and drew another two, with the four goals concentrated in the two victories (1-2 against Espanyol and Getafe) without him on the ground. Will it be the headline again this Saturday? It is one of the doubts of the line-up, of which Simeone has not revealed anything neither in training nor in the press conference this Friday, for the fifth meeting in two weeks of the rojiblanco team, in which some change with all the resources you have.

For example, the return of Geoffrey kondogbia, already overcome an ankle sprain, or Rodrigo de Paul in the center of the field. Or maybe Koke, even if its recent recovery calls into question an ownership that would be indisputable in any other circumstance, or Sime Vrsaljko, if you choose to dose minutes to Kieran trippier. Back is fixed Stefan savic. They also pretend it Jose Maria Gimenez and Beautiful mario, either with five or four behind, same as Yannick Carrasco down the left lane and Marcos Llorente placeholder image through the middle. And above it waits for Luis Suarez, the differential factor that, in addition, marked in each of his four visits to Alavés, right next to Griezmann or Angel Correa. The goal is Jan Oblak. Among those names circulates the probable eleven of Atlético, on the verge of disappointment almost in every duel this season, even though it is still an invincible team, which manages this season better outside (9 of 9 points, with three wins by 1 -2) than at home (5 of 9 points, with two draws and a 1-0 victory) and that he has come back two adverse markers, the last one against Getafe against ten.

While Simeone focuses on the lack of intensity in the first moments or recalls the circumstances that have surrounded the team in the preseason, while Milan appears on Tuesday in the Champions League in a more crucial clash if possible by 0-0 at home against Porto, LaLiga demands a constant rate of victories, just like the leadership, held by Real Madrid and two points by Atlético, without Joao Felix, sanctioned, nor Thomas lemar, injured, in Vitoria. There he needs to win, as much as he needs to beat Alavés, in crisis and without scoring in five games. While he is evolving very slowly, last day against Espanyol he improved his game at times but it was not enough to start adding. Data is very hard on the team of Javi calleja, who has only scored a penalty goal and makes big mistakes that his rivals take advantage of.

To this is added the physical situation of important players who will not be able to be with their teammates as Edgar Mendez, Pere Pons, Florian Lejeune and Javi lopez. This will greatly limit the possibilities of the Madrid coach to find a starting eleven that he has been looking for from the first day of the League.

In the last twelve meetings between rojiblancos and babazorros, the Basques have only achieved four draws. To break this streak, the Vitoria players will have to change their game a lot and add troops both in defense and attack because they hardly generate chances and are easily subdued in the rear.