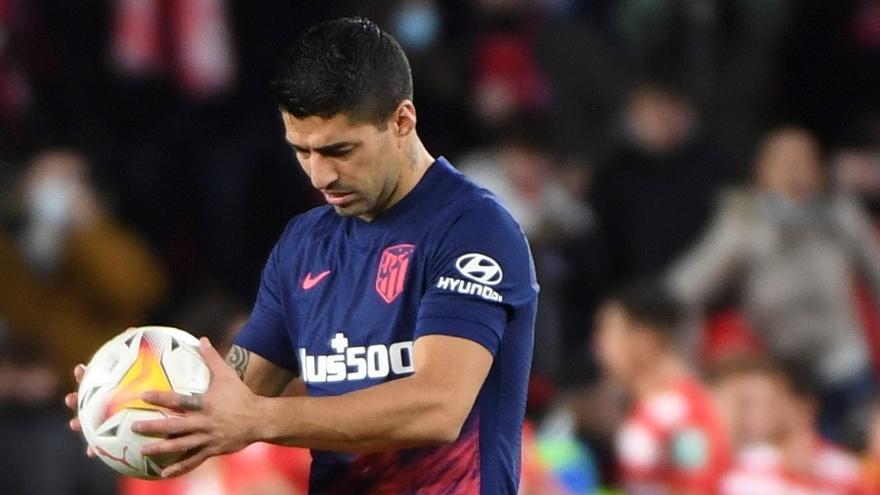 Atletico Madrid striker Luis Suarez, went back without scoring in the victory (3-2) over Valencia on matchday 22 of LaLiga. In a moment of gray form, the attacker adds a total of eight consecutive games without seeing the door.

The former Ajax player has scored 30 goals and has provided a total of five assists since he arrived at the Wanda Metropolitano in the summer of 2020. The scorer has participated in a total of 66 official matches between all competitions as a player of Cholo Simeone’s team.

Cholo Simeone’s team pulled off a miraculous victory in their league duel against Valencia with a comeback in just two minutes: Ángel Correa and Mario Hermoso defeated Bordalás’ team in the 91st and 93rd minutes, respectively.

0 – Luis Suárez 🇺🇾 has equaled his longest streak without scoring in his career in the five major European leagues: the 8 games between May and December 2014 (the last game in Liverpool and the first seven in Barcelona). Drought#Atleti ❤🤍#Atletico Madrid pic.twitter.com/AmGOLIXL00

The colchoneros, in fact, were forced to overcome a deficit of two goals on the scoreboard in the second half. In a last half hour of absolute madness at the Wanda Metropolitano, the Madrid team neutralized the goals from Musah and Duro with goals from Cunha, Correa and Hermoso.

Read:  MoraBanc's match against Slask Wroclaw suspended due to COVID-19

an interesting and affordable alternative to the highly praised WF-1000XM4