Atlas is champion of Liga MX

By DominicDecember 13, 2021No Comments1 Min Read 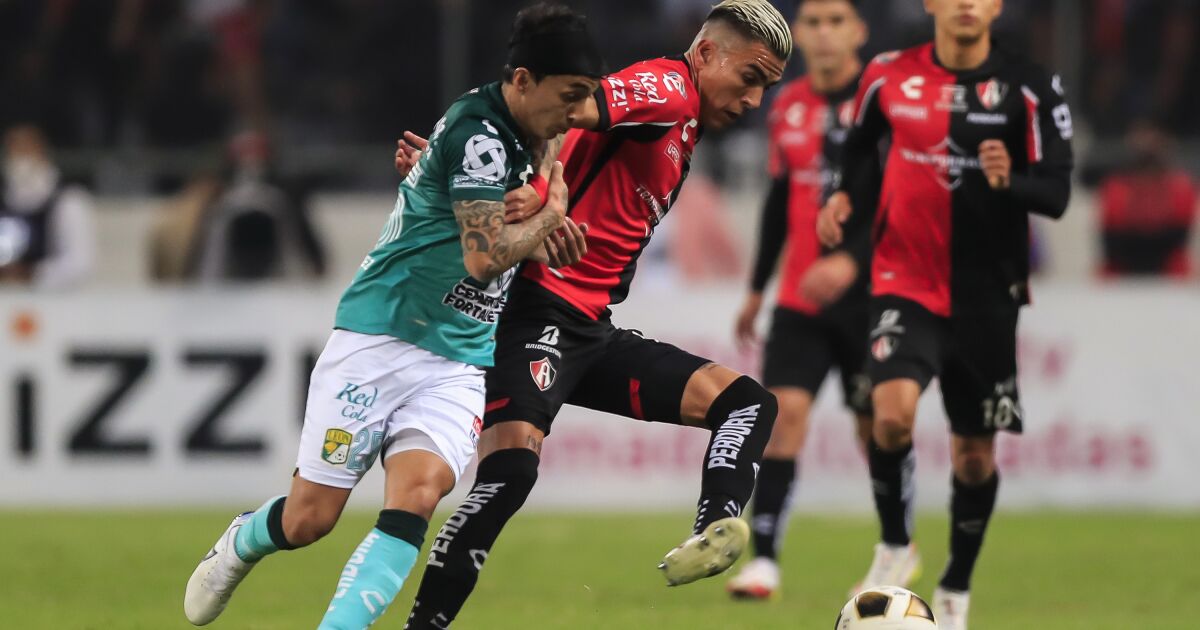 With a goal that blew up the monumental Calzada de Independencia stadium with its 50,000 fansIt was at minute 55 that a header by Aldo Rocha scored the only goal in regular time, this goal tied the series on aggregate (3-3) with the esmeraldas del León.

It was in the compensation time in 90 + 1 and 90 + 4 where the pressure on the Guanajuato visitor exploded, for which both Jean Meneses and Emanuel Gigliotti were expelled, respectively.

Overtime came and that was not resolved until penalties.

Where the participation of Camilo Vargas, Atlas goalkeeper showed off stopping the second shot from León, executed by Vargas. Aldo Rocha’s error against the León goalkeeper made them lose the advantage, putting the green and red-black bellies back on equal terms.

Once again, the magic of Vargas asserted the location of the Atlas and stopped Luis Montes’s shot.

With Furch’s score at the end, Atlas won on penalties.