Home News At least 3 of the prostituted minors in Madrid lived in sheltered... 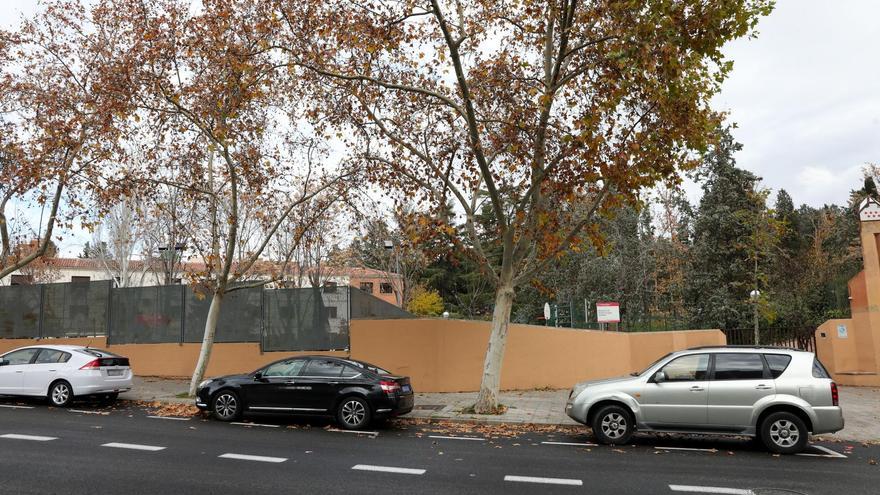 At least three of the ten girls released by the National Police when dismantling a gang that sexually exploited them in stores and drug stores in the capital lived in child protection centers the Community of Madrid, sources from the Ministry of Family, Youth and Social Policy have confirmed to Europa Press.

Nevertheless, could be more, since the department headed by Concepción Dancausa is compiling with detail and precision all the information to really know what happened and thus give explanations to the opposition and to the Ombudsman, who has opened an investigation in this regard, as promised by the counselor the day before yesterday on Twitter.

The ten released, all Spanish except one Dominican and one Romanian, are between 14 and 16 years old.. The Police link four of them with centers for minors in the Community of Madrid, another with a center in Guadalajara, another lived with his family and another was already of legal age, among other situations, police sources have informed Europa Press that they do not know under what tutelage these girls were.

The Ministry said at first that it is a case of prostitution of others in the centers and that none of the victims of this gang of pimps are protected by the Community, but now it is known that at least three were.

The General Directorate of Children, Family and Birth Promotion are cooperating with the Police in everything they require. In fact, the same sources emphasize that one of the minors was treated in a regional protection center, sent by the Police when she was found in a vulnerable situation.

The testimony of this adolescent, who was sent first to the Hortaleza reception center but later to the Picón de Jarama Psychosocial Adaptation Residence, located in Paracuellos and specialized in addictions, has been very important in dismantling the plot.

Being there confessed to the tutors that she had been exploited by a gang, like other girls with financial needs who captured where they could. However, the Police explain that these testimonies were not key to dismantling the criminal group, since the investigations had started much earlier, in April.

The investigation and the detainees

The investigation began when the agents of Group XXII of the Family and Women’s Attention Unit (UFAM) in Madrid had news in April that a minor frequently fled from her place of residence and that during his absences he had sexual relations with people of legal age in exchange for money or narcotic substances in the Marconi industrial estate or in drug stores in Usera or Vallecas.

The researchers found that other minors, with whom he shared a place of residence, were in the same situation. They contacted them through social networks, gaining their trust and later used them to offer sexual services to clients to whom they supplied narcotic substances.

In some cases, they were forced to distribute the drug themselves on scooters and, after delivery, were sexually assaulted by the users themselves. At other times, the detainees took them to a well-known industrial estate in the capital where they offered buyers of the drug to have sex with them.

The operation culminated in the release of the ten victims and with a total of 37 individuals arrested, the majority Dominican. But there are also four Moroccans and some Romanians, Nigerians, Spaniards and Cubans, aged between 18 and 57 years. What’s more, there are at least four women detained.

They are allegedly accused of perpetrating the crimes of sexual assault, prostitution of minors, possession of child pornography, illegal detention and crime against public health. Once they were handed over to the judicial authority, eight of them were ordered to be put in prison.

One of the defendants was already in prison accused of homicide committed on August 12 on Monte Igueldo street. It is about a 51-year-old Moroccan citizen who, after a fight, punched a 65-year-old Ecuadorian, causing him to fall to the ground and hit the ground fatally. A month later the author was arrested. He had ten records for crimes against people and property.

Another of those arrested is ‘youtuber’ and rap singer Saymol Fyly, a 21-year-old Dominican citizen, who has 154,000 subscribers on this social network, in which he has published content until December 28. Saymol was allegedly used by the gang to attract girls, according to court investigations.

However, on his Instagram account, with more than 30,000 followers, the singer has written: “Which owes nothing fears nothing. If I were guilty of something, I would not be here so calm, because that arrest happened a month ago“. He also lashed out at the information published about him like this:” You are laboratory rats that tell you whatever it is and without knowing you only use the keyboard to type the first stupid thing that comes to your head without knowing the damage it can cause That before accusing me first make sure. “

Another of the detainees had 300 grams of cocaine found in his home and another has 40 previous arrests. Four other criminals have a history of sexual assault. Several of those arrested are related to youth gangs. Eight of those arrested are already in provisional prison, including Melvin MC, as the perpetrator of a crime of sexual assault on a minor under 16 with penetration, another of inducing the prostitution of a minor and a crime of illegal detention.