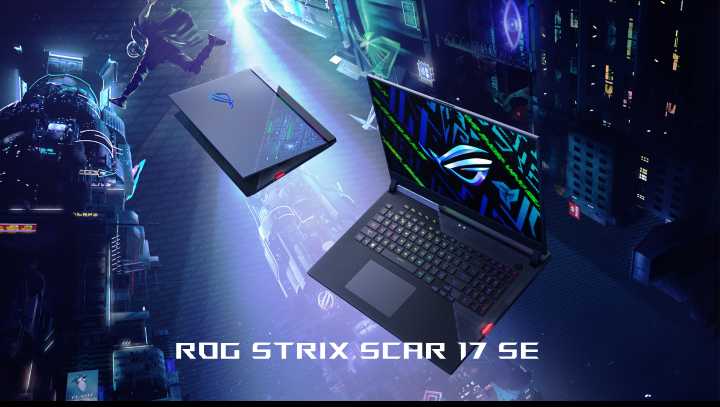 Share
Facebook Twitter LinkedIn Pinterest Email
Index hide
1 These are the first three Asus and ROG laptops in Argentina to feature 12th generation Intel Core processors. I know what it is about In the note!
1.1 Let’s talk about laptops: we start with the ROG Zephyrus M16
1.2 ROG Strix Scar 17 SE
1.3 Asus TUF Dash F15
2 Share it with whoever you want
3 Related Posts

These are the first three Asus and ROG laptops in Argentina to feature 12th generation Intel Core processors. I know what it is about In the note!

surely all the gamers they will be happy to hear about the arrival of the first gaming notebooks from Asus and ROG to Argentina (although many of us can only dream of them… 😢🎻). Indeed, both Asus as its gamer leg, Republic of Gamers (ROG), announced that these laptops are the first in Argentina to have a 12th Gen Intel Core H-series processor. We can find this processor in three notebooks: ROG Zephyrus M16, Asus TUF Dash F15, and Strix Scar 17 SE.

If you wonder what makes these so special gaming laptopsthe answer can be found, as we said, in its processor. Both the Zephyrus and TUF Dash notebooks feature a 12th Gen Intel Core processor with 14 cores and 20 threads.while the Strix Scar gets one with 16 cores and 24 threads. Eight cores are P-Cores, that is, they focus on maximizing single-thread performance for better game fluidity. Secondly, other eight cores are E-Cores, essential for multitasking and performing other activities while the video game is running.

However, it is not only because of the processors that these three notebooks are the great revelation gamer of ASUS Y ROG. All three devices have Intel Wifi 6 and 6e, which allows faster internet connectivity.. As if that were not enough, also are equipped with Thunderbolt 4which allows a more stable and fast connection through a USB-C port. Finally, the graphics are not far behind thanks to the NVIDIA GeForce RTX 30 Series graphics cards, which provide ray tracing and DLSS.

Let’s talk about laptops: we start with the ROG Zephyrus M16

The ROG Zephyrus it’s a notebook stands out for the quality of its screenboth in definition and in its dimension. Within its 16 inches we find the premium ROG Nebula Display panelswhich grant 5,000 nits brightness, 1920×1200 FHD resolution, and a 165Hz refresh rate.

This notebook is designed to be able to work for long periods without overheating. This is achieved thanks to the 0db Ambient Cooling technology, which regulates the fans according to the temperature of the GPU and the CPU. To all this, we must add Thermal Grizzly liquid metal, a compound that allows the CPU to maintain temperatures up to 10 degrees lower.

Read:  this female version of Trunks in real life is here to win you over

Regarding its connectivity, The Zephyrus features two USB-C ports, one of them for the aforementioned Thunderbolt 4, while the other supports external monitors.. In addition, also It has an HDMI 2.0 port, USB-A ports and a microSD card reader.. Lastly, this notebook iIncludes 6 speakers with woofers equipped with the technologies dual-force canceling and Dolby Atmoswhich optimize audio playback.

If we talk about the ROG Strix Scar, we mean the best laptop prepared for gaming from ROG. This notebook has an Intel Core i9-12950HX processor with 16 cores and 24 threadsin addition to presenting a RTX 3080 Ti graphics card. If we talk about graphics, it should be noted that It has a maximum TDP of 175W and support for up to 64GB of DDR5 4800MHz RAM.. All this performance is possible thanks to the ROG Intelligent Cooler thermal systemwhich keeps the system cold at all times.

But what would all these components be without a good screen to back them up? Fortunately, the Strix Scar features 1440p WQHD high resolution, plus a 240Hz refresh rate with 3ms response time. Now, we can enjoy these benefits during eight and a half hours, maximum battery life timewhich has fast charging technology and alternative charging by USB-C up to 100W.

Regarding the ports, these They are located at the rear and on the left side. so as not to bother the user. In this way we find two USB-C ports, one HDMI 2.1 port that allows connections to screens with resolutions up to 8K, two USB-A ports and one 3.5mm audio jack.

The Asus TUF Dash is a 15-inch laptop that stands out for its processor IntelCore latest generation, just like the other two notebooks. It has a RTX 30 Series with MUX Switch technologywhich allows greater fluidity in any video game.

This notebook has rFHD resolution and 144Hz refresh rate, atother compatibility with Adaptive Sync. Another section that stands out is in its long-lasting battery, which can be recharged by 50% in just 30 minutes. The laptop has one USB-C port, three USB-A ports, one RJ45 port for wired networking, one HDMI 2.0b port, and one audio combo jack.

Both the ROG Zephyrus M16 like the Asus TUF Dash F15 are now available in Argentina. For its part, the ROG Strix Scar 17 SE It will arrive in August of this year, all with a price to be confirmed.

Mexico VS Argentina: who has the soccer league with the highest market value?