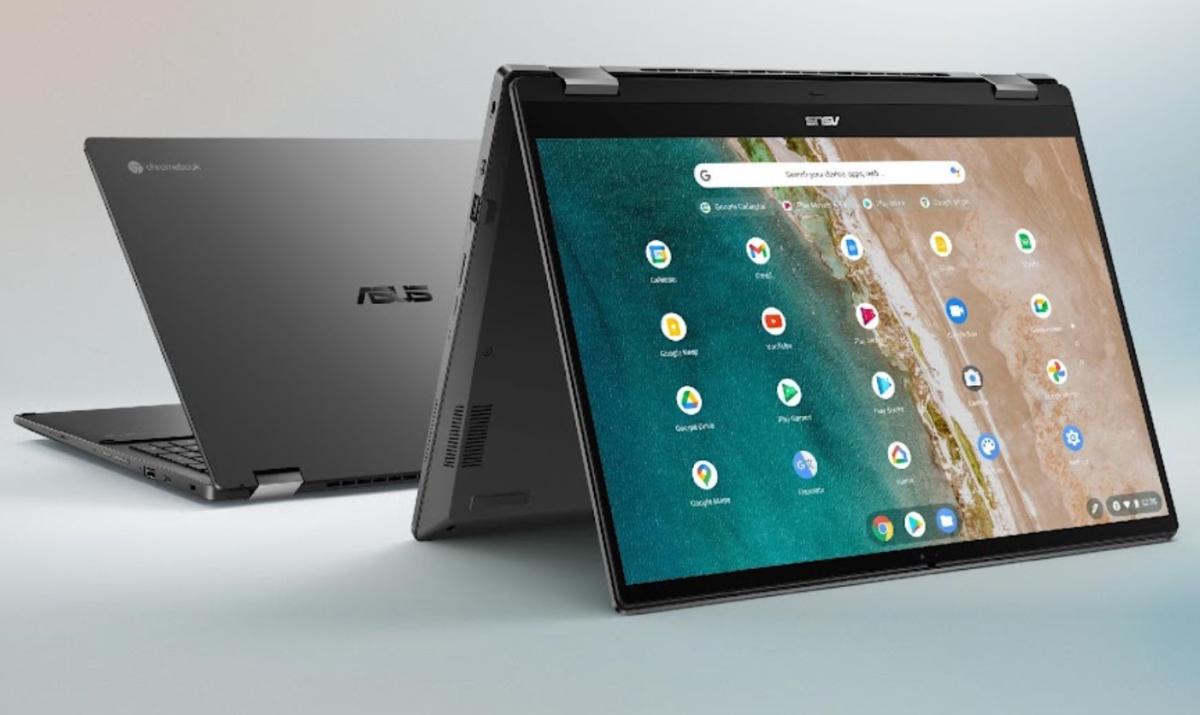 All the details of the Asus Chromebook Flip CX5, the new laptop with Google’s operating system that has the latest from Intel in portable processors and a body with recycled materials and military resistance certification.

Although they appeared a few years ago, it looks like it will be in 2022 when Chromebooks finish exploding thanks to both Intel CPUs and the latest from Qualcomm.

Acer -with models as interesting as the Spin 513 with a Qualcomm processor-, Samsung and Asus are three of the companies that have most supported Google’s system for laptops and, now, Asus has presented a new model along with the latest from Intel .

This is the Chromebook Flip CX5, a laptop that has the Google Chrome OS system and a very interesting hardware configuration.

These are the best cheap Chromebooks laptops that you can buy right now in Spain, an alternative to cheap laptops with Windows 10.

The screen has a 16 “diagonal with FullHD resolution, it is tactile and has an aspect ratio of 16:10. This aspect ratio which is optimal for work is becoming more and more popular.

This screen occupies 87% of the front and, like practically all Chromebooks, we have a hinge that allows a 360º angle.

Inside we have up to 512 GB of SSD, up to 16 GB of LPDDR4X memory and up to the 12th Gen Intel Core vPro i7. This processor is compatible with Thunderbolt 4 and we have two such ports both for charging the laptop and for data and image.

Everything you need to know to buy an ultrabook and not die trying: models, features, what to choose and what to download to make the best purchase.

Read:  Turn Your Amazon Echo Speaker Into The Mandalorian, Baby Yoda or Pikachu With These 3D Printed Shelves For Sale | Entertainment

We also have HDMI, 3.5mm jack, a USB-A and a microSD reader. Asus has taken design very seriously and, in addition to having recycled materials, it meets military protection standards such as the 810H.

Of course, as with so many products at this CES, we do not have information about the launch, price and territories to which this Chromebook Flip CX5 will arrive.

Voting for the Tokyo Anime Award Festival 2022 is now open

Bob Saget, protagonist of ‘Forced parents’ and narrator of ‘How I met your mother’, dies at 65