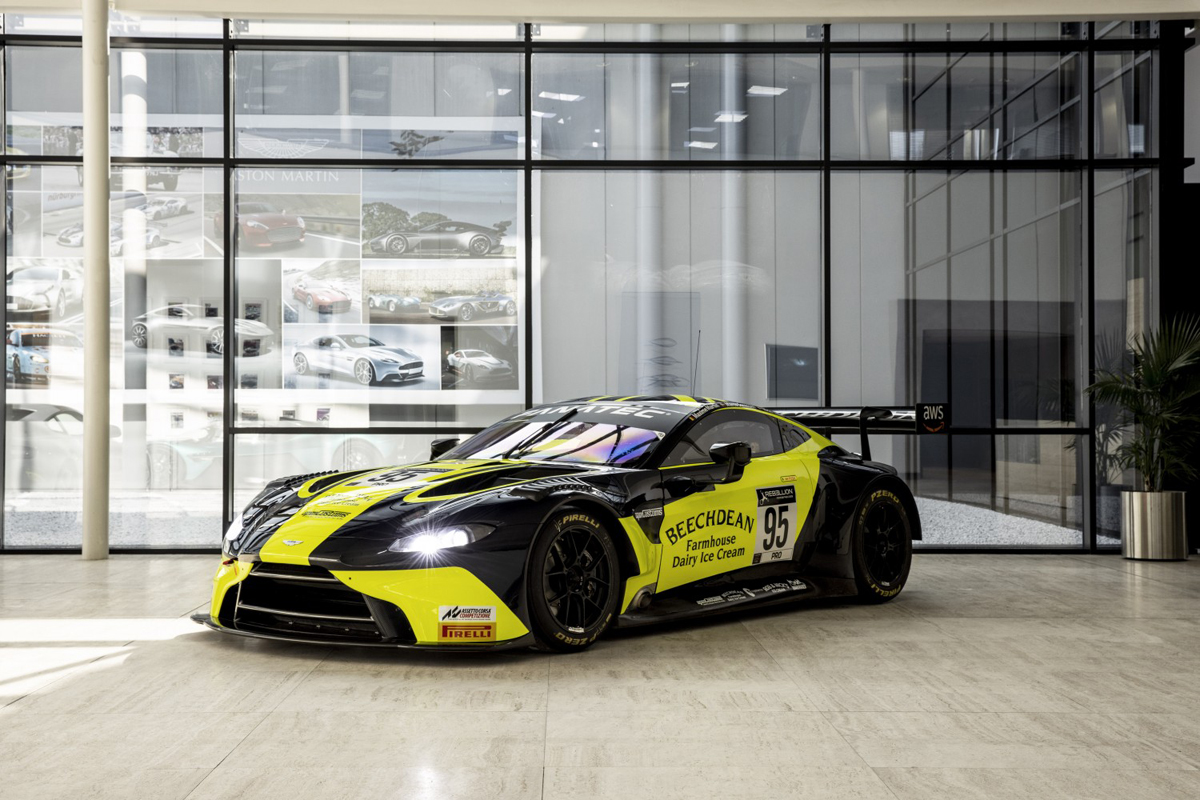 The Beechdean AMR team has confirmed its presence in the Pro category of the GT World Challenge Europe Endurance Cup. The British structure will have an Aston Martin Vantage GT3 with direct factory support and a lineup made up of official brand drivers. In fact, the three drivers selected to shape Aston Martin’s return to the Endurance Cup Pro class are Nicki Thiim, Marco Sorensen and Maxime Martin. What’s more, Beechdean AMR will have another GT3 entered in the new Gold Cup.

The presence of the #95 Aston Martin in the GTWC Europe Pro class represents the first assault on the overall Endurance Cup title by Aston Martin since the 2019 season. And it is not just any attempt, since for the first time three AMR factory drivers share a car during the Endurance Cup season. Although there was already a line-up of three official drivers in the 24 Hours of Spa -with a podium-, it is not something that has been seen in the other rounds of the Endurance Cup.

Nicki Thiim and Marco Sorensen will compete together for the first time since they won the title of world champions in the GT category of the World Endurance Championship in the 2019-20 season, while Maxime Martin is ready to join forces with two drivers he knows very well. In fact, the Belgian has competed alongside Thiim in the NLS. What’s more, Maxime Martin can bring an extra to the team after winning the 24 Hours of Spa in 2016 as a BMW driver before packing up and joining the Aston Martin official driver roster.

Read:  A study shows that electric and hybrids are gaining ground in Europe

Andrew Howarddirector of Beechdean AMR and driver of the team’s other Aston Martin, said: “As Aston Martin Racing’s longest-associated ‘customer-team’ I am proud to shape this programme. The existing emotional bond with the brand has been key to ending up entering the Endurance Cup. We start a new chapter with the help and collaboration of Aston Martin. We intend to show the full potential of the Vantage in the most competitive GT series in the world.».

Andrew Howard himself will star in the driver line-up of the other Aston Martin from the Beechdean AMR team, entered in the Gold Cup. He will be accompanied by Valentin Hasse-Clot and Theo Nouet. The first of the two has recently been appointed as the new factory driver for Aston Martin Racing, while the second has the ‘Silver’ rating, which draws the perfect line-up for this new Gold category that SRO has developed for its championship.

iPhone 11 vs iPhone 11 Pro: which one is worth buying this Christmas and New Year’s Eve

Cybercrime continues to rise in Europe, mainly in Spain