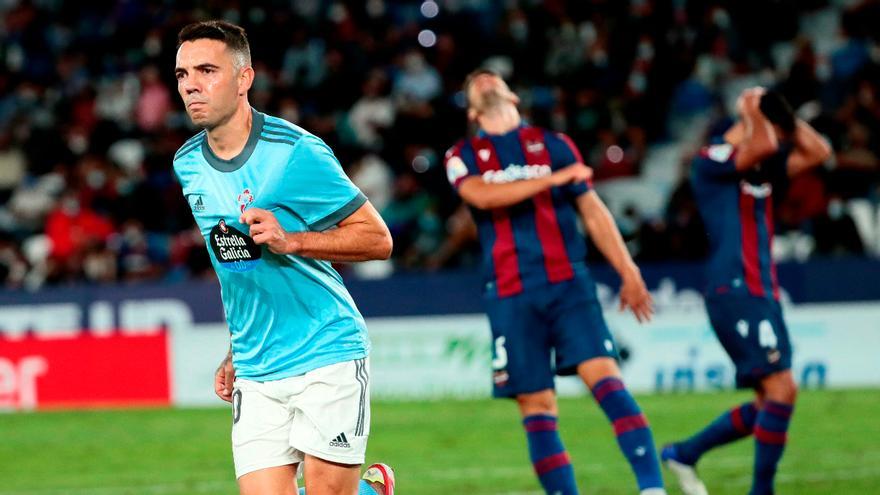 With his goal last night against Levante in the Ciutat de Valencia, the Celta de Vigo striker Iago Aspas He has already added 105 goals in the last seven league championships, a figure that only surpasses three players and none of them are Spanish.

The ranking is led by the Argentine international Leo Messi, who scored 188 goals with the Barça shirt, 35 more than his former teammate Luis Suarez, who last night signed a decisive double for Atlético de Madrid to overcome Getafe at the Alfonso Pérez Coliseum.

The podium is completed by the French forward of Real Madrid Karim Benzema that adds 111 goals, maximum scorer until the moment of the course 2021-22 with 6 goals.

Behind them is the celestial attacker Iago Aspas with 105 goals, twelve more than the French Antoine Griezmann (93) and 21 that the Villarreal forward Gerard Moreno, the second Spanish in the classification.