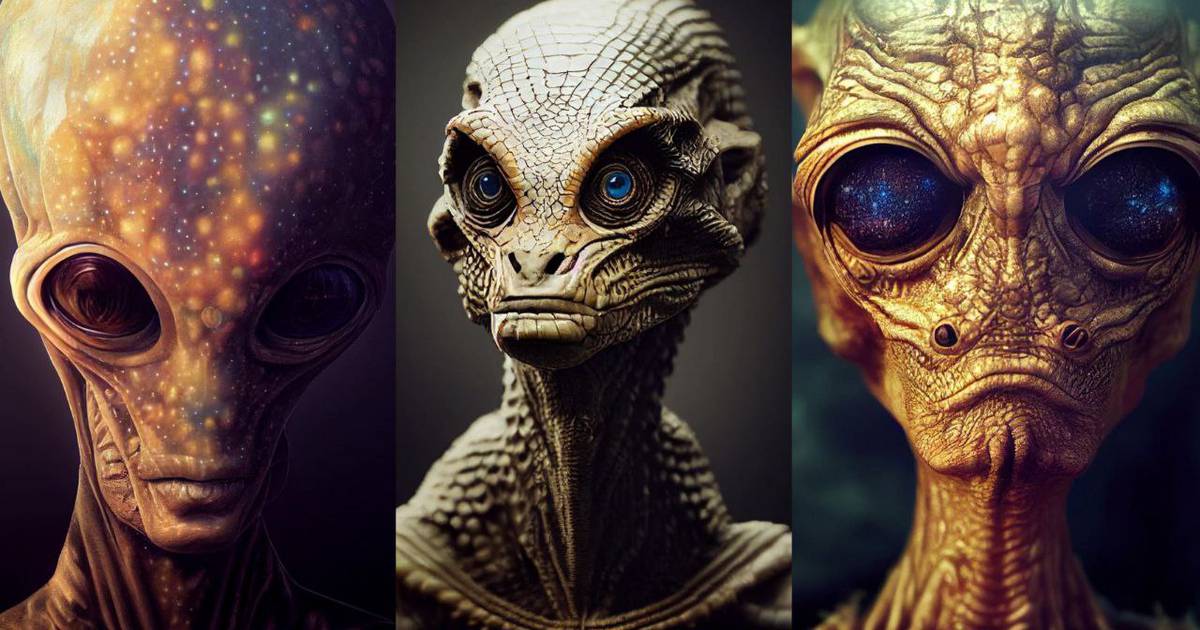 Are we alone in the universe? Science has not been able to find extraterrestrial life, although missions and space programs have it as one of their objectives. In any case, one Artificial intelligence, the well-known Midjourney, draws alien races, with impressive results.

Let us remember that Artificial Intelligence is the attempt to bring Human Intelligence to a machine or a computer. It is based on learned learning and deep learning, working with algorithms to give answers as if it were an ordinary person.

In this case, the answers They translate into pictures.

The alien races drawn by the Artificial Intelligence Midjourney

Virgili is a digital designer with more than 20 years of experience in the graphic and interactive field.

“I am fascinated by artistic expression in all its forms and especially through new technologies”, states on its website, where some of his digital art works worked with Artificial Intelligence are shown.

“In addition to using it as a tool for creating works”, says Virgili, “I also like to experiment with AI using as little influence as possible to observe her reactions, get to know her better and learn from her, just as she does from us.”

With this, he defines that the art seen in his TikTok account has a short influence of his, and a greater influence of Artificial Intelligence.

Read:  What is data intelligence and how to use it to optimize your company

We leave you below some of the alien races of Artificial Intelligence, in conjunction with Marc Virgili, has been producing. Will it ever be confirmed that they are like that? Or will it be known at some point not only about their existence, but also about what each one is like?