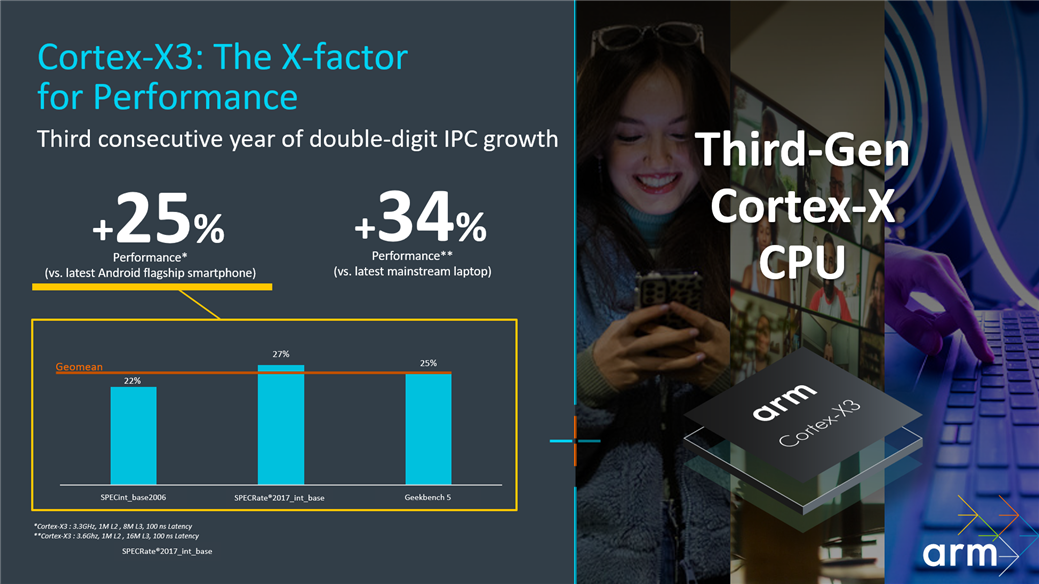 MRA has presented officially the Cortex-X3, Cortex-A510 and Cortex-A715 coreswhich will reach mobile phones in 2023 from companies such as Samsung or Qualcomm, which usually license ARM designs to create the Exynos and Snapdragon chips that we see in many smartphones high end.

The novelties are summarized in the following points:

The British company, in parallel, has presented a new GPU named Immortalis. This stands out, like the one developed by Samsung and AMD, for opening the door to ray tracing on mobile devices; a technology that, until recently, was only delivered by relatively modern Nvidia or AMD GPUs.

An ARM upgrade not enough to beat the iPhone

as pointed out ArsTechnica, the aforementioned 25% improvement in the most powerful cores aims to be insufficient to rival the A15 Bionic that Apple has mounted in the iPhone 13 since 2021. The aforementioned chips are between 30% and 40% more powerful than Snapdragon 8 Gen 1, which incorporates almost all high-end Android phones in tests such as Geekbench.

It should also be remembered that Apple will likely introduce a new A16 Bionic chip before the end of the current year, so the difference could increase even more before the first chips based on the new ARM cores reach the market.

Read:  Espanyol, to hit the table against Cádiz

Another factor to take into account is the implementation that each brand makes of these components. ARM’s designs and R&D are a very important part of the equation, but other parameters that depend solely on the chip manufacturers are also determining factors. This explains, for example, why processors from Qualcomm, Samsung or MediaTek offer different performance despite starting from the same base.

All these news from ARM, although they have been presented right now, will probably not see the light until 2023. It will be then when the first smartphones with chips like the future Snapdragon 8 Gen 2 or the next generation of Exynos hit stores.