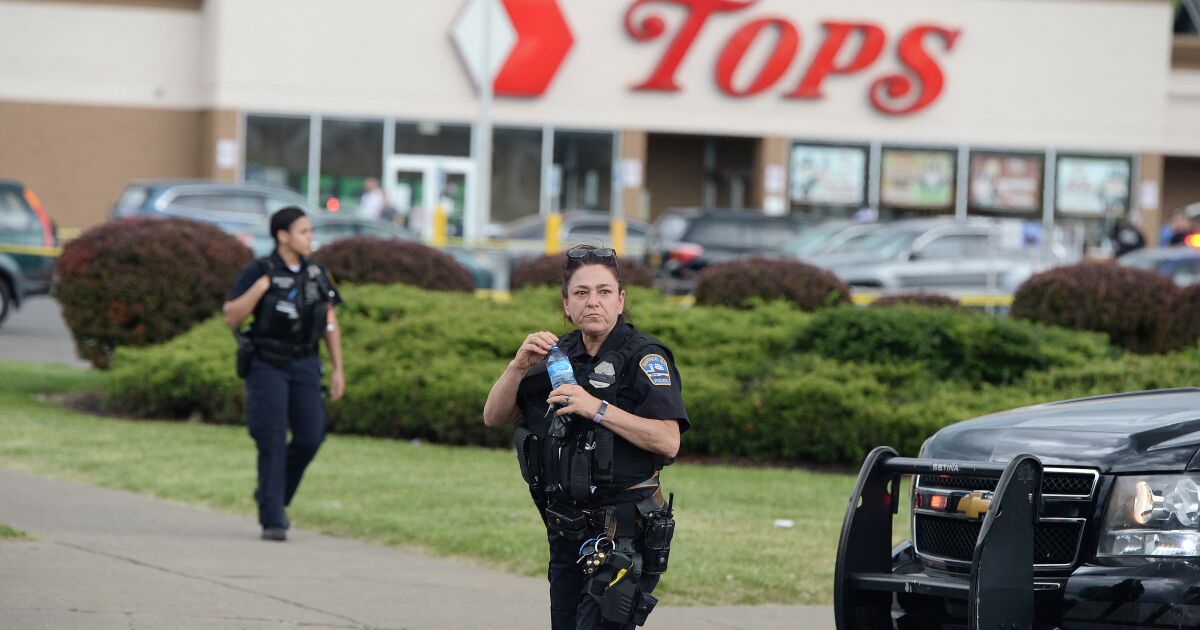 Authorities said the white suspect, who was armed with an assault rifle and appeared to have acted alone, came to the city of Buffalo from another New York county “hours away” to attack the supermarket, located in a majority African-American community.

Eleven of the 13 people shot were black and two were Caucasian, US authorities said.

The Buffalo Police Department tweeted that officers were “at the scene of the mass shooting at Tops,” the grocery store, and that the shooter was in custody.

“Police said several people were hit by the gunshots.”

Police are investigating whether the shooter was livestreaming the attack, according to the newspaper, as has been claimed on social media.

The FBI said it is investigating the shooting as a “hate crime.”

“We are investigating this incident as a hate crime and a case of racist extremist violence,” Stephen Belongia, a special agent with the FBI’s Buffalo office, told reporters.