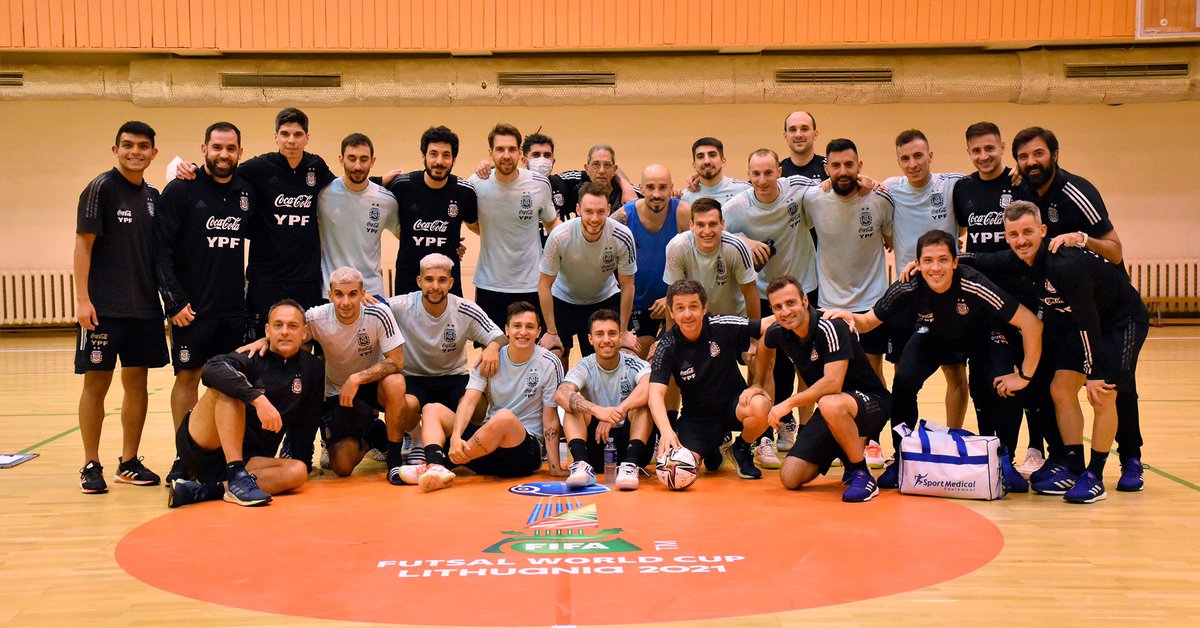 The Futsal World Cup Lithuania 2021 It began this Sunday, just one year after the postponement due to the coronavirus pandemic, with the Argentine national team defending the title obtained for the first time in Colombia 2016.

The national team starts today at 2:00 p.m. the defense of the title against the United States. The selection, with Matías Lucuix as coach instead Diego Giustozzi (the coach who led the team to glory) is seeded in group F and will play all three of his games in the city of Vilna, capital of Lithuania. DirecTV Sports and Public TV broadcast.

The second commitment of the team will be on Friday 17 – again at 14 – against Serbia, one of the European powers. The third and last match will be played on Monday 20 – at the same time – against Iran, the top Asian champion and bronze winner in Colombia 2016.

The squad repeats several names of those who won the trophy five years ago, such as Nicolás Sarmiento, Santiago Basile, Cristian Borruto, Alan Brandi, Leandro Cuzzolino and Damián Stazzone.

Our country will have other representatives in the World Cup since María Estefanía Pinto and Darío Santamaría They will be part of the refereeing team.

The other groups are made up of the following selected:

Cuzzolino’s celebration in the duel against Russia for the 2016 World Cup, where Argentina struck (AFP PHOTO / LUIS ROBAYO)

Argentina, world champion for the first time in the edition played in Colombia five years ago, will have to finish in the top two places to qualify directly for the round of 16 or be one of the four best third places.

If he passes as first, he will play on Thursday 23 against the second of group E that has Spain as the favorite, winner of the 2000 and 2004 editions.

In case of finishing second in group F, the “albiceleste” will meet the guard of C where Portugal will compete, the last European champion led by Ricardinho, six times chosen as the best player in the world.

READ:  Hurricane Grace hits QR and moves towards Veracruz for the weekend

In the case of being third, Argentina could face the winner of group D, led by the powerful and five-time champion Brazil, or the leader of C.

The grand final and the match for third place will be played on Sunday, October 3.

The novelty of the ninth edition of the World Cup organized by FIFA will be the implementation of the VAR for the first time.

As in soccer, the two field referees will be able to use the video system in four incidents: goal or no goal situations; criminal or non-criminal; direct red cards; and possible cases of confusion of the identity of the player.

The difference is that each coach has a VAR request per time and one more in case of extension. If the request is favorable, the DT retains the benefit of requesting the VAR. Otherwise, you lose it.

Since obtaining the World Cup in Colombia, Argentina has threaded 41 victories, 11 draws and 8 defeats in international matches.

THE ARGENTINE ROSTER THAT WILL LOOK FOR THE TWO CHAMPIONSHIP