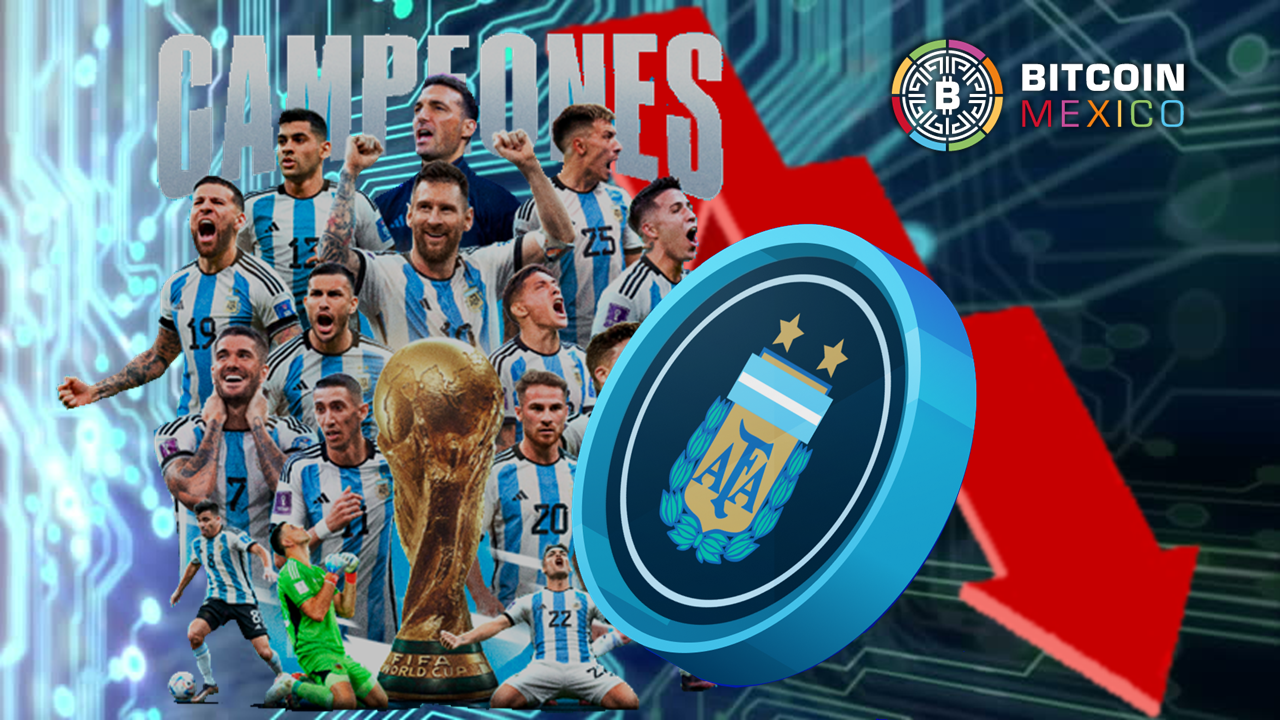 Both in the world of traditional finance and cryptocurrencies, there is a phrase that fully paints what happened once the final of the Qatar 2022 World Cup was over: “Buy the rumor and sell the news”, which translates into buy with the rumor and sell with the news. On this occasion, the owners of the Argentina fan token were the ones who saw all their profits liquefy.

The first World Cup in the Middle East was in the hands of the team led by Lionel Messi, who was key in the final against France. The PSG player scored two goals in the 3-3 draw and scored his penalty in the definition. For the South Americans it was all joy: they won the tournament for the third time after what was done in 1978 and 1986.

However, contrary to what many thought, his fan token collapsed.

The ARG asset, developed by Chiliz, a platform that has a huge number of sports offers, It has fallen more than 40% since the selected team led by Lionel Scaloni lifted the most important trophy. For many the celebration did not become complete.

In 2021, with a view to the World Cup, Argentina became the first team to have its fan token imitating many clubs in the world and Formula 1 teams and debuted at a price of around $4 dollars.

Read:  He makes his wife sign a "World Cup contract" and they applaud his play

Prior to Qatar 2022 it saw its all-time high of $9.15 and during the tournament, especially after the upset loss to Saudi Arabia, it fluctuated wildly. On December 7, it was worth just over $2.50.

The illusion generated after advancing to the round of 16 and quarterfinals changed the trend. This was confirmed especially after beating Croatia in the semifinals: it reached a peak of $7.14 on Friday, December 16. However, the good times are over for the team despite having the cup in their hands.

At the time of writing, ARG was trading at $2.86, having opened on Sunday at $5.98, with a high of $6.11. With this brutal fall, it is difficult to think of a good recovery in the short term, especially without national team activity until 2023.

How does a fan token work?

Hobbyists, as developed Bitcoinist“they can participate in some decisions related to the team, get various rewards and access exclusive experiences.”

In the particular case of Argentina, there are no specifications on what advantages users have. It is clear that the proposal to meet Messi or have a one-on-one conversation with Scaloni would make the token fly again.

At the beginning of November, the Chiliz token (CHZ) lived its best moment and when it was expected to explode in the middle of the World Cup, it suffered a setback. On November 6, it reached almost $0.29 cents after having stepped on $0.1624.

Will there be a recovery of both tokens or will they continue to be affected without World Cup fever?