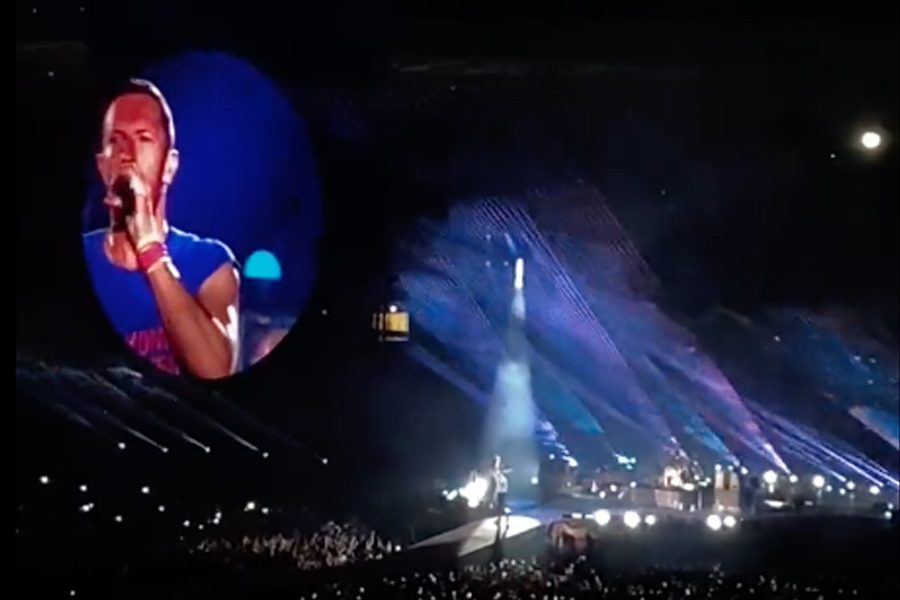 Chris Martin played “A Sky Full of Stars” at the Foro Sol when, due to something that happened with a fan, the vocalist stopped the Coldplay concert.

since a few days, Coldplay is visiting Mexico, offering presentations in Monterrey, Guadalajara and this week with three shows still scheduled at the Foro Sol in Mexico City.

After six years of not stepping on the country’s capital, The Chris Martin-led quartet has been in the news since their Music of the Spheres tour was announced.which, in fact, could be the last, since the band reported that, as of 2025, they would no longer give concerts.

On the other hand, we must not forget that, all over the world, fans had to endure more than a year without concerts due to the pandemic caused by Covid-19. Although it is true that in Mexico there were already some shows with very limited forums, the reality is that it is not until this year that the reactivation of concerts as they were known before coronavirus is beginning.

In this context, Coldplay is one of the biggest bets for the organizers; a band that, from the outset, sold out four dates in Mexico City alone, of which three are yet to take place. Today is the second presentation of the British.

Yesterday, fans of Coldplay in the Mexican capital they experienced one of the most anticipated events, which included, among other things, a tribute to Juan Gabriel, the “Divo de Juárez”, with his own version of “Eternal Love”.

Read:  They traveled to Monterrey to see Coldplay and they forget the tickets; it goes viral

However, another of the events that became viral on social networks was when vocalist Chris Martin stopped the Coldplay concert to ask a fan if she was okay.

The quartet was performing the song “A Sky Full of Stars” when, from one moment to another, the singer stopped the actions.yes The cameras focused on him and they saw how the musician addressed the audience to ask a fan if he was okay.

Chris Martin stopping everything to ask a fan if she’s okay??? #ColdplayCDMX pic.twitter.com/yPOyWLapSx

The moment, as expected, slipped into social networks and received an interesting interaction from Internet userssince, while some affirmed that it was a great gesture of the vocalist, there were those who doubted the veracity of what happened, affirming that it was something “set up”.

On the other hand, it is not known for sure what happened to the fan of the group, but shortly after the show continued its march with the howl of the public that, yesterday, filled the Foro Sol.

The tour Music of the Spheresin Mexico, has given good resultsAt least that’s how it has been shown on social networks, where Coldplay has been a trend since even before arriving in Mexico.

And it is that the band has managed to connect with its audience, first, with the duet with BTS that comes on its most recent album and that is one of the greatest moments during the shows.

On the other hand, the strategy of making covers of songs with a strong presence in the country, such as “Rayando el Sol” (in Guadalajara) and “Amor Eterno” (in CDMX)has also been an important factor for the group to continue in the main trends in Mexico.