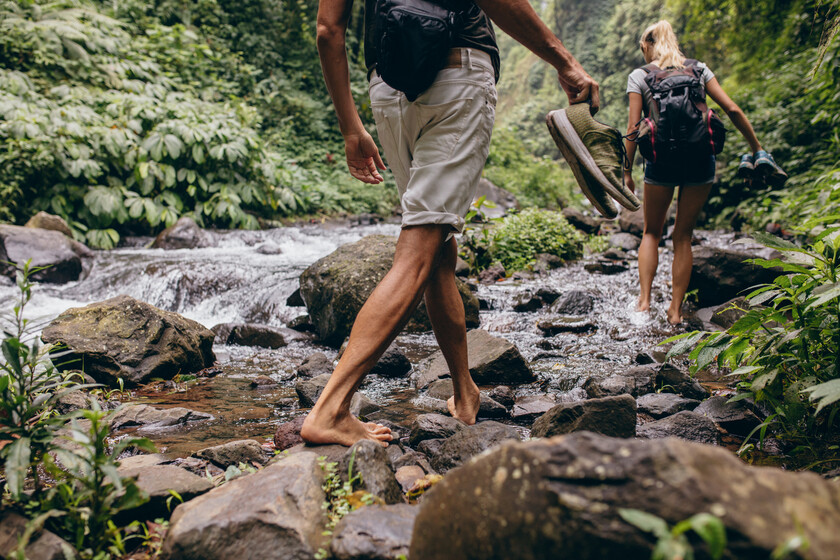 One of the main pillars of health in a western society is physical exercise, above all, what is strength training. We know that when we get older and we have not exercised, certain tissue disorders may appear such as sarcopenia and osteoporosis.

We know for sure that suffering from these disorders reduces life expectancy due to its effects on health.

Index hide
1 Sarcopenia
2 Osteoporosis
3 Are we really designed for exercise or running?

Sarcopenia is the loss of skeletal muscle mass and function associated with age. It has considerable social consequences for the development of frailty, disability, and health care planning. The causes of sarcopenia are multifactorial and can include disuse, impaired endocrine function, chronic diseases, inflammation, insulin resistance, and nutritional deficiencies.

A reduction in lean body mass and an increase in fat mass is one of the most striking and consistent changes associated with advancing age. Skeletal muscle and bone mass are the major (if not exclusive) components of lean body mass that decline with age. These changes in body composition appear to occur throughout life and have important functional and metabolic consequences.

Sarcopenia is correlated with functional impairment and disability; Furthermore, it has been associated with increased mortality, although weakness has been shown to be a stronger predictor of mortality in older people than muscle mass. Sarcopenia has also been found to predict nosocomial infection during hospitalization.

Aging is associated with gradual bone loss, leading to brittle bones and an increased risk of fractures, especially in women. Still, while osteoporosis is recognized as an important medical condition and will continue to be important as longevity increases around the world, there are very poor tools to manage it.

As there is an increased risk of fractures, there is also an increase in mortality, since being bedridden causes a positive feedback of sarcopenia and osteoporosis.

For all this, we ask ourselves the following big question:

Are we really designed for exercise or running?

This question is really complex, despite this, Daniel E. Lieberman, in his book “Exercise”, we are not designed for exercise or running.

We have to go back to the context and environment in which the human being found himself many years ago and at all times. It cannot be said that exercise, as we understand it today, is something evolutionary, since it really is something that we have invented.

To date, we have generated an environment in which there is a lack of movement, which strongly encourages sedentary lifestyle. We must think that the resources we need to eat, we have at our fingertips, we do not need to mobilize, although before we do. We think that before they moved a lot to collect and hunt, but it seems that perhaps they did not do so much. They had to move only when the need prevailed, that is, “I have to eat, I have to move, but I also have to save energy to survive“. In the end, those that prevailed were those that reproduced, those that saved that energy in order to procreate.

It also depended on the roles that each one took in each stage and in each place, context, etc. It is not the same to have to move to look for food and hunt as later when the agricultural revolution arrived, when there was less movement and, moreover, more repetitive, which is the prelude to automation.

And are we designed to run? It seems that we have adapted to the fact that we have to run. If there is a need to race, in the end, we have been acquiring those mechanics. For example, the tribe about the Tarahumara, they ran long distances, and they started running for fun, So running, where is it born? Is it born from a more competitive context? Is it born from a need? It may have been a necessity before, but not today.

The nuance would be that the human being is not designed to exercise as we understand it now. Before they did not exercise as they do now, such as running, moving loads, etc. Before we were prepared for certain demands; An example of this is that before they did not move stones with the aim of gaining muscle mass, but to build houses or defend themselves. If we go to a more contemporary context, like ancient Greece, it did train in a more similar way to now.

The bottom line would be that we are not designed to exercise as we know it today. What happens is that we have adapted to the context of today.

In Vitónica | This is how physical exercise helps you fight anxiety