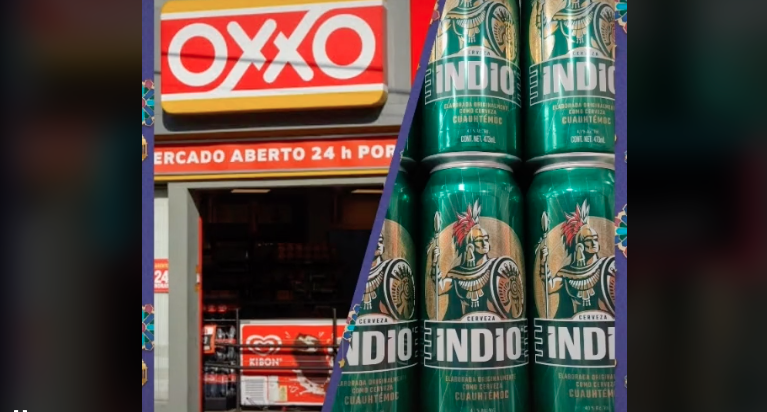 Within the Mexican territory there are thousands of options to acquire types of products and services, from the popular street markets, a symbol of the Mexican streets, or the corner and grocery stores, to the monumental central supply, or self-service stores and supermarkets, that is why One of the main doubts of national consumers is where it is best to buy these products, which is why an Internet user took on the task of testing the famous “promos” of Oxxo in beer and solving the question of Oxxo vs. the super.

How much beer does a Mexican consume on average?

Data provided by the National Institute of Statistics and Geography (INEGI) Y the National Chamber of the Beer and Malt Industrypoint out that until last year Mexico was in the 30th place in terms of beer consumption, this within the world ranking.

In the same way, I know that the annual per capita consumption of beer in Mexico went from 55 to 68 liters between 2014 and 2019, which means that on average each Mexican consumes about 1.3 liters of beer per weekthis according to data provided by the report “Knowing the beer industry” prepared by the INEGI and the National Chamber of the Beer and Malt Industry.

Read:  Emojis arrive at Uber Eats and this is how you can use them to order food in the app

Oxxo vs. the super Are the promos worth it?

Since its appearance in 1978, Oxxo stores have managed to position themselves within the preferences of national consumers, due to the fact that they positioned themselves with the sale of service payments, deposits, self-service store products; however, one of the characteristics of these stores besides your 24 hour availabilitys, is the section of their promotions, which although they are visible in various products, those related to beer and wine are one of the most requested.

One of the most famous “promos” in stores Oxxo your offer of three brass for 53 pesos, which can offer both Corona, Modelo or Tecate beer brands on occasions, which is compared to a supermarket offer, which is 4 cans for 76 pesos, so the Internet user points out that in Oxxo you can save up to two pesos with its promotionin second place, the content creator, points out that the 12 pack of Indio brand beer costs 155 pesos in promotion, while in its comparison in the supermarket, is in a similar range Finally, the content creator points out that the price of the 12 pack of victory, you can save up to 80 cents per can within its comparison with supermarket prices.

Within the comments generated in networks, it was pointed out that Oxxo stores offer an extra, This is due to the ease of access that it allows and the collection that is usually simple, in addition to its availability, due to the hundreds of stores that are active within the national territory.