Bullfrag
Home News Are NFTs the new version of ICOs? 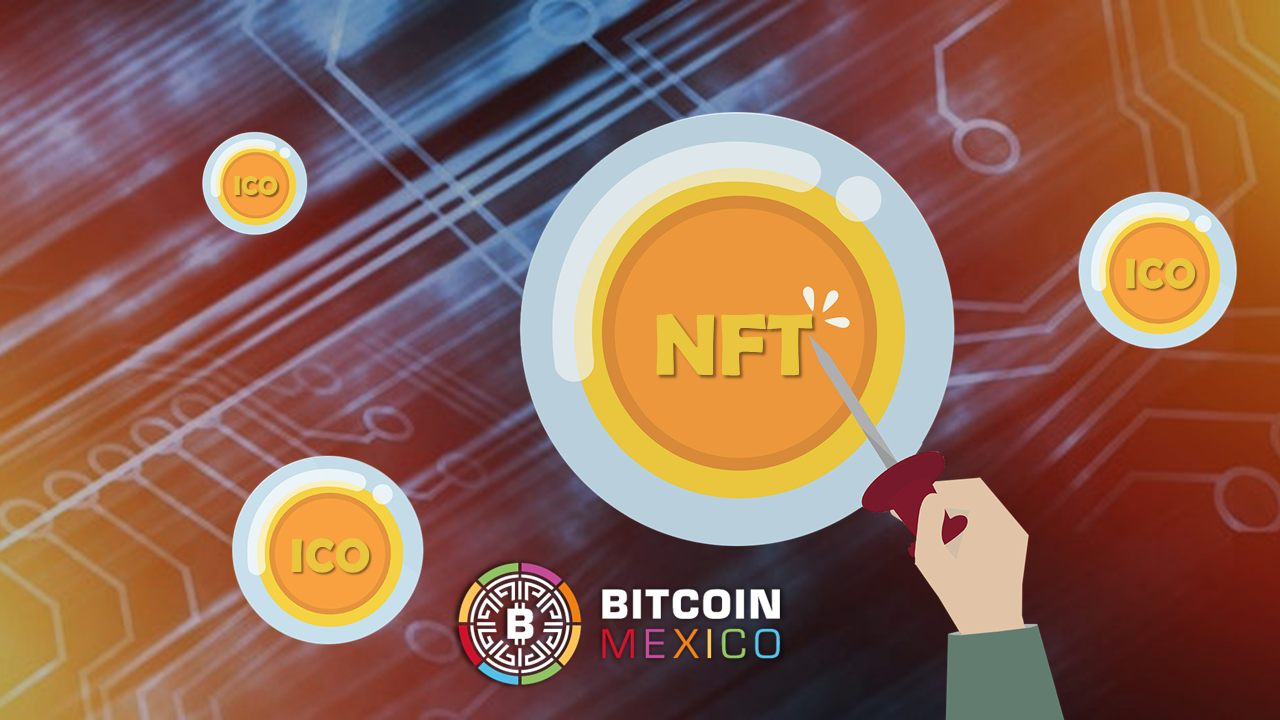 Nevertheless, It is worth noting that an exaggeration in the level of enthusiasm is dangerous, especially if we remember what happened with ICOs. So the reflection is: Could NFTs fail in a similar way to ICOs?

Index hide
1 What was the ICO crisis?
2 The collapse of the bubble
3 Are NFTs a bubble?
4 Financial bubbles, exclusive to the crypto market?
5 Will the NFT industry disappear?

What was the ICO crisis?

An ICO refers to ‘Initial Coin Offering’. Very simply a ICO can be explained as an initial offering of cryptocurrencies that a project carries out with the objective of obtaining financing and public recognition to achieve its goals.

That is, for example, a startup has a great project idea associated with the crypto world. But, in order to develop it, the startup requires financing. Then An ICO is the sale of the project token in an initial phase that allows the startup to obtain money without giving up ownership of the company.

Particularly in 2017 this method became popular in the crypto community. The startups had to write a document detailing how it will work, better known as a White paper, and create a pleasant website that sells the future and the present of the project.

However, unlike an initial public offering (IPO), an ICO does not offer the investor any ownership interest in the company in which they have invested. Yes, as you have thought, it is to bet that the cryptocurrency you have acquired, although now it is worth nothing, in the future it may increase in value.

The collapse of the bubble

The problem is that any person or company can launch an ICO. Here began the whole story behind the boom and subsequent collapse of ICOs.

According to a study made by GreySpark Partners Among more than 1,900 ICOs that were studied, 890 token sales did not raise money at all. In this sense, few ICOs managed to raise what was necessary, among the few that did are EOS, Filecoin and Tezos.

But in addition, the report found that, during the weeks after the launch of the ICO, the percentage of these projects that showed positive returns decreased significantly.

Even so, hehe ICOs, until the end of 2018, managed to raise a total of approximately $ 14 billion dollars. In addition, we must bear in mind that Ethereum was the blockchain chosen by the majority for the launch of its tokens. Basically, the idea spread that it was possible to get rich with just an idea and a token.

Nevertheless, the ICO boom cooled down for various reasons: concerns of possible scams, regulators began to view the industry with concern, among others. Then, projects that failed in the process of carrying out their plans were observed, even projects that spent the financing without creating a product or business.

In particular, the end of ICOs began when the SEC decided to investigate it and, subsequently, they determined that it involved sales of securities and sued, with multi-million dollar fines, several projects. By August 7, 2019, research analyst Larry Cermak posted a thread on Twitter detailing some of the data that demonstrated the end of ICOs.

As can be seen, by then the average return of ICOs in USD had decreased to -87%.

Now the concern is that something similar could happen to the non-fungible token (NFT) industry after a clear increase in enthusiasm.

Are NFTs a bubble?

In general, it is difficult to recognize a bubble while you are immersed in it. It happened in the 2008 crisis in the United States and also with ICOs. However, it is possible to try to recognize what the foundations of the NFT industry are and from there to try to reach a conclusion about how strong they are.

Briefly, an NFT is a digital asset that represents objects of the physical world such as art, music, video game elements, among others. This is a market that has existed since 2014, but has been gaining strength and boom since 2020.

The appeal of NFTs is that it gives artists and content creators a chance to monetize their products with the ability to guarantee people their authenticity.

In fact, the first peak of the NFTs was reached with the Beeple auction “Everdays: The first 5,000 Days” for a total of $ 69.3 million that happened at Christie’s, one of the most important auction houses in the world.

As with ICOs, famous personalities have shown their support. For example, Snoop Dogg or Paris Hilton who have demonstrated their support for the NFT industry or even companies like Coca-Cola.

Thus, in a very short time, the NFT industry has reached impressive dimensions. But, to understand if it could be a bubble, you need to understand what this implies.

The first thing that needs to be pointed out is that bubbles can occur in all economic sectors, so it is not something new and only seen in the crypto ecosystem.

In this sense, An economic bubble is a phenomenon that consists of the disproportionate increase in the price of a product or asset, separating it from its inherent value.

Therefore, the main characteristic of a bubble is the prolonged price increase and, apparently without a ceiling, of a good or asset. However, the brake comes when the euphoria settles.

In history, various bubbles have occurred with their consequent bursts, for example, the Crack of 1929, Black Monday of 1987, the dot-com bubble in 2000 and, more recently, the mortgage crisis of 2008.

And in fact, it is relatively normal to see bubbles develop in sectors experiencing groundbreaking innovations, such as the Internet at the beginning of the millennium.

Will the NFT industry disappear?

In this way, yes, it is possible that a bubble has developed in the NFT industry, however, even if it were, this would not necessarily have to be the harbinger of the death of your industry.

Certainly, The NFT industry bears similarities to ICOs: One group creates attractive virtual artworks, turns them into an NFT, and then goes up for auction. Investors then turn around and sell it in the markets with the expectation of making a profit. In particular, in this case, the increase in the price of these works is supported by the scarcity.

However, this shortage would be nothing if someone else was not willing to purchase NFTs. Thus, an essential attraction for NFTs is their liquidity.

For example, if we enter OpenSea, one of the largest NFT marketplaces, and review the Bored Ape Yacht Club collection, we will can see that any of their works have been exchanged multiple times and of course they have made a profit from it.

In this sense, the industry has undoubtedly generated a significant euphoria, mainly fostered by the FOMO (Fear of Missing Out). So, currently, the market could probably be full of “free riders” who are those who ride the wave of euphoria.

In particular, concerns are about a possible regulation of the industry and, consequently, a dead stop to the boom, similar to what happened with ICOs. Assuming that’s the case, what prevents the same thing that happened to ICOs from happening to NFTs?

According to the crypto and NFT enthusiast, Hansel, Some of the differences between NFTs and ICOs are: The latter were used to create new cryptos that could be speculated on, while NFTs do not promise profits.

So, in reality, most of the time you buy a collectible and sometimes a utility token that can be used to enter a community, for example.

What’s more, the NFT industry has diversified rapidly; we can find projects from simple works of art to video games. So that, though i could face to a slowdown, the crypto community expects the NFT industry to be able to prevail in the long term.

In conclusion, the NFTs industry is in an early stage of development, which translates into increased risk to, for example, any other industry that has already developed and overcome all the challenges. And, since it is difficult to recognize a bubble in its initial phase, it is recommended to proceed with caution.

However, it cannot be denied that the NFT industry proposals have great potential, It remains to hope that the future holds.

The new Pokémon games, Guardians of the Galaxy and more: discounts of up to 50% on video games in Worten | Gaming

Airlines like Lufthansa will have to charter 18,000 empty flights to meet their quota, an economic and environmental waste | Industry