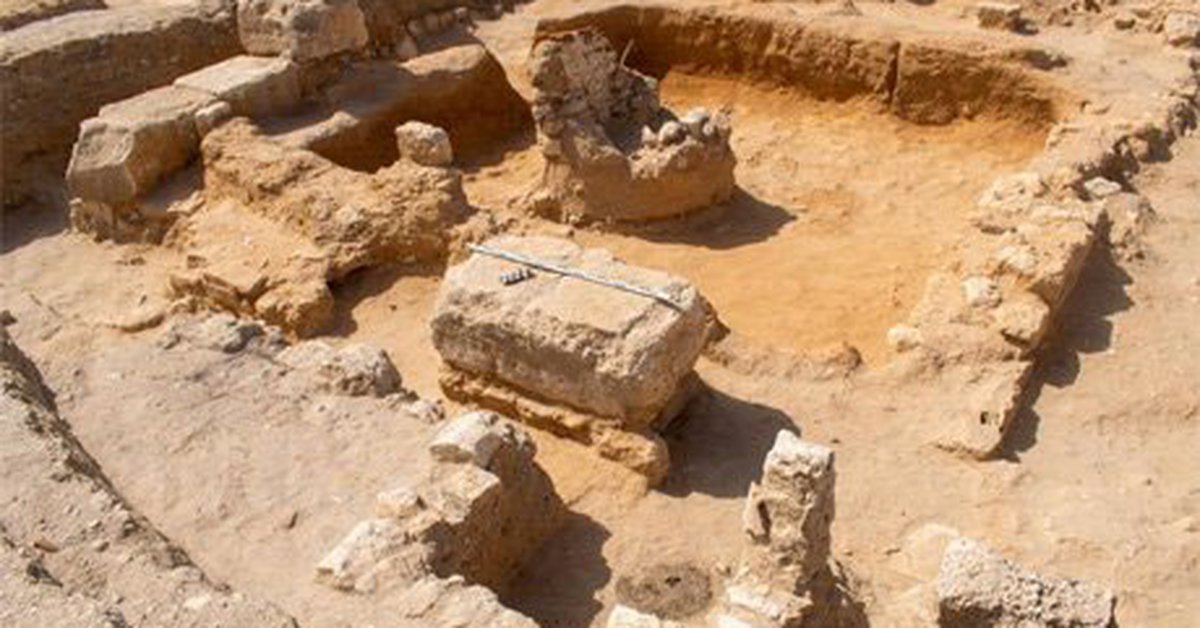 Egypt announced on Friday the discovery of a settlement in the Mediterranean coastal city of Alexandria dating back to at least the 2nd century BC.

An Egyptian archaeological team made the find in the central Al-Shatby neighborhood of the city during nine months of excavations, according to a statement from the Ministry of Tourism and Antiquities.

The settlement had a function “Residential and commercial”, according to the statement.

The head of Egypt’s Supreme Council of Antiquities, Mostafa Waziri, said the initial studies showed “a main road and adjacent streets linked by a sewer network ”.

The area was in use from the end of the Ptolemaic period to the middle of the period of Roman rule, encompassing a time frame ranging from “the 2nd century BC to the 4th century AD”Waziri said.

Archaeologists discovered a large number of wells dug into the rock and a network of water cisterns, according to the statement. They also found an alabaster statue of an unidentified Roman emperor, amulets, numerous amphoras, and some 700 ancient coins.

Some of the objects found in this archaeological zone

Ahmed Abu Hamd, Alexandria’s chief of antiquities, said the remains correspond to a “Market, workshops and shops of votives and sculptures.”

Cairo has announced a series of archaeological discoveries in recent years, in hopes of reviving a vital tourism sector, hit by an uprising in 2011, insurgent attacks and the coronavirus pandemic.

Last month, the Egyptian Ministry of Antiquities announced that archaeologists discovered vestiges of a military ship and a funerary complex in Heracleion, an ancient Egyptian city submerged in the Mediterranean.

Read:  A 43-passenger plane crashes into Lake Victoria in Tanzania

The discovery was made during underwater excavations at Heracleion (Thônis in Ancient Egyptian), which was one of the country’s main ports at the mouth of the Nile until Alexander the Great founded the city of Alexandria in 331 BC. The city, discovered in 2001, was submerged after a series of earthquakes and large tides.

“A Franco-Egyptian mission (…) found traces of a military ship from the Ptolemaic era and vestiges of a Greek funerary complex from the fourth century BC“Said the Egyptian Ministry of Antiquities in a statement.

This flat-bottomed boat, equipped with long oars, mast and sails, it was 25 meters long and it was used for navigation in the Nile delta, according to the first deductions of archaeologists. According to them, the ship was supposed to dock next to the ancient temple of Amon and it sank after the building collapsed due to an earthquake in the second century BC.

The researchers also discovered a funerary complex that shows the presence of Greek merchants in the region at that time of ancient Egypt. According to the ministry, the Greeks then ruled this region and built funerary temples. Vestiges of those temples were discovered underwater “in excellent condition,” he added.

(With information from AFP)