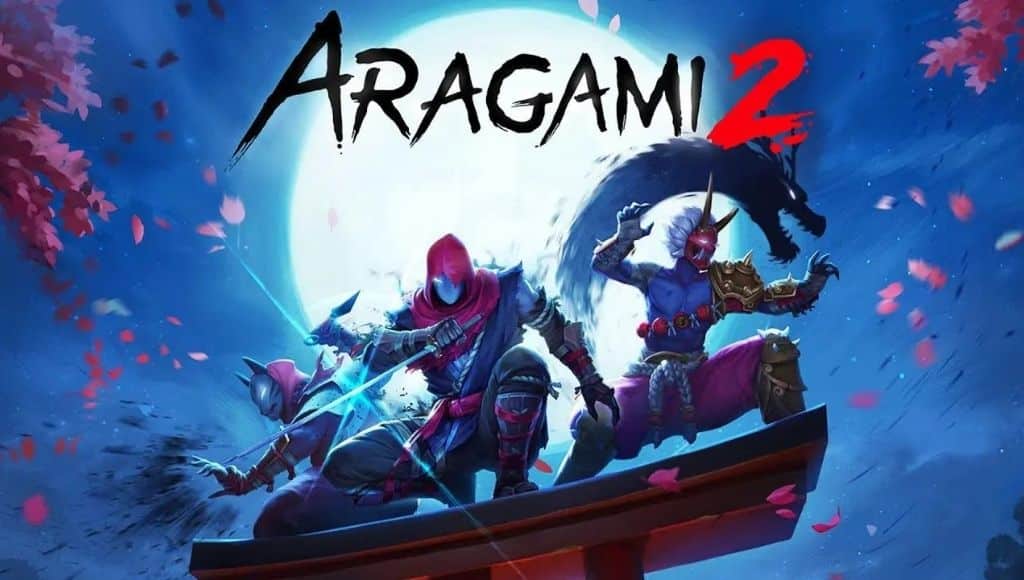 It was 2016 when the small Spanish indie studio Lynx Works published his first game called Aragami, a stealth action game that put us in the role of a vengeful spirit summoned to save a captive lady.

Years later we were able to enjoy our Xbox from Aragami: Shadow Edition, a new version of the game more complete, as it also included its expansion Nightfall, in which we could enjoy a campaign alone or cooperatively with another player online.

And since there is less left for the launch of its sequel, is that today we bring you the Aragami analysis 2 on Xbox series x, which has been created by Lynx Works and from which we can enjoy the launch in Xbox Game Pass from September, 17th.

This second installment puts us in the shoes of an Aragami, who after being released awakens in the Kakurega village, a place of refuge for the Kurotsuba Clan that is led by the Katashi Leader.

This particular Clan is made up of Aragamis, warriors who control the Essence of Shadows, a mystical power that allows them to control the ability to find shadows and whose mission is to defend the kingdom from the Akatsuchi invaders, who sow terror in the kingdom and burn everything in their path.

But this is not the only problem that the Kurotsuba Clan has to face, because a supernatural affliction has befallen the Aragamis, which deteriorates them physically and mentally. For this reason, they must search as quickly as possible for its origin and the cure for the evil that lies in wait for them.

With this premise, Aragami 2 presents us with a very interesting story that is told through cinematics and dialogues between missions, but that sometimes makes the player feel a bit lost in the plot or in the motivation of the next mission, since the lines of the dialogue are abundant and the references to names of other characters, clans and places can distract the player from the main thread of the narrative.

The plot unfolds through missions that the player has to select from a notice board in the village and thus unlock the new set of plot missions.

The Shadow Stalks You

On Aragami 2, the control of our character has taken a step further in agility and combat from its first delivery. If in the first installment we managed our main character with agility and without being able to fight directly against the enemies, in Aragami 2 all this has been improved, making our character much more agile in each of his movements, jumps and actions.

What’s more, we can abandon the paths of stealth and directly attack our adversaries, since now a health bar, another one of vigor and the possibility of attacking and defending against direct attacks has been included, doing a magnificent job of playable evolution in this aspect.

On the other hand, the game has a mission scheme that is very fun for one player or accompanied by two more players in online mode, but can become monotonous and repetitive in long gaming sessions, since the general structure of these is to re-visit one of the areas of the kingdom or a sub-section and listen to a conversation or the theft of an object, eliminate a key objective or rescue someone.

As we have said before, this mission scheme can be monotonous after performing more than 40 missions in long sessions, but that does not mean that we cannot enjoy the game if we take it easy or accompanied by other players, since these missions last approximately between 10 and 30 minutes, greatly favoring quick games, inviting the player to beat their own record time, increase their gold earnings and experience, finding secret objects or simply wanting to improve your overall score.

To do this, we will have to face a large number of enemies, among which we will find soldiers who patrol an area, soldiers who stand guard, soldiers with ranged attacks or even ninjas hidden in the shadows. All of them controlled by an AI that improves that of the first installment, since is more sensitive to the ear or when detecting a bloody body, but after facing her after several missions you discover that she is easy to mislead, either by running away or giving her time to forget about you and that makes us play very meticulously at first, hiding each body in grassy areas, but that as we move forward, we become a vengeful spirit that leaves behind areas full of bodies without witnesses and without any meticulousness.

At the end of each mission we will be awarded gold, experience or some special reward, such as schematics for weapons or dyes. All these resources can be spent or acquired once we return to the Kakurega village. In it we can approach the dojo to spend our experience points on skills for our character, such as the Whisper that allows us to attract enemies to our position. Another of these abilities would be Captivate, which causes an enemy to temporarily forget what he is doing and be blinded.

On the other hand, if we go to the smithy we can buy masks, armor and swords, but all of them for cosmetic purposes only. Personally, I would have liked all these elements of the smithy to have their own attack and defense statistics, beyond being able to equip a rune that modifies our damage or stealth.

In the smithy we can also buy all kinds of consumable items that replenish our vitality or that will give us a tactical advantage against the enemy. And finally, if we visit the Kabuki theater we can buy dyes for our weapons and armor, but in the same way, for aesthetic purposes only.

Put on the mask

Aragami 2 visually improves its first installment, the game continues with the same graphic style, showing us environments loaded with areas of light and shadows, with a visual aspect close to cartoon or cel shading, but without characteristically highlighting the edges of the objects on the screen.

The environments that make up the levels have gained in beauty and breadth, as they go from being linear areas guided by history to larger areas, full of enemies and objects. In the same way the characters and enemies have gained in visual richness and detail.

In the sound, Aragami 2 repeats composer, bringing us the soundtrack from the studio Two feathers, making let’s enjoy nice musical pieces that take us back to the time of the ninjas.

The game uses voices for characters that resemble Japanese, but that sometimes the use of onomatopoeia or very short expressions makes it difficult to determine if it is actually Japanese or not. But that’s the least of it, since they put us very well in the situation and the Spanish subtitles they are very useful.

Technically the game works 4K and has virtually non-existent loading times. Yes, the game presents some graphical errors and it’s the first title I’ve seen that makes the fan of my Xbox series x turn at more revs than with other more demanding titles. We don’t think this could be anything more than a small optimization bug that can be fixed by a future update.

Aragami 2 It greatly improves on its predecessor, since in the playable we have a much more polished control of the character and a fun multiplayer integrated into the missions, as well as it shows us a renewed visual and sound aspect, but that falters when it comes to telling its plot, as the mission system can become monotonous and repetitive, causing the player to disconnect from the plot from time to time.

This is how Sable’s first notes are being