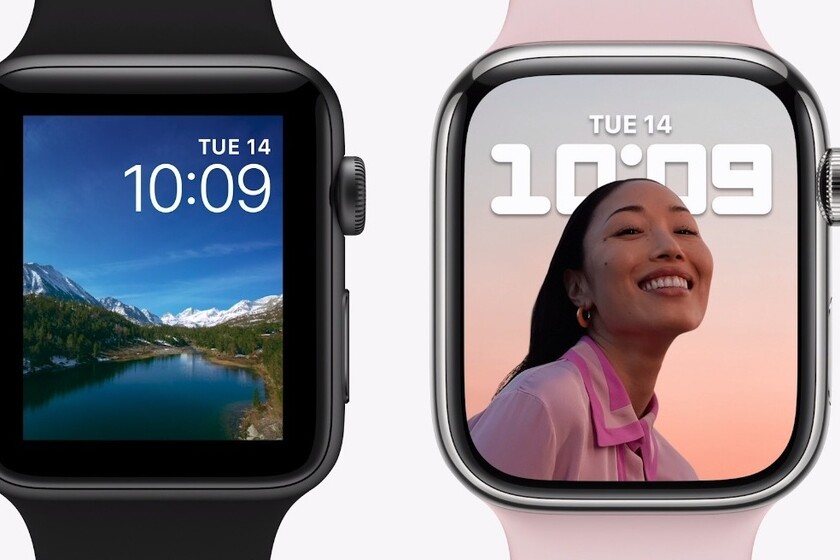 The day set by Apple has finally arrived to celebrate its autumn keynote and, as we all expected, it is official the new generation of Apple’s smartwatch. The Apple Series 7 boasts, above all, a bigger and brighter screen, fast charging and IP6X certification for dust resistance.

It also comes with new colors and all the news from WatchOS 8. Let’s see all the changes it introduces the new Apple Watch Series 7 compared to its predecessor, the Apple Watch Series 6. They are not many or great, but they are important.

The user interface of the Apple Watch Series 7 has been optimized to adapt to the new screen size and now fits 50% more text than in the Series 6. It also has new dials (Contour and Modular Duo), two other sizes larger font and a new QWERTY keyboard which allows you to type by touching or sliding your finger with QuickPath – to type by swiping.

Both the electrical heart rate sensor and the ECG app, as well as the Blood Oxygen sensor and app are passed from one generation to another. Where we do have an important change is in the battery, which continues to promise up to 18 hours of autonomy, but, thanks to the new USB-C connector on the charging base, now 33% faster to recharge: It only takes 45 minutes to go from 0 to 80%.

READ:  How to level up fast in Brawl Stars?

Finally, the Apple Watch Series 7 debuts five aluminum finishes (midnight, star white, green, a new blue and a new (PRODUCT) RED) and a case size that happens to be 41 and 45 mm, instead of the 40 and 44mm options that we had in the Series 6. However, Apple has confirmed compatibility with older straps.

Tensor, the SoC that can shape the future of Google devices