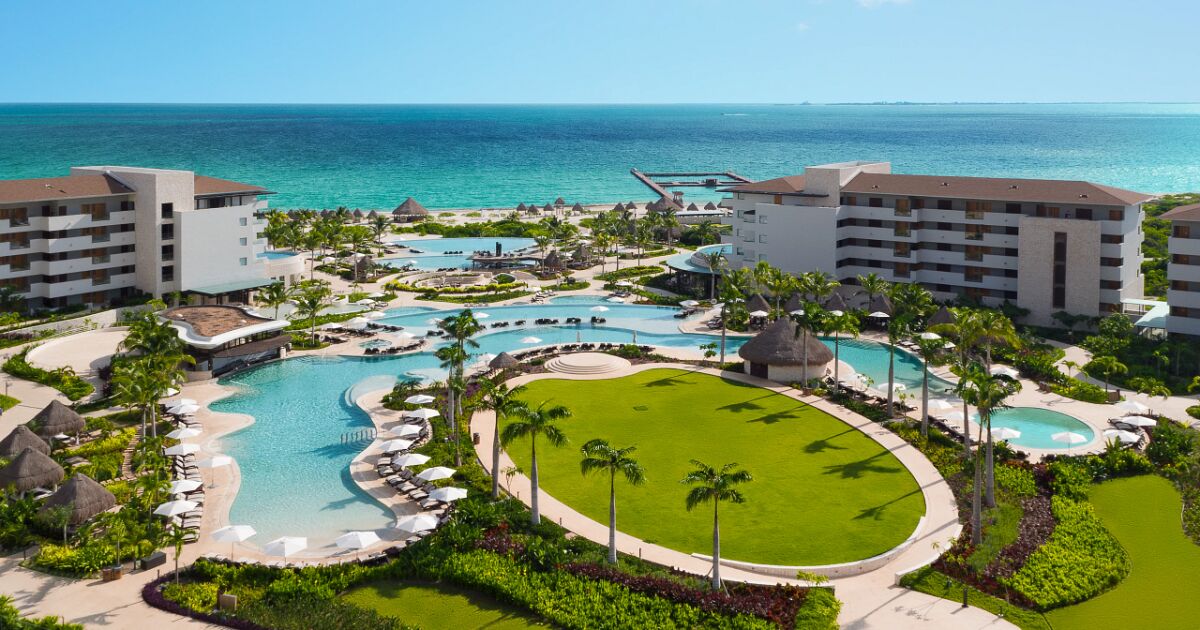 “We anticipate that by the first half of the year we will have opened 10 more hotels than in 2021, where we ended up with 100 hotels operated under our brands,” explains Federico Moreno Nickerson, vice president of development at Apple Leisure Group. “It would be a mix of conversions and new builds, but primarily new developments.”

The acquisition contemplates the AMResorts subsidiary, which has a collection of six independent brands and resorts that add up to 102 complexes in 10 countries, including Mexico. Through its acquisition, Hyatt seeks to make the country the second market where it grows the most, going from nine to 46 resorts.

The transaction included 24 resorts that AMResorts had in development at the time of its acquisition, representing around 25% of the existing portfolio, as well as more than 40 deals that were in advanced stages of negotiation. Hyatt expects AMResorts to generate $2.3 billion in revenue by 2023.

Part of this growth strategy implies an expansion of the portfolio of both brands, although on different fronts.

“What Hyatt has told us is: ‘You’re going to continue to look at resort projects for all-inclusive brands,’ and Hyatt’s existing team continues to do the same with European-plan hotels. We already have weekly meetings where we discuss projects; if it is more viable for them, or if some developer tells me: ‘I am interested in a hotel, but in the city’, I refer them to Hyatt”, explains the manager.

The company points to some markets that it considers to be booming, such as Mazatlán, where a complex of its Dreams brand is being built, the first in Sinaloa. What’s more. He considers that some infrastructure projects, such as the Mitla-Tehuantepec highway in Oaxaca, can trigger new developments in regions such as Huatulco, similar to the effect that the Mayan train could have in the southeast of the country.

Read:  The price of electricity drops this Sunday and will cost 201.42 euros per megawatt hour

“The train is going to have a multiplicative effect because people are going to be able to move. I see it as an extraordinary commuting option to go to work to trade (…) But any investment in infrastructure definitely benefits tourism”, he concluded.