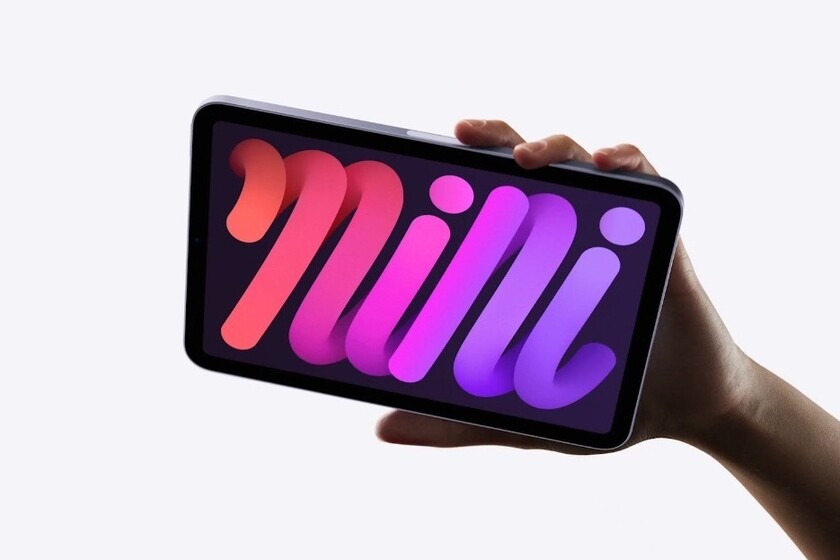 Apple has just presented an iPad mini totally renewed in design. Apple’s new small tablet has received the design that we have seen in the iPad Pro since 2018 and in the iPad Air since last year.

It was a more necessary renovation to say goodbye to the old frames, kept practically from the original design. In that sense, in addition to edges that have been reduced, the Liquid Retina display (LCD) has grown from 7.9 to 8.3 inches. This means that this new member of the family receives new covers and new accessories.


In addition, the iPad mini now has a USB-C port that replaces the traditional Lightning, and that Apple says that enables 10x faster file transfers. At the connectivity level, the iPad mini 2021 comes with Wi-Fi 6, optional 5G and allows the Apple Pencil (second generation) to be magnetically charged from one of the sides, like the higher models.

Like the iPad Air with which you share almost everything, iPad mini now has Touch ID built into its power button, not counting on Face ID like the Pro and the iPhone. Another point in common with the Air is also the new stereo speakers.

In terms of cameras, the iPad mini 2021 debuts a new rear camera. It has 12 megapixels, focus pixels and aperture f / 1.8. As for video, the announcement is that it records in 4K.

Apple has announced that it will market the iPad mini 2021 from $ 499. It will be available to pre-order from today, with the launch set for next week.

READ:  When will iOS 14.7 be released for iPhone? There is already an official date

As soon as we have the prices for Spain of the different versions, we will update the article.