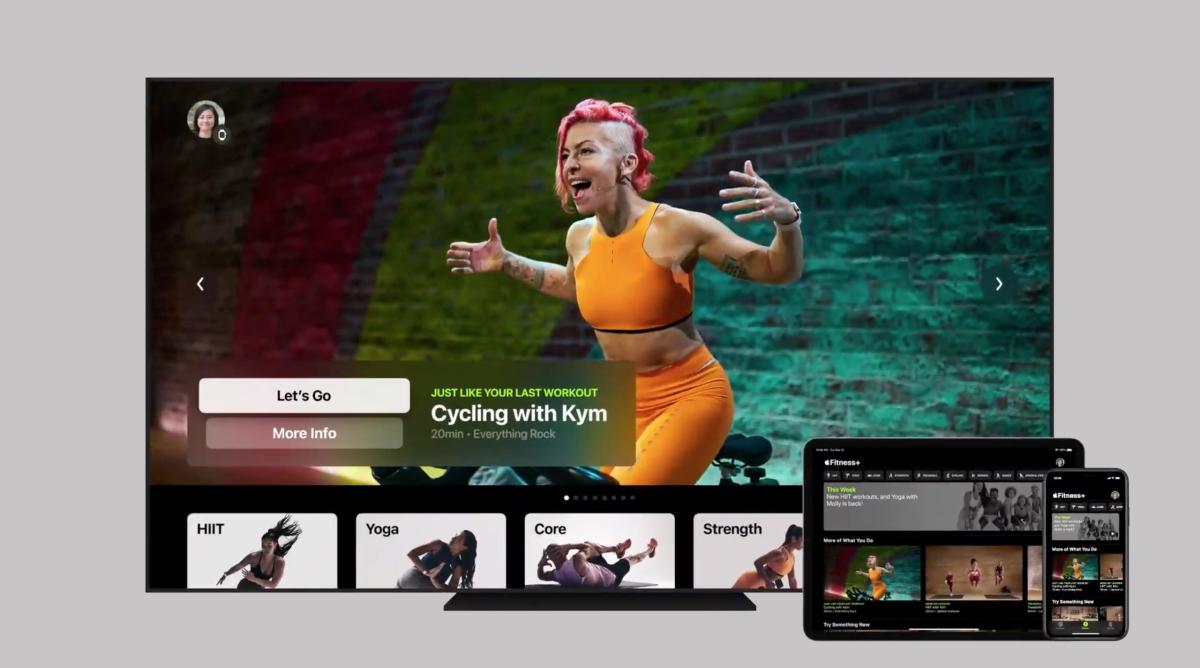 In addition to all the devices that were presented yesterday, the landing of Apple Fitness + in Spain was also announced.

At yesterday’s event we could see that Apple presented numerous devices that will soon be arriving in Spain. It was not only the iPhone 13, but also the Apple Watch Series 7, iPad or iPad Mini. In addition, there was also talk about the expansion of the service Apple Fitness + to 15 more countries, including Spain.

In September of last year we already echoed the launch of Apple’s training platform. This is a service of virtual classes for Apple Watch that guides users in various activities for all levels and that can be contracted by subscription.

Surely driven by the coronavirus pandemic and confinements, it is a service that has grown over time and to which different sports have been added and the possibilities of being virtually accompanied by other people have increased, at this time you can now practice an activity together with up to 32 people at the same time.

The service has expanded to Spain, but also to other countries where Apple has a large number of clients: Austria, Brazil, Colombia, France, Germany, Indonesia, Italy, Malaysia, Mexico, Portugal, Russia, Saudi Arabia, Switzerland and the Emirates United Arab.

As for the activities that can be practiced, at the time it was launched with ten different types of sports, such as cycling, yoga, HIIT, treadmill or strength. Now more have been added and it is possible to do Guided meditations of 5, 10 or 20 minutes, Pilates, skiing and you will have more episodes of Time to walk to motivate in this practice.

READ:  Apple TV +: Apple announces that it has ordered the Shining Girls series

Apple Fitness + is compatible with a Apple Watch Series 3 or later with watchOS 8 alongside an iPhone 6s or later, an iPad with iPadOS 15, a Apple TV 4K or Apple TV HD with tvOS 15.

At the moment Apple Fitness + is in English and will have subtitles in Spanish, although it is likely that it will soon be doubled into our language. As for the launch price, it is unknownBut in the United States it costs $ 9.99 per month and $ 79.99 per year. Anyway, before landing in Spain on September 27 we will know this information.