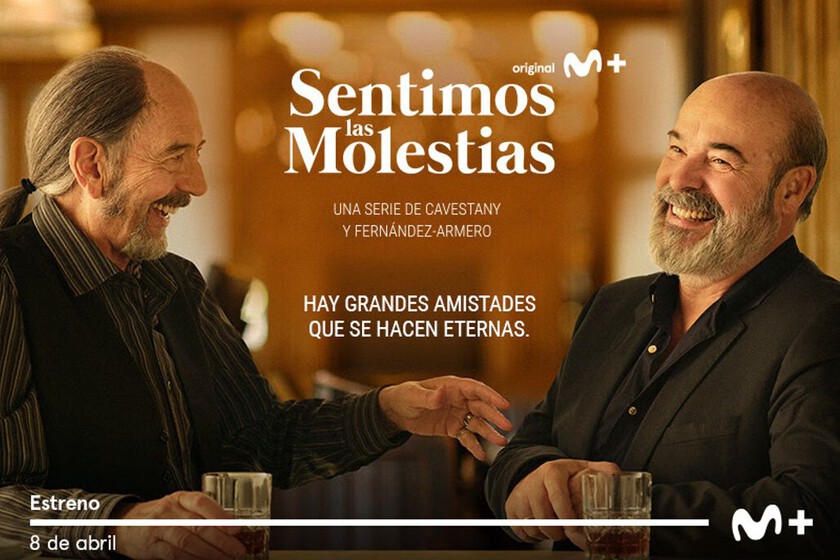 With a slight delay compared to the original announcement (which spoke of February), on April 8th the new comedy from Juan Cacestany and Alvaro Fernandez Armero, the creators of ‘Shame’. Now Movistar Plus+ reveals the new trailer for ‘We are sorry for the inconvenience’.

The director and the rocker

Starring two great veterans as Antonio Resines and Miguel Rellan, the comedy revolves around two friends who refuse to admit that their time has passed. A series that, as the creators say, is about “getting old”:

«[La serie] deals with music, age, romantic relationships, illness, and friendship. We intend to make comedy with these elements and at the same time take a rigorous look at our characters in a realistic current context.

Thus, Resines is Müller, an acclaimed but egocentric conductor; while Miguel Rellán is Rafa, an old glory of rock leader of the band Beware of the dog thatwho refuses to throw in the towel despite the fact that more and more doors are closing on him.

Together with Resines and Rellán, ‘We feel the inconvenience’ includes in its cast Fiorella Faltoiano as Gloria, Müller’s wife; Melina Matthews as Victoria, a cello virtuoso in the Müller orchestra, and Maria Casal as Elena, a lawyer who manages the case of the eviction of the building where Rafa lives.

Operation Highjump The Fall of Berlin Coming to Xbox One