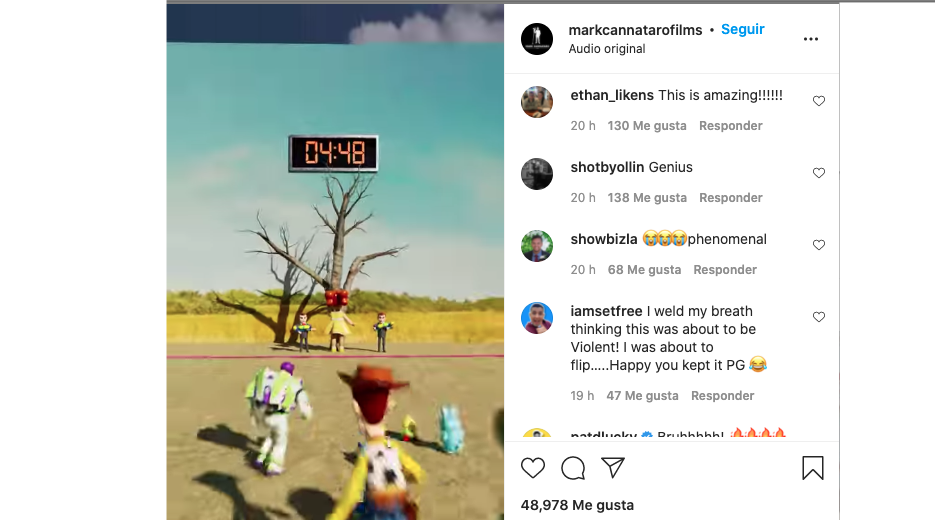 An animator has created his own version of The Squid Game but using the characters of Toy story, which has been well received by social networks.

The Play of the Squid has managed to show its importance for Netflix, since thanks to its narrative and its script both striking and out of the ordinary, where they show us characters with real problems of society wanting to overcome the adversities of the economic world through a series of games that can cost them their lives and a lot of money, It turns out to be liked by the population on a global scale. This series made by the Netflix platform has made users around the world become more and more interested in seeing it, consequently having a very interesting success, since the series is already among the most watched series in the world and with promising goals.

The virality of this series has made social networks, businesses and companies choose to carry out marketing and content strategies to increase the traffic of their networks and even their sales, an example of this we have with the taquería that copied the idea of The Squid Game to sell your tacos, or even creating your own filter on Instagram.

The Instagram user markcannatarofilms, has shared on the social network the creation of his own version of The Squid Game, with characters from Toy Story.

In this animation we can see that indeed, the toy story characters are inside a mini version of The Squid Game, where we see Woody, Sid, Wendy, Rex, Buzz, and others.

In the comments of the publication you can see the good reception from the users, applauding the high quality work done by the animator. This video has managed to have more than 44 thousand reactions in less than 24 hours, a figure that will undoubtedly continue to increase. Similarly, the account has various animations with characters such as Batman, Mario Bros, the Ninja Turtles, among others.

This video where from user who created his own version of The Squid Game with characters from Toy Story, demonstrates the opportunity that the world of digital animation to join the trends and the capacity that this type of content can represent to elaborate new marketing strategies.

The visual content have shown their effectiveness and preference in social network users, since they are constantly bombarded with advertising mainly of images, so a small animation can be shown more effectively to attract the attention of consumers (especially if you have the opportunity to join the trends as in this case with the series).

In accordance with The Video Valley, the rates from conversion what have the animated videos they have up to 34 percent higher records. The animation industry is constantly proving its importance worldwide; Statista shows in his study that this registered a market value of approximately 260,000 million dollars, that is, 5,000 million more than the previous year.

Although it requires the investment of a animator professional that can become a representative expense for our brand or agency, there is no doubt that the acquisition of this could increase the effectiveness of marketing campaigns, sales and satisfied customers.