Bullfrag
Home Technology Smartphone Android has up to 47 times more malware than iOS due to... 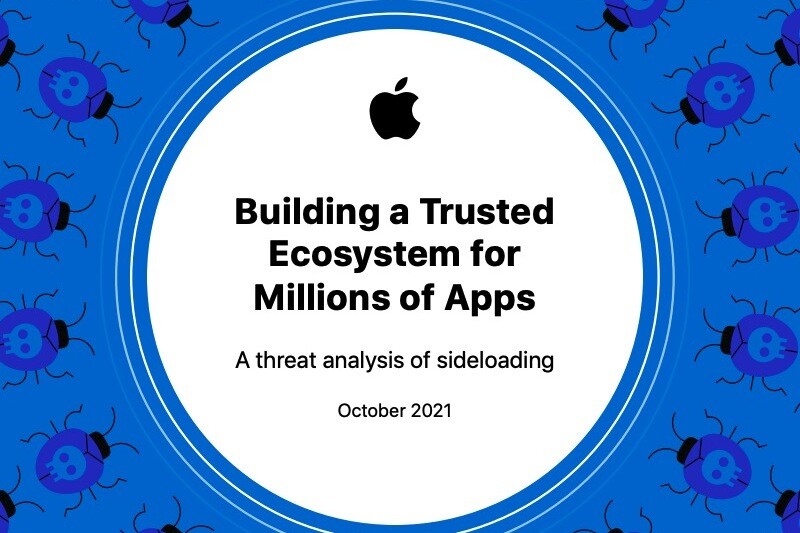 Apple has just published a 28-page report in which they ensure that Android has 15 to 47 times more malware infections than iOS. The main culprit they point to is clear: the installation of applications from outside the Play Store.

After Apple’s trial against Epic Games, the company continues to defend a closed system, in which applications are installed from the manufacturer’s own store. According to Apple, “downloading apps from third-party stores could cripple the privacy and security protections that have made the iPhone so secure.” We are going to tell you the specific data that they wield and the points they deal with.

Apple charges against Android and installations from third-party stores

According to a new report from Apple, in the last four years, Android devices have been infected between 15 and 47 times more than iPhones. The most common types of malware have been adware, ransomware, spyware and banking Trojans, resorting to direct downloads (as in the case of Flubot) to reach the phones.

App attacks masquerading as other apps have increased in recent years, and only affect Android devices

Similarly, they cite data from the EU cybersecurity agency, ENISA, which reported the detection of 230,000 daily infections, 84 million a year, in 2019, and 6 million monthly attacks on Android devices in 2020, according to data from Kaspersky.

Some of these examples are apps posing as other apps, as in the case of Flubot and other Trojans that can be easily installed by directly downloading the APK. We also find cases such as the fake Clubhouse applications, which they stole credentials to obtain user data.

Read:  First impressions of the spectacular renovation of 'PUBG Mobile'

Apple argues that it is much easier to get infected on a platform that allows direct installations, APK in the case of Android. Similarly, it attacks third-party stores for “not having sufficient control procedures to detect harmful apps.”

“The large amount of malware in third-party app stores shows that they do not have sufficient screening procedures to detect malicious applications (and direct download websites do not have an independent verification system), so cybercriminals and criminals Hackers have turned to third-party app stores or direct downloads to spread their apps, taking advantage of the lack of oversight and the inability to control the spread of malware. ” Manzana

They indicate forcing Apple to open the doors to this type of facility would make the iPhone less secure and reliable for users. They claim that “users would be responsible for determining whether the apps they have installed are secure”, something of which, according to them, The iPhone should be in charge, not the user.

Vaccination is an important key to children’s health and development