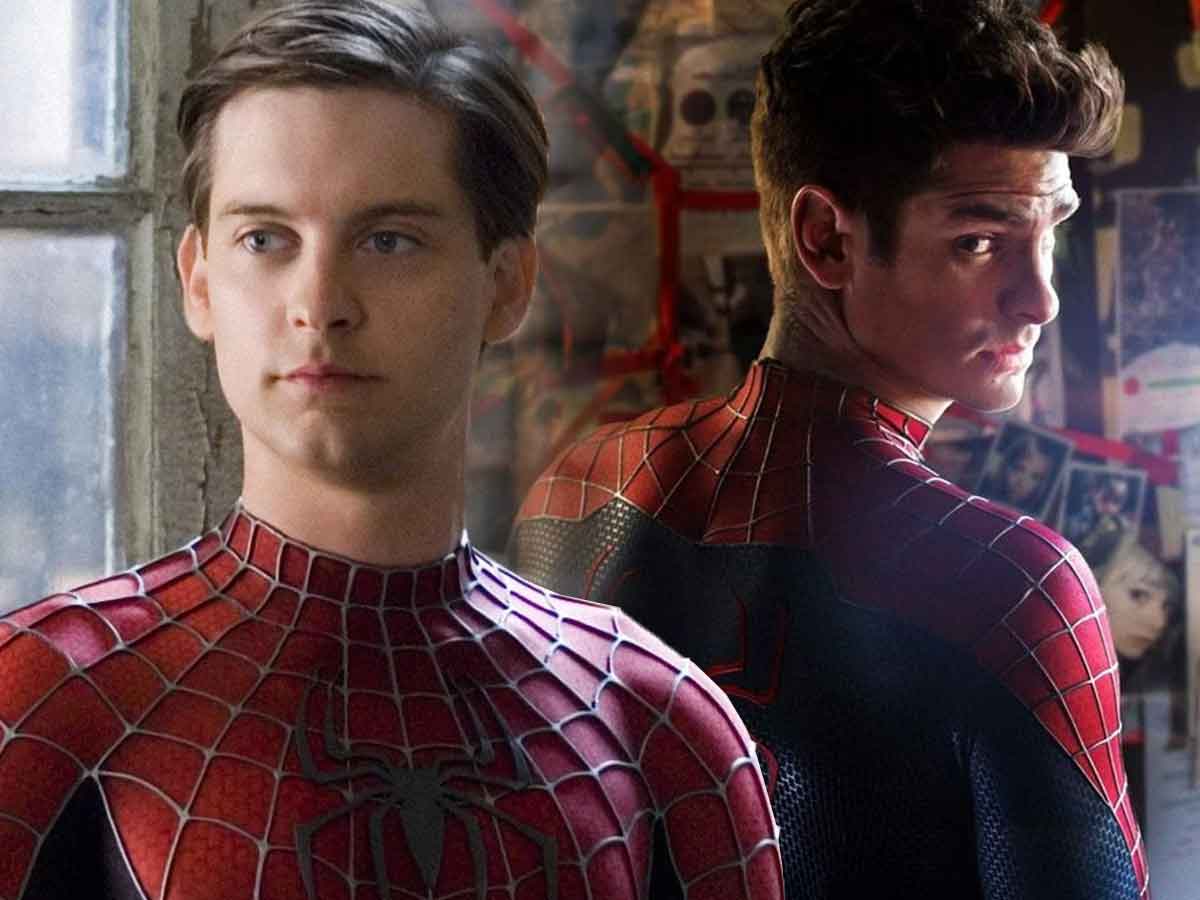 Index hide
1 The Spider-Man: No Way Home movie is being a tremendous success because we can see Tom Holland, Tobey Maguire and Andrew Garfield together.
1.1 Both shared a great creative experience:

The Spider-Man: No Way Home movie is being a tremendous success because we can see Tom Holland, Tobey Maguire and Andrew Garfield together.

We can still enjoy in theaters Spider-Man: No Way Home which has raised more than 1,636 million dollars. The best thing, without a doubt, is that the story is full of shocking moments and much «fan service». But above all, it stands out that they have brought together the versions of peter parker performed by Tom Holland, Tobey Maguire Y Andrew Garfield.

In a recent interview, the actor Andrew Garfield wanted to reveal how he reacted Tobey Maguire to his epic comeback as spider-man.

Andrew Garfield added: “We had this incredible period of a couple of weeks before we started shooting that we were just working on. We were throwing around ideas about what the relationship could become, what the dynamic could be, what the feeling for each other is, and when we first see each other versus when we break up… What’s the journey of that?

Both shared a great creative experience:

“He felt protected. It was very strange. It didn’t feel like we were making this big Spider-Man movie. It felt like Tobey Maguire and I were really working on a relationship between two characters and using our imaginations and playing games. It felt very, very playful, like we were two friends making a little Spider-Man short film and saying to each other: Wouldn’t that be great? I think he really also started to remember his connection to acting, his love for it, as if no time had passed.” revealed Andrew Garfield.

The scene of a spider-man helping another with his back was improvised by both of them.

“We’re like: We’re older guys… How do we express that? How do we express that connection? I was like: I want you to need me, I want to make sure that you like me and that you’re impressed by me. As if he was the little brother to you that you never wanted. It was a bit playful. We had a whole day on that scaffolding jamming and playing and trying things out and figuring out what the tone was, figuring out who the others were. From there, it was incredibly fun.” concluded Andrew Garfield.

Spider-Man: No Way Home is still in theaters, while the rest of installments of Marvel Studios can be seen in the Disney Plus streaming platform, which can be accessed through this link.